Here’s an excellent article on the good, the bad, and the ugly of Christian missionary work in Haiti. Some U.S. missionaries cooperate with existing international institutions and take the time to learn about Haitian culture to discover and serve the needs of the Western Hemisphere’s poorest citizens – no strings attached. They’re truly putting the teachings of Jesus into practice.

Then there are those ten Baptist pinheads who were so drunk on their misguided ideas of God, they tried to take 33 children across the Haitian border without permission or documentation. Most of the kids weren’t even orphans: In the confusion and desperation after the earthquake, their parents were talked into releasing them after the Baptists flashed pamphlets that featured photos of an orphanage-with-swimming-pool. (In fact, that orphanage doesn’t exist in the Dominican Republic as the parents were told).

Of course, the material comfort of the children was not the primary concern – it was their conversion away from the culture of their home country and into an evangelical strain of U.S. Christianity that was paramount. As one Peace Corps member notes in the msnbc.com story, the Baptist missionaries were treating Haiti like their “spiritual sandbox.” 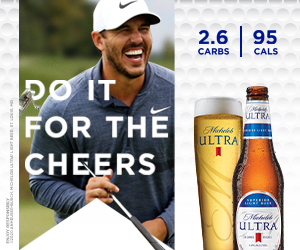 They were warned not to take the kids by several people, including a veteran journalist and the operator of a Haitian orphanage who told them how justifiably jittery Haitian officials are about the sexual trafficking of children. It was all arrogantly ignored.

Now the group’s leader Laura Silsby – who faces a string of unrelated lawsuits in her home state from ex-employees she allegedly failed to pay — is yammering on about how God will rescue them even as she whines that the U.S. State Department hasn’t intervened aggressively enough. Tellingly, her faith hasn’t allowed her to admit that she made a terrible mistake. I don’t wish anyone a long stay in a Haitian prison, but the fact remains — she and the group should not receive special consideration just because they dubiously claim the mantle of Christianity. Now that their God buzz has faded, let them deal with the hangover called “Haitian law.”