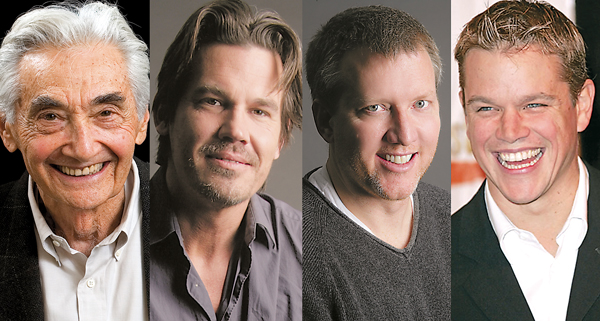 The provocative historian Howard Zinn passed away last month, but his legacy lives on at 1919 Hemphill this evening when they screen The People Speak, a documentary based on Zinn’s books that tell the American story through the eyes of its historically disenfranchised peoples. The film contains multiple appearances by recognizable movie stars reading the words of historical personages, with music by Eddie Vedder. The film begins at 8pm at 1919 Hemphill Dr, FW. Admission is free, though donations are encouraged. Call 817-920-9665.

Howard Hawks directed Only Angels Have Wings in 1939, and though it doesn’t have the stature of Hawks’ masterpieces like Bringing Up Baby, His Girl Friday, or The African Queen, it’s an enjoyable genre picture set at a South American port frequented by daredevil pilots who risk their lives to deliver the mail through foggy mountain passes. It also has one of the greatest endings ever. The movie screens at 7pm at Rm 141, Moudy Bldg, 2805 S University Dr, FW. Admission is free. Call 817-257-7630.

Much of the evidence for the “curse” surrounding Shakespeare’s Macbeth comes from the many great actors who’ve received poisonous reviews attempting to play the Scottish thane who becomes king. This doesn’t come from a curse but from the fact that the character of Macbeth is extraordinarily difficult to play – how do you portray someone whose fate seems predestined? The Theatre Wesleyan folks will attempt to find a solution in their production, which runs Feb 18-28 at 1201 Wesleyan St, FW. Tickets are $4-8. Call 817-531-4211.

The Van Cliburn Competition and its offshoots give Fort Worth audiences a chance to hear contemporary piano music, but it’s still not every week that we can hear such fare. Ursula Oppens has devoted her career to playing modern-day fare, and she’ll be at the Modern this evening to perform a selection of works. Many of these were written specially for her, such as two pieces by Tobias Picker and Parchment, by Fort Worth native Julius Hemphill. The concert is at 2pm at 3200 Darnell St, FW. Tickets are $10-25. Call 817-335-9000. 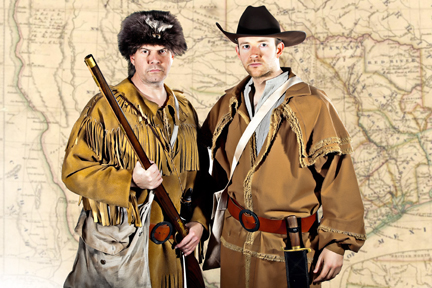 How do you do a musical about the Alamo? Do you go the Les Miz route and turn it into an operatic historical pageant? But then how do you do that with a children’s theater company? Casa Mañana’s upcoming production of Alamo the Musical will try to provide some answers. It’ll be running for three weekends, so there’s plenty of time to catch it. The show runs Feb 19-Mar 7 at Casa Mañana Theater, 3101 W Lancaster Av, FW. Tickets are $15-17. Call 817-332-2272.

The Band of Irish Guards and the Royal Regiment of Scotland take the stage at Bass Hall this evening to perform Celtic music and military drills with all the flourish you’d expect from these centuries-old outfits. Even though this show is being put on by foreign military services, members of the U.S. military can get their tickets at a discounted price. The show is at 8pm at 555 Commerce St, FW. Tickets are $25.50-78. Call 817-212-4280.

Known for his hale, burnished baritone voice, his sensitivities to the nuances in an opera’s text, and his ability to look good with his shirt off, Nathan Gunn is in North Texas to star in Dallas Opera’s production of Don Pasquale opening this weekend. Today, though, he’ll be taking time off to appear at UNT to give a master class to voice students. The class is at 4pm at UNT Music Bldg, Av C & Chestnut St, Denton. Admission is free, but seating is limited. Call 940-369-7802.