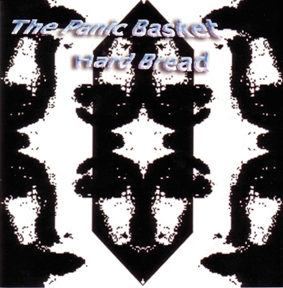 Although Kobetich used to break out his Les Paul and Marshall amp at the old Wreck Room Wednesday night jams, it’s a stunning surprise to hear him playing electric guitar on disc for the first time in years. On “Tin,” the guitarist sounds tentative, overlaying simple bluesy lines, as though he and his collaborator are feeling each other out, getting musically acquainted. By the time “Last Night” rolls around, a couple of tracks later, he’s blending more naturally with Wood’s sampled, processed groove, and he interweaves sinuous lines all over the tour de force “Cross Creek.” Another highlight is “Indian Summer,” which features Kobetich deep in his Jimmy Page-influenced acoustic modal raga bag.

“Can Cram” and “Swan Song” both percolate with sinister menace. (Is it possible that folks, this writer included, tend to hear such qualities in electronic music because of its frequent use in suspense thriller soundtracks? Discuss.) “Catfish” features the found sounds of a religious radio broadcast that become irritating after a minute or two (and they’re audible throughout the six-minute track). And “042” is eight full minutes of sped-up sounds. Overall, Hard Bread is a fascinating — if not always satisfying — release.