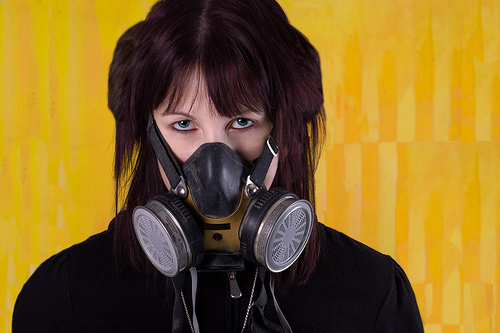 And here you thought all that brown stuff you’ve been seeing and breathing for the last few years was just the smokescreen being emitted by Fort Worth City Hall to cover its Barnett Shale see-no-evil/smell-no-evil strategy! Static learned this depressing nugget at the kick-off meeting of the North Texas Clean Air Steering Committee. The event was a three-hour bottom-numbing affair that featured elected officials, bureaucrats, and a dizzying overview of air pollution regulation in North Texas.

The fastest talker at this data-blitz was Texas A&M University professor Dr. Bryan W. Shaw, chairman of the Texas Commission on Environmental Quality, who has managed to remain photogenic despite all the brickbats flung at his agency in recent years. He delivered a cheerful keynote presentation at breakneck speed, then dashed away, leaving TCEQ staffers to provide details and explain how they will help the committee identify the best strategies for cleaning up North Texas air going forward. The effort is critical because North Texas didn’t meet its previous air quality goals and is now being reclassified as a “serious” non-attainment area under old standards. Worse yet, EPA will introduce even stricter ozone requirements by the end of this summer.

It seems kind of funny –– and by “funny,” we mean “horribly tragic” –– that Mayor Mike Moncrief and his minions are hell-bent on manipulating air quality studies and ordinances and making them as favorable as possible for the gas drilling industry. Despite howls from residents, city officials have regularly insisted on creating task forces and committees top-heavy with industry insiders. Most recently, the city’s air quality committee was created to research and recommend an independent company to perform an air emission study. People were concerned that carcinogenic toxins were being released into the air at drilling sites. Of course, the Fort Worth City Council insisted on putting drillers on the committee despite protests from residents. An ethics review panel later cited the conflict of interest, but by then the air quality committee had named a contractor.

Moncrief refers to the “Fort Worth Way” so often in meetings that it’s become a joke –– and a potential drinking game. But he seldom uses the phrase in instances when it’s apropos –– such as when kowtowing to the oil and gas industry, throwing ethics out the window, striking insider deals, and ignoring constituents.