Out on East Belknap Street, in a stand-alone building covered in Western murals, honkytonk is alive and kickin’. The Stagecoach Ballroom, with a history stretching back a half-century and across three locations, is one of the largest and oldest dancehalls in Texas. And the place is still true to its roots. The live music is still of both kinds –– country and Western –– the parking is still free, and the drink prices are still low. If co-owner Jean Czajkowski (pronounced cha-kow-skee) has her way –– and she will –– the Stagecoach won’t be changing anytime soon. 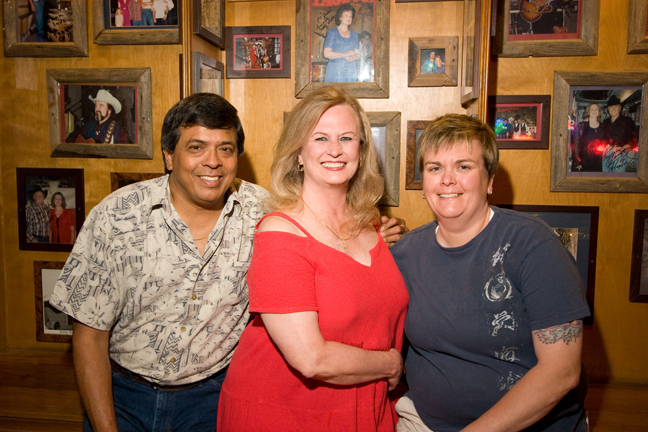 The joint opened in the Stockyards in 1961 as the Stagecoach Inn, moved to a second location a few years later, and landed on East Belknap, with a slightly different name, in 1966. In the decades since then, the Stagecoach has also been quietly (but melodically) making a name for itself as a place that hosts burgeoning honkytonk talent. Sonny Burgess, Dale Watson, and Bobby Marquez are three of the most popular new traditionalists to grace the Stagecoach’s stage, and Willie Nelson, Jim Reeves, and Bob Wills all played the venue early in their careers. And most of the artists who regularly play the Stagecoach are from the 817.

“I am always amazed at the local talent,” Czajkowski said. “But, after all, Fort Worth is the music capital of the U.S.A. for every style of music, not just country and Western.”

The Stagecoach was originally owned and operated by local C&W musician Ray Chaney. After Chaney’s death in 1972, the nightclub was run for several years by his widow, Faye. She eventually sold it in 1976 to Czajkowski’s father, Bruno Czajkowski, and uncle. They promptly changed the nightclub’s name, losing “Inn” and adding “Ballroom.” Jean eventually bought her uncle’s share of the establishment and is in the process of buying her father’s share.

The club’s rich history and vintage décor (including neon signs dating back to the ’60s) might suggest that the Stagecoach got its wheels stuck in a rut long ago. But Czajkowski said the keepin’-it-old-style vibe is purposeful, not accidental. “We don’t follow trends, and for the most part the nightclub hasn’t changed” since its inception, she said.

The Stagecoach is a family affair. Czajkowski’s husband, Kiran Desai, can often be found behind the bar, and her three children –– John-Paul Chidgey, Jennifer Chidgey, and Julia Pearson –– pitch in when they can.

Jennifer believes that part of the nightclub’s allure is the bar, known by the staff as the Beer-eteria. There isn’t any sitting room there, which is intentional –– the point is to belly up, get your drink, and head back to the dance floor, keeping the party going.

Czajkowski said that because the Stagecoach is a dancehall first and foremost, the family has tried to concentrate on booking artists who, well, will get people dancing. Though most of the artists who play the Stagecoach can be easily classified as country, some newbies are a little harder to pigeonhole. “Until the last eight or nine years, I completely steered away from bands that only played Western swing music,” she said. “However, now we have incorporated those bands into our lineup.”

Jennifer spent seven years booking talent as the nightclub’s manager. She thinks that bringing in up-and-coming performers is an important part of carrying on the tradition of country music as well as the key to keeping the club alive. “From the music to the dancing, I see a new age of people attending the concerts and dance lessons,” she said. (The Stagecoach regularly offers free dance lessons.)

She said that while the Stagecoach’s customers like a blend of new and old country –– and occasional crossover pop –– they mostly prefer the sound of what first drew them there: traditional country. Some regulars have had their names branded or carved into their favorite tables. Probably the most famous is a table shaped to resemble a stagecoach. The customer designed and built it himself. “If someone [among the regulars] isn’t here one night, everyone notices,” she said.

Like a lot of venerable nightclubs, the Stagecoach has its stories. The most popular has to do with Willie Nelson, who was not allowed by an employee to enter one night in the late 1970s because “he’d let go of any clean-shaven image he had,” Czajkowski said, and he looked (to be polite) haggard.

The next morning, the news that Nelson was denied entrance to the Stagecoach was “all over the place,” Czajkowski recalled.

The Czajkowskis will celebrate their 35th year of owning the Stagecoach Ballroom next March. Slated to play this weekend are Canyon Creek on Friday and Bobby Marquez on Saturday. l