“I reported illegal conduct to the district, and the district transferred me and cut my pay,” Joe Palazzolo said. “Now they are bringing baseless allegations against me simply because they are mad.”

Palazzolo is the former assistant principal at Arlington Heights High School and the unnamed whistle-blower in Fort Worth Weekly’s recent cover story on alleged attendance fraud there (“Powder Keg,” Aug. 11, 2010). 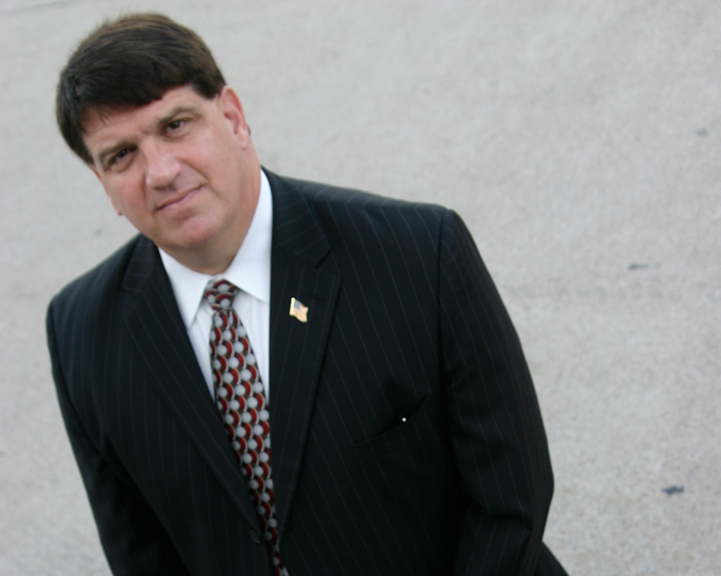 He was put on administrative leave with pay last week by Robert Ray, the Fort Worth district’s chief of schools, allegedly as the result of a complaint that Palazzolo “put his hands on a child inappropriately” about six months ago. District spokesperson Barbara Griffith said the complaint was filed Aug. 24 by several Heights parents. District officials have declined to tell Palazzolo the names of those parents.

Palazzolo, a retired Army captain and a veteran of 12 years in education, denied ever improperly touching a student. A local teachers’ group leader said the handling of the complaint thus far breaks the district’s own rules. And Palazzolo and his supporters see the complaint as a continuation of the district’s attempts to discredit and punish the former assistant principal for passing along the allegations that it was his job to report.

In fact, Larry Shaw, head of the United Educators Association, said district officials have tried similar “Gestapo tactics” against at least one other Heights teacher who had brought complaints of illegal activity to Palazzolo. That teacher, he said, was threatened with suspension and firing if she didn’t tell investigators which Heights teachers had provided information to the Weekly for its story.

In June, after he reported charges of extensive illegal activity at Heights to district administrators, Palazzolo was abruptly transferred to first one and then another campus, and his pay was cut. The news of his transfer was delivered by Ray and Chuck Boyd, assistant superintendent over secondary schools. Transfers at that level, however, must be approved by schools superintendent Melody Johnson, whom Shaw and others hold as ultimately responsible for what is happening to Palazzolo.

At the time, Palazzolo filed a complaint of retaliation against the two administrators. This week he upped the ante, filing a whistle-blower complaint — considered a more serious allegation — against the district and hiring a lawyer.

The original allegations that Palazzolo reported, based on statements from more than a dozen Heights employees, are now under investigation by the district and will be investigated by the Texas Education Agency once the district’s probe is complete.

Shaw said that because the district accepted and is acting on a complaint based on actions that allegedly took place six months ago, the district administration “is in violation of its own policy and state law as to when grievances [against educators] must be filed.”

The policy, adopted in 2003, states that a complaint against a district employee must be made within 10 days of the time the complainant “knew or should have known of the event causing the complaint.”

To both Palazzolo and Shaw (who has acted as Palazzolo’s representative in the grievance process), the new complaint sounds a lot like what former Heights Principal Neta Alexander threatened Palazzolo with back in late June — alleged complaints for which they said she provided no documentation.

Alexander, who was implicated in the accusations of widespread attendance fraud, has since been suspended as well. She could not be reached for comment.

At that meeting, Shaw said, Alexander told them that she had “13 complaints against Joe.” He asked to see them and the supporting documentation, such as summaries of meetings concerning the complaints, letters of reprimand, or written decisions, but there were none. Shaw said Alexander admitted she had not previously told Palazzolo of the complaints.

“I told her that according to board policy, if you did not tell him about the complaints, they don’t exist,” he said. “In my mind, if there had been complaints, and there was no paperwork to prove it, the principal is not doing her job.”

Shaw said the district policy, based on state law, lays out a detailed process for dealing with complaints against educators: The complainant is required to request a conference with the principal within 10 days; the principal then is required to schedule a conference with the parties within the following seven days and then render a written decision on the validity of the allegation within another 10 days.

The UEA president, who is head of the largest education employees’ association in the district, said he saw Palazzolo’s personnel file during that time and there were “no complaints filed, only evaluations by Ms. Alexander that gave him high marks for ‘meeting expectations’ as an assistant principal.”

Shaw thinks the charges could be fabricated. “We [at UEA] have long believed that if a principal wants to get rid of someone, he or she will simply find a parent that they are close to and talk them into signing a made-up complaint. I have expressed my concern about this to Melody Johnson, to no avail,” he said.

The district’s use of untimely allegations to suspend him is the basis of Palazzolo’s own new complaint against the district. “I was informed that the district is investigating me based on inappropriate behavior alleged to have happened months ago. None of that was ever brought to my attention,” he wrote in his complaint. He asked that the charges against him be dismissed as having no merit.

Palazzolo’s written statement also questions Griffith’s assertion that the complaint came from parents. He wrote that Ray, the chief of schools, told him that the allegations did not come from “a parent, a teacher, or a student.” That left only an administrator, he wrote.

Griffith was adamant that the complaint that led to Palazzolo’s suspension came from “several parents” and no one else. Privacy laws prohibit her from releasing their names, she said.

Shaw, who now represents 15 of the teachers who filed complaints of attendance fraud and other misconduct at Heights, said that by filing the whistle-blower complaint, Palazzolo has raised the stakes for the district. According to state law and board policy, he said, a whistle-blower complaint shifts the burden of proof to the district to prove that its actions against Palazzolo were not in retaliation and “would have occurred anyway.”

Palazzolo is the fourth school district employee to be suspended in the wake of the attendance scandal. Alexander, her assistant Debbie Bell, and Boyd, the assistant superintendent who delivered the news to Palazzolo that he was being transferred, were put on administrative leave following the publication of the Weekly’s original story.

Some observers believe that what is happening to Palazzolo is a classic case of killing the messenger. “This … practice is alive and well for employees of the Fort Worth ISD,” trustee Ann Sutherland wrote on her web page. “One of the main reasons there are so many problems in the district is the fear of retaliation, even though this [retaliation] is illegal.”

For at least one Arlington Heights parent, the timing is everything.

“The timing of this [suspension] is highly suspicious,” said John Sims, whose two boys attend the school. At the last school board meeting, he asked for an outside investigation into the allegations of wrongdoing at the school. “In no way do I support what’s gone on at that school, and I don’t trust the district to investigate itself,” he said in a later interview. “And now this [suspension]? If this happened six months ago, why wasn’t it reported at the time? Why wait until now, after Mr. Palazzolo has blown the whistle on all of the problems there. … This is being done to protect the administration. Well, what about the kids?”

Sims said that, among other concerns about Heights, he remains worried about his sons’ safety.

Sims said that his older son, a freshman last year, was so shaken by a fight between 60 to 80 students that he witnessed that he left the campus to escape the violence. The boy told his father that he saw “blood everywhere” that day.

“What does this say about the safety of that school, that a young boy would feel he had to leave to protect himself? … Mr. Palazzolo and a few coaches were the only ones out there trying to break up the fight because the police were not called right away. How confident does that make a parent feel?” Sims said.

Shaw said that the outcome of the whistle-blower complaint will be watched closely by the teachers he represents. “They are very scared for their jobs,” he said, “but if Joe is successful, they will have some degree of safety.” If he loses, Shaw said, “We will defend them as vigorously as we have defended Joe.”

He said he has already intervened on behalf of the teacher who was threatened with being put on administrative leave and eventually terminated if she didn’t give up the names of the teachers who spoke to the Weekly. Shaw said that teacher, who asked not to be named, refused to give that information to the district investigator. Shaw took her case to Johnson, who supported the teacher, basically telling the investigator to back off, Shaw said, and the teacher has been returned to her classroom.

“Melody did the right thing that time,” he said. But she has dug in with a “bunker mentality” against Palazzolo, he said. And he said he expects the results of the district’s investigation to be a “whitewash.”