In May, when a Joshua police officer spotted a truck entering a vacant lot, he decided to investigate. The muddy mess he discovered and the series of events that preceded and followed would prompt a new law in the city of Joshua. And that in turn could signal a change in how North Texas towns and cities deal with the phenomenon known as landfarming.

The officer discovered that the truck and its operator were dumping hazardous material known as drilling mud onto a large property inside Joshua city limits. The “mud” is actually sludgy waste from the hydraulic fracturing process, and Barnett Shale gas drillers produce massive quantities of it. 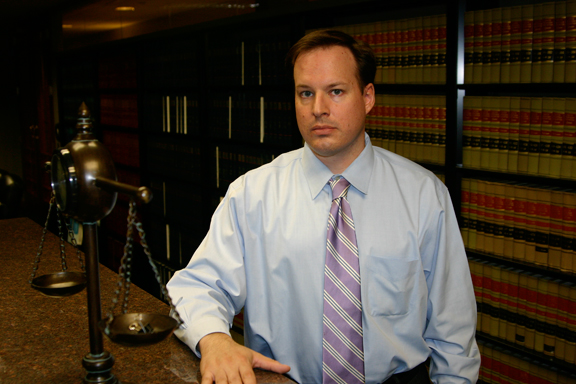 Drilling mud — a clay, water, and chemical slurry — is used to lubricate the drill bits and to bring drilled–out materials to the surface. The mud carries all kinds of contaminants: chemicals used in the drilling process, chemicals in wastewater from the wells, and substances found in the shale itself. Researchers have found radioactive materials as well as carcinogens in the mud — which makes disposing of the stuff a major environmental question.

One disposal method is landfarming or mudfarming, which entails spreading the sludge over vacant land and tilling it into the soil. The theory is that the microbes from the healthy soil will eat the potentially dangerous hydrocarbons, and the soil can then be treated and re-enriched.

The mud is often stored at drilling sites in sludge pits and then hauled to offsite landfarms like the one the Joshua police officer discovered. But that’s not likely to happen again in Joshua, at least not legally, since the Johnson County town in May became the first municipality in Texas to pass an ordinance banning offsite landfarming.

Other cities may follow suit. The law firm that represents Joshua has written to the more than 20 municipalities that it represents, informing them of the potential dangers of landfarming and suggesting they “contact our office for additional information on an ordinance tailored to fit your city’s concerns.” In July, the city of Alvarado passed its own landfarming ban, patterned after the one in Joshua.

Joshua’s director of operations, Mike Peacock, said the city was forced into action when officials realized what was happening.  “Our position is that this was a hazardous-materials dump,” he said. “And we told the owners that we would cite them for illegally dumping hazardous materials in the city.”

When a representative of A to Z Mud Company, the firm that was hired to transport and dump the mud, went to the city to get a permit, officials told him that they did not issue such permits and the company would not be allowed to operate a landfarm within city limits.

Peacock believes that the company might have been dumping waste for weeks, unaware that the site is within city limits, because the permit issued to the company by the Texas Railroad Commission did not indicate that. The commission is charged with regulating the oil and gas industry in the state.

When the police officer discovered the dumping, the company had already been told to stop the practice. According to Peacock, workers were also cutting the mud with diesel fuel, which is illegal but not uncommon.

The city shut the operation down and padlocked the property, leaving tractors and oil and gas equipment confined to the site. A to Z officials threatened to take legal action.

“The owner of the company decided that we were wrong and he was right, and he was going to sue,” said Peacock. “He had a permit from the state and [said] that trumped anything that the city had, which, fortunately for us, was not true.”

The city hired another company, Protect Environmental Services, to test the site. According to the tests, the hydrocarbon levels were higher than the Railroad Commission allows.

The city also found that the mud was coming from sites drilled by EOG Resources, whose officials, Peacock said, were very contrite.

“They said that they wanted to fix this, so we said, ‘That’s fine with us, that’s all we wanted.’ ”

City officials were concerned because the landfarm was about 100 feet away from a creek and about 300 feet from an elementary school, and the soil is very sandy.

“This stuff was just soaking into the dirt,” said Peacock.

Peacock was concerned that predicted rains could cause dangerous chemicals to run off into the nearby creek or end up near the school. EOG, he said, came out immediately and built sand berms around the property. The city discovered that A to Z had dug several pits on the site after being directed to cease operations. EOG filled the pits and posted guards around the property to make sure that no one else dumped there.

The day after meeting with Joshua city officials, EOG sent trucks to vacuum up all of the pooled wastewater. The company also removed the top layers of soil and started the appropriate treatments. EOG agreed to do monthly testing to monitor the hydrocarbon levels until they came down to acceptable standards. The energy company paid for the testing fees and all other expenses the city incurred during the ordeal.

The city cited A to Z, the property owner, and EOG for illegal dumping and violation of the zoning ordinance but agreed to drop all the charges once everything was cleaned up.

In most parts of Texas, landfarming is not illegal, though there are restrictions on it. The Railroad Commission regulates the quantities of mud that may be spread on a site and sets maximum allowable levels of toxicity.

Environmentalists, scientists, landowners, and other observers are worried that the Railroad Commission’s oversight of the practice — which involves a lot of “self-policing” by the industry — isn’t nearly strong enough. Many critics charge that the agency is nothing more than a rubber stamp for oil and gas operators. In addition, thanks to a George W. Bush-era initiative, landfarming, like many other activities of the oil and gas industry, is exempt from federal clean air and clean water legislation.

David Ritter, an attorney for the Fort Worth-based law firm Taylor, Olson, Adkins, Sralla, and Elam, said that the lack of state and federal regulation was one of the motivating factors in passage of the local ordinances. The firm represents Joshua and Alvarado.

“[Joshua] became aware that there were potentially miniature toxic waste dumps, for lack of a better term, in their city limits that they were not notified about, nor were they required to be under the existing law. They were trying to fill a hole in a regulatory scheme,” Ritter said.

The ordinance drafted by the law firm cites a May 12 Fort Worth Weekly article (“Toxic Drilling Waste is Getting Spread All Over Texas Farmland”) as one of the examples of the adverse effects of landfarming.