Being more interested in the differences among people than the similarities, Chow, Baby is not much into activities that require a membership card — how boring to spend two hours talking about one small thing we have in common that makes us oh-so-super-special. (You’ll never catch Chow, Baby at a Texas Exes gathering again.) But car clubs — that’s different. What could be more thrilling than a two-hour brake pad discussion?


And it would be fun for the super-special Chowbabymobile, one of just a few dozen (in running condition) of his specific ilk in the county, to spend an afternoon among his own kind. Chow, Baby decided to check out the next of-his-ilk club meeting: a car show and lunch at Fat Daddy’s (817 W. Debbie Ln., Mansfield). 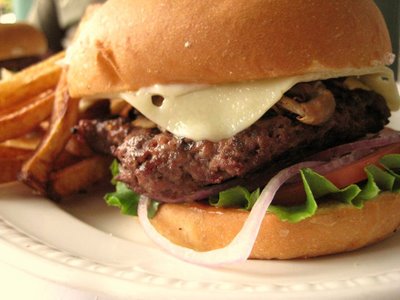 Boy, did that plan backfire, so to speak. The Chowbabymobile is still sulking over his third-place finish in the car show (strange but true: though Chow, Baby has no gender and not much personality, its car has both). And Chow, Baby is still annoyed about bad service, now its No. 1 Pet Peeve of 2010 and probably 2011 as well. The two servers on duty tried their best but were badly outnumbered; apparently it came as a surprise to whoever makes up the server schedule at Fat Daddy’s that a (long-booked) club meeting might bring in more than the usual Sunday-afternoon crowd. So no smiles, no water or tea refills, and no clarification of happy-hour versus regular menu, which resulted in one wings order at our table being billed at $3 and another, apparently identical, at $7.99.

When our food finally arrived, though, it was quite good by sports-bar standards. Chow, Baby’s mushroom Swiss burger ($8.49) was server-error overcooked; still, the meat was flavorful and the nicely sautéed mushrooms were real, not canned. And Chow, Baby can speak to more than just the burger, because another benefit to joining a club is that a bunch of people you’ve never met before will let you eat right off their plates: The thick chicken and sausage gumbo ($3.99) tasted like it actually started life with a real roux, and another generous tablemate’s bacon-wrapped shrimp ($6.99 for five big ones, of which Chow, Baby got two) were perfectly cooked and served with a worthy remoulade.

Thus Chow, Baby re-learned one lesson that it keeps forgetting: The number of high-def TVs in a place is not always inversely correlated with food quality. That is to say, Fat Daddy’s has pretty good food. Also it turns out that the Chowbabymobile’s constant whining, which Chow, Baby had always heard as “pleeeeeease I want a new paint job,” is actually coming from the fuel pump. Good thing Chow, Baby is in a club with super-special people who like to share expertise and tools as well as meals.