The closing of Billy Miner’s Saloon last Thursday was the end of an era, one that stretched back 27 years, to the birth of one of the most popular neighborhoods in town (and nationwide model for urban redevelopment), Sundance Square. Billy Miner’s owner, Peggy McMullin, is retiring. So you’re probably thinking, “Some bar has closed. Who cares?” And with so many entertainment options in the West 7th Street corridor, TCU area, and near South Side, you’d be forgiven for not being concerned over one place’s demise. 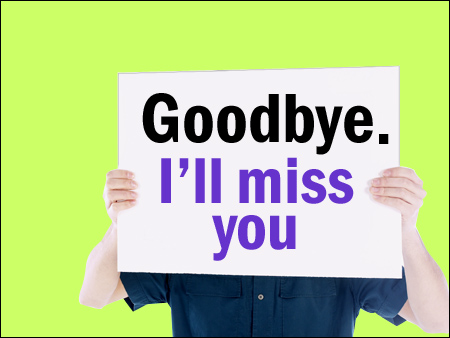 But every world-class city needs a place like Billy Miner’s, a place that’s dependable, that fosters community, that allows the city’s history to come to life through stories in a family-like atmosphere. Now that Billy Miner’s has gone the way of another early Sundance Square establishment, the Caravan of Dreams, nothing remains of Sundance Square’s beginnings –– and Fort Worth is less of a world-class city by one major landmark.

My history with Billy Miner’s goes back to the early 1980s. I was a regular performer at the Caravan, a world-class institution if ever there was one. My very first artistic effort was accomplished on the Caravan stage: a staged reading of my first book, This Land, accompanied by slide photos of the people and places in the story. In the late 1980s, I organized poetry readings to raise money for a group that worked to stop the opening of the dangerous Comanche Peak nuclear power plant, and at a special benefit in 1987, Larry McMurtry read the last chapter of Lonesome Dove to a packed Caravan house. Before and after shows, performers regularly gathered at Billy Miner’s. At the time, Sundance Square was still part of an empty and decaying part of downtown, but Ed Bass dreamed of a city center downtown to spend money. Billy Miner’s kept them there.

In the late 1980s, the stock market crashed, crippling or destroying many Sundance Square buisiness. But Billy Miner’s survived. I moved away in the ’90s to a New Mexico farm but in 2002 moved back to Fort Worth and until last week regularly met friends at the spacious bar/restaurant at Third and Houston streets.

Billy Miner’s wasn’t a grand and expensive place, but it had that special atmosphere, one that made everybody feel welcome and relaxed. In expectation of the closing, I spent a few recent afternoons there. I ran into many old friends, including Keith Tidwell, an oil-and-gas businessman and Republican I’d known years back. He and I reminisced about our sometimes heated but always civil political conversations. We learned from each other, and we respected each other’s point of view. Now that Billy Miner’s is gone, I don’t know where I can go to talk to a reasonable Republican again.

The people who met there found a home, a place where people knew not only their names but also their lives and the lives of their families and friends. Billy Miner’s people were like that –– people who enjoyed one another’s company, who drank not to forget but to elaborate, people with stories to tell and the courage to tell them, people like leather crafter/attorney John Paul, whom I’ve known since his grade-school days (and who’s now selling his handcrafted leather bags from a West Magnolia Avenue storefront). Like his sister Jennifer and my two boys, Clayton and Jake, John Paul grew up in Billy Miner’s. There was Star-Telegram columnist Bob Ray Sanders, who often found his way to Billy Miner’s for lunch. There was a man named simply Watoski from the bayous of Louisiana. A street gambler and dancehall gangster, he shined shoes at Billy Miner’s for years. He’s in jail now, after a shoving match in an Eastside bar. When the cops ran his name in their computer, they learned that he hadn’t reported to his probation officer since 2007. My lawyer friend Edwin hopes to get him out on parole once again, and he’s doing the work free of charge.

There was also Nick, the cleaning man and hairdresser who was there in ’85 when the employees from a bookstore across the street tore the front covers off good books and dumped the books into the trash. Nick retrieved them and handed them out at the bar. Billy Miner’s librarian, he saved the books because he loved them. And there was Huey Ball, the architect who designed the Fort Worth Convention Center. His father had been the principal at Little Rock Central High School when the first African-American students were admitted in the 1950s. Huey drank good Scotch and told good stories, though I never really forgave him for having most of lower downtown gutted to make room for the convention center.

Surveying the Billy Miner’s crowd one recent afternoon, I noticed that not one person was texting on a cell phone –– as they do at most other bars –– and I felt a chill thinking that the concept of the talking saloon could die in Fort Worth with this one’s closing. Billy Miner’s wasn’t Cheers –– it was better. And on any given day or night, there were people of every race, every color, every social class, and every age, all there to listen, talk, and relax.

The place’s appeal included the bartenders. One of my favorites was Caroline, energetic and beautiful, wiry and smiling, who was raised in an orphanage in Fort Worth. The state said her father was unfit. But he was “a good man,” Caroline once told me, and she ran away twice to see him (only to be caught and sent back). “They turned me loose when I was 18, dumb as dirt, with no skills, no place to live or work, just, ‘So long,’ ” she said. “I’ve been tending bar most of my life. It’s what I like doin’.” She winked, and John bought another round. She’s now bartending at the Stagecoach Ballroom on East Belknap Street –– hired by Jennifer.

What does the future hold for the Billy Miner’s space? For the 2011 Super Bowl at Cowboys Stadium, the bar will serve as ESPN’s headquarters. What happens afterward is anybody’s guess.

At the east end of the bar, close by the windows facing Third Street and just behind the bar, the employees placed a sign that read “The End is Near.” I’m left with that feeling about Fort Worth now that my favorite bar has closed. Ed, if you’re still out there, how about saving this one last piece of history in Sundance Square? –– Kendall McCook