The steady drumbeat of the helicopter rotors was the best sound 2nd Platoon had heard all day, coming from the southwest — the three dots quickly turned into two Apache attack helicopters escorting the medevac Black Hawk. The medevac stood off until the Apaches, with 30mm cannons blazing, made sure that any insurgents left in the area would flee or at least hide and stop shooting. It’s strange how that sound can bring joy or dread depending on which side of the fight you’re on. 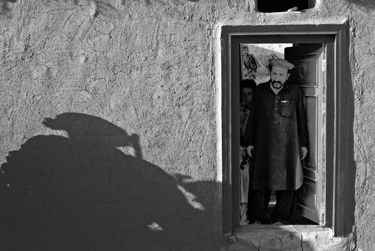 Sgt. Brent Roberson, an intense, quiet young man from Houston, made his way to a clearing at the top of the mountain, where, if he’d cared to look, the border of Pakistan and its warren of smuggling routes were visible less than a mile away. He threw a yellow smoke canister to signal where the helicopter should land. Forty-five seconds after the chopper set down, soldiers had loaded Specialist Josh Sommers’ stretcher and handed over the “casualty card” that would tell doctors back at OE — Forward Operating Base Organ E — what combat medic Gus Griechen and Sommers’ buddies had done to save the 23-year-old’s life. The Apaches headed back to OE, where their women gunners would refuel and rearm and start the hunt again for more insurgents to kill.

Back on the gray, scrub-covered mountaintop, Lt. Adam “Moose” Jarmuz knew his platoon, part of the 101st Airborne, was still at risk. A mere 10 minutes after the Black Hawk lifted off, a bomb from an F-15 had taken out almost 40 of the enemy. But if the Americans stayed where they were, it would only be a matter of time before the insurgents would muster a larger force to oppose them. So as the afternoon waned and turned into the absolute darkness that is night in Afghanistan, the platoon made its way — tripping, stumbling, out of water and food, with cliffs all around them — back down the mountain in a 10-hour push to safety that some of the men later described as more terrifying than the firefight.

It was just another mission out of Combat Outpost Margah, one of the most remote U.S. posts in Paktika province in eastern Afghanistan. Another bloody firefight for part of the company that’s taken some of the  heaviest casualties in this conflict. Just another day in America’s longest war.

The United States has now been in Afghanistan more than nine years — longer than the Soviets, who left in utter defeat after a conflict that turned into what many consider their version of Vietnam. When this war began, as a result of the attacks of Sept. 11, 2001, only Afghanis living in large cities even knew those attacks had occurred, let alone participated in or approved of them or had even heard of a man named Osama bin Laden. 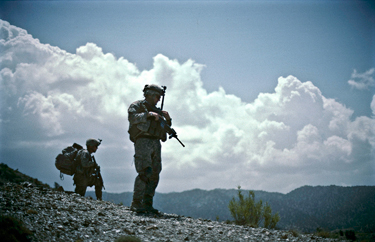 On 9/11, Gus Griechen was sitting in Ms. Larson’s sixth-grade class in Dillingham, Alaska. Sgt. First Class Stephen “Smoke” Peacock, a career soldier from Portland, Ore., had just finished a deployment in Kosovo. That day on the mountain in Afghanistan in June of 2010, Peacock would help save Sommers’, Griechen’s, and all of 2nd Platoon’s lives with the skills he’d honed for 22 years.

The U.S. now has about 98,000 troops in Afghanistan, and, as of this week, had lost 1,454 killed in action, about a quarter of the totals from the war in Iraq. Almost as many soldiers died in 2010 in Afghanistan as died in Iraq in three years. After all this time, when pundits and politicians talk about winning the war, they have yet to define what winning is.

In 2001 the sending of troops to Afghanistan seemed, for many, to be more clearly a just response to the terrorist attacks than the war in Iraq would be. Afghanistan was where bin Laden, the founder and spiritual leader of the 9/11 attacks, was widely believed to be in hiding and possibly planning other attacks. But as in some other wars that the United States has fought, progress is hard to detect. The measure of success can’t be the number of enemy dead or the extent of public works projects completed. As fast as the enemy are killed, their ranks are refreshed by young men from Pakistan and the Middle East. No sooner are the projects completed than they start to fall into disrepair and ruin. Success in Afghanistan is a fleeting notion.

In 2011 most Americans might be hard-pressed to say who the enemy is in Afghanistan or what — beyond finding and killing bin Laden — our objectives are there. The people of Afghanistan might have the same difficulty. For them, Americans are merely the latest in the list of foreign powers — including bin Laden’s al Qaeda — who have come to their mountainous, tribal-dominated country in the last half-century for reasons that, intrinsically, have little to do with Afghanistan itself. Taking a longer view, Afghanistan has been a crossroad for commerce, politics, and power for centuries — a place that’s been called the graveyard of empires.

The men in Jarmuz’ 2nd Platoon have distinct personal opinions about a lot of those things, just as do the cooks from New Orleans at OE where soldiers go for transport on their way out of Afghanistan and the women whose mastery of the Apache cannon took out 80 enemy combatants in June alone. But at the end of the day, for the soldiers and the cooks and the pilots and gunners, their opinions on those things don’t matter. What matters is getting through the day, getting through the mission, covering one another’s asses the best as best they can. The goal is that all your friends and “brothers” come back safe.

Abu Company’s two platoons take turns manning Margah. When one unit is at Margah, the other is at Forward Operating Base Boris, larger than Margah and about four kilometers farther from the Pakistan border. FOB Boris, like many U.S. military facilities, is named after a fallen soldier, Captain David A. Boris, killed in Afghanistan in November 2007.

Abu Company is part of a unit known as the Rakkasans, which in turn are part of the storied 101st Airborne. The Rakkasans got their name during the occupation of Japan after World War II; loosely translated, the word means “falling down umbrella men,” not a bad moniker for an airborne unit. Generals William Westmoreland, Norman Schwarzkopf Jr., and David Petraeus all served in the Rakkasan. The unit was deployed three times to Iraq, once to Kosovo, and twice thus far to Afghanistan.