When I heard the news of the Tucson shootings on Jan. 8, I thought immediately about how close Fort Worth had come to similar unhinged violence only two days earlier, though few besides me and some frightened neighbors knew about it. 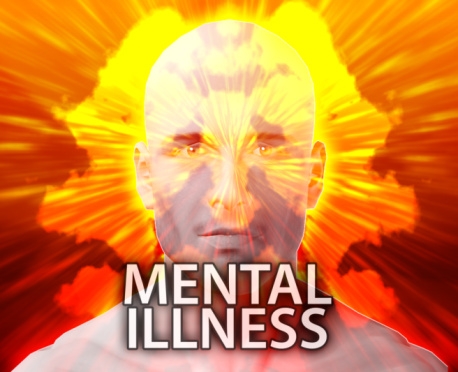 The morning started with a 5 a.m. emergency call to the answering service for my mental health clinician practice. A former client was running up and down the street demanding a gun so that he could shoot several stalkers who were trying to kill him. The identity of the stalkers shifted as he pointed out a couple talking in a car, two neighbors walking their dogs and several other people who were on their front porches checking out the commotion. If he had been able to find the gun he was so desperately seeking, any or all of these innocent people could have fallen victim to his increasingly violent hallucinations.

This client had no history of psychosis or violent ideation, so I was terrified by his increasingly bizarre statements and vicious threats. But I was even more shocked by the systemic insanity that followed, as I tried to get public health and law enforcement officials to take note of the threats he posed to himself and others. Perhaps I shouldn’t have been surprised: As someone who has practiced in Tarrant County since 1984, I am all too familiar with the decreasing options here for the uninsured and even the insured mentally ill. Public clinics have closed, insurance coverage is meager and expensive, and long-term mental health facilities are gone. There is literally no place to send someone with irrational and dangerous impulses.

I called the local police department about emergency mental health facilities and was told that John Peter Smith hospital presented the only option for treatment and assessment. I called an ambulance and had the client transported to the hospital, where I thought he would be admitted and treated. He left in the late afternoon with no money, wallet, or cell phone. His ambulance ride would be his own to pay for and would add to his financial burdens. At 10:30 p.m., one of his neighbors called to tell me he’d heard through the grapevine that my client had been released on that freezing night, still psychotic, and had disappeared into the neighborhood surrounding JPS, with no resources to get home. As his referring doctor, I was not called either about his release or his medical history.

That same day, an Iraqi War veteran, whom I’ve been seeing on a volunteer basis as a member of a national task force on wounded warriors, disappeared after making suicidal threats. He had spent several years in battle and taken part in some terrible events he’d barely survived. I knew that he had no car and few financial resources to get to the Veterans Administration facilities. He had come to me with severe overmedication problems because the current treatment offered for post-traumatic stress disease is primarily to medicate the military veteran into a stupor rather than offering a comprehensive mental health support program. This war has produced a higher suicide rate than previous conflicts, yet the resources for the returning warriors are minimal.

It took me over a day to find him. When I did finally find him, he had locked himself into a bedroom of a house where he was being slowly poisoned by carbon monoxide from a malfunctioning stove — but he was so overmedicated he didn’t realize it.

Later on that same long day that had started with the emergency call, I attempted to calm a frantic friend who had once enjoyed a comfortable lifestyle and a happy marriage before the mental illness of his oldest child forced him and his wife to mortgage everything in their search for a treatment facility. This child is so dangerous that he has to be transported by private guards and secured in manacles. The costs and the stress of trying to prevent this adolescent from doing something terrible have broken the family emotionally and financially.

About two days later, I finally found the client who had been released by JPS. He was in the county jail, having been arrested by the JPS police. After his release, he’d been forced to stand outside in the freezing cold for hours waiting for a ride that wasn’t coming because, in his mental state, he never actually was able to call anyone. When he attempted to re-enter the hospital to ask if they could keep him warm somewhere and do something for his hallucinations, he was arrested for trespassing. He stayed there two weeks because he had no bail money.

Mental illness is not a crime, it is a disease. Most mentally ill individuals never commit violent acts. Many of them come from loving families who have tried everything they can think of to find treatment or help. This war has produced a large number of young people who are suffering profoundly. The Iraq and Afghanistan wars have produced higher levels of veterans’ suicides than any previous conflict. Jails have become the answer to get the mentally ill off the streets for a time, but not to get them well and productive. The drunk, the drug-addicted, and the sick walk the same streets as the rest of the citizens. We have come full circle back to the days when the mentally ill were imprisoned, not treated.

The night my client disappeared, I asked the desk personnel at JPS, “What were you thinking, releasing a psychotic patient who had been sent by a doctor in an ambulance for treatment? How did you think this would end well?” The response was that resources were limited.

I then said, “Wait until some psychotic individual shoots a politician, and then maybe there will be treatment dollars.” It was a prescient statement that I profoundly wish had not come true.

Before the idea of basic public healthcare funding is rejected as too expensive, consider the cost of not treating the ill. Take a tour to the tuberculosis clinic at Tarrant County Public Health offices and see the line of people snaking out the door. Think of a looming pandemic when the bulk of people cannot afford the shots or medication because they need the money for food. Think of the future costs to society of the malnourished and medically untreated child who grows into a chronically ill adult. People lost to illness are also lost to productivity and economic growth. Indifference and punitive responses will not prevent senseless crimes by the mentally ill, as the tragedies at Tucson and Virginia Tech and Jonesboro, Ark., have proved. Let us work together to provide humane options for help in Tarrant County before history repeats itself here.

Dr. Shari Julian of Euless, a forensic behavioral consultant and clinician, can be reached at sjcbc@charter.net.