The Legislature’s latest attempt at passing an eminent domain reform bill looks like it might actually make it to the finish line and end up on Gov. Rick Perry’s desk for his signature. For six years the topic has been examined, poked, and prodded by lawmakers, property owners, and myriad special-interest groups led by the oil and gas industry. Similar bills have died before being passed into law. Perry vetoed eminent domain legislation in 2007 while he was pushing to establish the privately owned Trans-Texas Corridor tollway.

This session looks different. Senate Bill 18, whose chief sponsor is Sen. Craig Estes of Wichita Falls, has been given the royal blessing by Perry, who dubbed the bill an “emergency issue” and encouraged lawmakers to get ’er done. 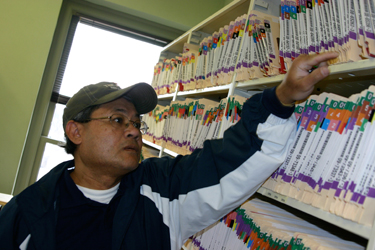 The Texas Senate approved the bill unanimously last week. The Texas House is now considering it. Meanwhile, the mainstream news media is characterizing the bill as a boon for property owners. A Fort Worth Star-Telegram headline proclaimed: “Fast-tracked Texas bill would empower homeowners against eminent domain.”

Folks such as local rancher Billy Mitchell ought to be thrilled, right? In recent years, government agencies and private companies have used eminent domain powers to force North Texas property owners like Mitchell to sell their land for what amounts to private development — natural gas pipelines, gas rigs, privately owned toll roads, Trinity River Vision-type projects, or just the expansion of a shopping mall. Activists have been hoping that legislation would be passed this year to add protections for property owners. The issue draws a broad spectrum of support, and activists thought new legislation might be doable even in a Republican-dominated legislature.

“The bill is totally useless,” he said. “It’s doing what the creator designed it to do — make the voters think he’s doing something. Estes is just trying to get brownie points.”

Other grassroots organizers are echoing that sentiment.

Texas has been massaging its eminent domain laws ever since 2005. That’s when a U.S. Supreme Court ruling in Kelo vs. City of New London opened the doors for municipalities seeking to use eminent domain to seize property for what are essentially private projects. The court ruled that seizing property for private development could be considered as “public use” if the economic growth and tax boosts from the new development were expected to benefit the community.

Texas lawmakers say the new bill would make it more difficult for a government entity or private company to seize property “if the taking is not for a public use.” But therein lies the rub: In the bill, as in the current law, words like “public use” and “bona fide” are left undefined. The proposed law, just like current law, requires making a “bona fide” financial offer to a property owner during the eminent domain process, without setting criteria for what constitutes such an offer.

Mitchell found out the hard way about the vagueness of the current law’s language — and the expensive nature of interpreting it in court. He spent about $100,000 on legal fees while trying to prevent a pipeline company from using eminent domain to grab his ranch property for natural gas pipelines.

“The oil and gas companies can run up your attorney fees by taking you to court to decipher what words like ‘bona fide’ mean,” he said. “Another one is ‘public use.’ The pipeline companies say they serve the public. But McDonald’s serves the public.”

The proposed legislation would still allow a private, for-profit company to use eminent domain laws to take his ranchland against his will, he said.

“All I wanted was a jury trial and a day in court,” he said. “The lawyers ran up bills with depositions — they kept me all day long knowing I’m paying my attorney $300 an hour. They asked me what elementary school I went to and what the physical address of my elementary school was — I’m 53 years old! The deposition was two inches thick.”

During the long fight, oil and gas employees entered his property on several occasions and left his gate open, allowing his cows to escape, Mitchell said.

Many months later, Mitchell still hadn’t received a court date. “Then my attorney said if I wanted my day in court, I’d probably spend another $100,000,” he said. “I never did get my day in court.”

Fort Worth resident Steve Doeung got his day in a Tarrant County court while fighting against the eminent domain seizure of his Carter Avenue residential property. Chesapeake Energy wanted to bury pipelines across residents’ front yards to transport gas from a nearby drill site. Doeung resisted and represented himself in court, squared off against Chesapeake’s team of lawyers, and did an admirable job of standing up to the experienced attorneys. But he prevailed only after Fort Worth City Council member Kathleen Hicks, State Sen. Wendy Davis, and others helped broker a deal to bury the pipeline alongside I-30 — the first time a gas-gathering pipeline has been allowed in a Texas Department of Transportation right-of-way.

Doeung became a lay expert on eminent domain during his fight, and he characterizes the
new bill as weak and mostly just political posturing.

“When I read it, I didn’t really see why they are doing this,” he said. “It doesn’t benefit us, it only reinforces the takings by private corporations. The bill starts out sounding good, but then it gives all these exceptions that take the meat out of it.”

For instance, an exception is made when a property is deemed as “blighted.” Determining whether a property is blighted can open a mass of legal loopholes.

“The list of exceptions goes on and on,” said Terri Hall, founder of the San Antonio-based grassroots Texans Uniting for Reform and Freedom (TURF). “The language is so broad you can drive a Mack truck through it.”

Exceptions usually mean one thing: See you in court. “Whoever has the most high-priced lawyers will prevail, and you can bet it’s not the landowners,” Hall said.

The fact that the oil and gas industry lauds the bill speaks volumes, critics say.

“No wonder the pipeline association is so happy — [the bill] puts an exclamation point on the rights they already have,” Doeung said, referring to the Texas Pipeline Association, which supports the bill.

Pipeline companies have fought protracted legal battles with ruthless fervor when seeking property. So why would they support legislation allegedly designed to strengthen property rights?

“It’s an important bill for the landowner,” said the association’s director of governmental affairs, Thury Cannon. “There are really not any benefits for pipelines in that bill.”

He said the legislation gives landowners more protection and lengthens the process of eminent domain seizures. The association supports the bill because “it’s good business for every business to be a good neighbor,” he said.

Doeung, Mitchell, and others who have battled pipeline companies scoff heartily at the idea of pipeline operators appreciating a more level playing field for landowners.

Texas House members could amend the bill, but the pipeline association doesn’t want to see that.

“It’s a special-interest giveaway they cloaked in the guise of eminent domain reform,” she said. “They are actually representing the interests of oil and gas entities, private toll road investors, and developers. I’ve spoken to landowners, and they are furious.”

The current proposal is a watered-down version of the 2007 bill that Perry vetoed, which is the only reason he is trying to push it through so quickly now, Hall said.

“It won’t stop anything that’s he got on his agenda, such as privatizing a bunch of Texas highways,” she said. “They can still take your land in the name of public use and hand it over to a private entity for private gain. That’s why he’s willing to sign it.”

Other supporters include the Texas Farm Bureau, which opposed Perry in early legislative discussions on eminent domain. But that organization got what it wanted — compensation for diminished access after eminent domain is used to take property.

Activists such as Hall want more.

“What we’re about is protecting private property rights, not how do we get compensated fairly once a government entity has targeted your land for condemnation,” she said. “We’re trying to prevent wrongful taking in the first place.”

Bill Peacock, vice president of research at the nonprofit, nonpartisan Texas Public Policy Foundation, isn’t quite so dire in his description of the bill. But he too says the legislation needs amending to provide more protection for landowners and predicts that even with changes it will fall short of an ideal bill.

“I think it will pass the House as a better bill than what came out of the Senate,” he said. “If it passes with some improvements, I think we’d be about 60 to 70 percent of where we need to be in property rights protection.”

Estes, the Senate bill’s chief sponsor, is pleased that stakeholder groups as diverse as farmers, developers, ranchers, and oil and gas drillers are supporting the bill. He wants it to pass the House without changes.

“This is a giant step forward,” he said. “People from all sides of this issue have said, let’s get this passed and under our belt, and we’ll see where it goes from there.”