Tell me if this sounds familiar. The U.S. trains another country’s paramilitary forces to wage war against American enemies. Those forces do fight U.S. enemies but later change sides to become a different, perhaps greater menace, and the U.S. military finds itself battling combatants that they themselves have trained.


Take a guess at what country I’m talking about.

Not as good a guess as Afghanistan, but not bad. 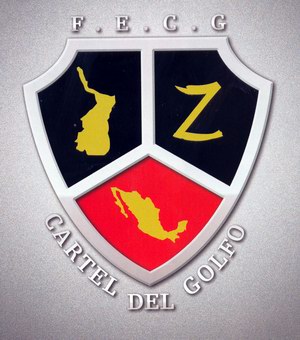 The Afghans were our surrogate soldiers against Russia in the early 1980s. We armed them and trained them as best we could. We even instructed a young jihadist named Osama bin Laden.

We also supplied and trained some of Saddam Hussein’s forces in their late-1980s campaigns against Iran. Then, when we went over there for the first Gulf War, we faced some of the same weaponry we’d provided them just a few years earlier. But that was a long time ago.

The success of the late Bush administration surge in Iraq had nothing to with anybody we trained — whew. It was primarily achieved by paying enemy combatants to stay home and keep carnage on the down-low so things could settle down and we could look good in the press.

The most recent example of Uncle Sam spending our tax dollars on attack animals that turn on their handlers isn’t happening in the Middle East or the Money-Pit on Terror. It’s happening right here in North America, and Texas has a front-row seat.

The core members of the Zetas, a drug-muscle splinter group that used to do the dirty work for the Gulf Cartel, were trained in special ops, counter-narcotic ops, counter-insurgency, light to heavy weapons proficiency, and covert communications at Ft. Bragg, N.C., by the U.S. 7th Special Forces group in the 1990s. They worked for the Mexican armed forces for awhile, but the good guys didn’t pay enough, so they switched sides. Then they decided they could run things better than the Gulf Cartel, and now they’re the scariest border presence in the Mexican drug war. Whole towns exist without law enforcement. Whole cities are afraid to go out after dark.

The Zetas don’t spare women and children; they don’t even spare pregnant women.

Boy, we sure know how to pick ’em. When is Uncle Sam going to stop using psychopaths as errand boys? Shouldn’t we finally admit that Uncle Sam is himself something of a psychopath?

What if we simply met with our former trainees in the Zetas and offered to pay them to kick back with Tecates at the beach in Matamoras or Vera Cruz? It worked in Iraq.

Even better, what if we recalibrated their American-trained, psychopathic bloodlust to once again work in our favor?

Right now the drug trade across the U.S.-Mexico border is considered to be worth $20 billion to $40 billion, and the Zetas don’t have a big piece of it. Illegal immigrants are bringing unwanted attention to border drug routes, and our efforts to stop them have been about as effective as the Army Corps of Engineers’ levees in New Orleans. The “gringos’ little helper” trade has to cross our southern border, so why not simply enlist the Zetas to police both flows of traffic?

The Zetas want more of a foothold in the narcotics market, and we don’t like their friends and neighbors sneaking over into this country to have babies and steal our jobs. If the Zetas controlled the border, they could get our drugs to us with less expense and headache, and we could start getting baked for a song. And with the Zetas as U.S. border guards, their fellow countrymen would be too terrified to cross them by crossing the border, especially if the Zetas started stitching the immigrants’ skinned faces on soccer balls or placing the heads of women and children on pikes.

Heck, we could even make the Zetas a government-subsidized branch of Blackwater (a.k.a. Xe Services, LLC), and then their ruthlessness would be legitimized.