Last week, we had the incredible burst of experimentalism that was Rango, a defiantly old-school 2-D animated film that nevertheless ventured fearlessly into territory untapped by kids’ movies. This week, Mars Needs Moms, a 3-D flick built more along traditional lines, would seem to be a return to business as usual. Oh, but it’s not. This movie is so much worse than that. 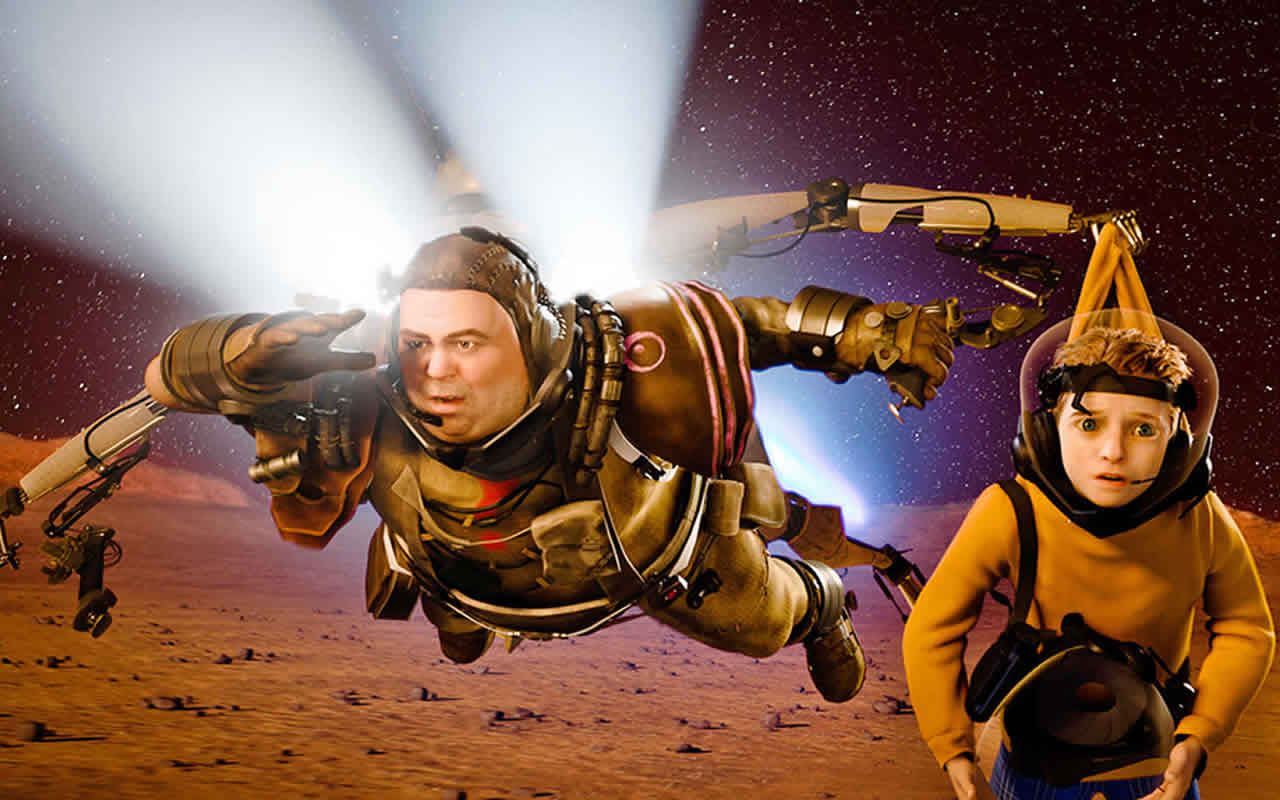 The main character is a 9-year-old boy named Milo, whose facial expressions were provided by 37-year-old Seth Green for the animators but whose prepubescent voice is by Seth Dusky. Milo hates being told by his mom (voiced by Joan Cusack) to eat his vegetables and take out the trash, and in a petulant moment he tells her he hates her as well. Unfortunately, it’s precisely his mom’s mothering skills that earn the attention of a Martian civilization that has forgotten how to raise its children and needs to pick the brains — literally — of Earthling mothers to program its robots. When the Martians abduct Milo’s sleeping mom, the boy hitches a ride aboard their spaceship to try to rescue her.

The film is adapted from a children’s picture book by former Bloom County cartoonist Berkeley Breathed. Director/writer Simon Wells and his co-writer and wife Wendy Wells have ruined the book quite nicely. They’ve replaced Breathed’s jolly, cartoonishly gross drawing style with airless, joyless motion-capture animation that hasn’t advanced appreciably since The Polar Express came out in 2004. The human characters remain woefully unlike flesh-and-blood people, while the Martians are re-envisioned as adorable lavender-skinned humanoids with heart-shaped faces. They won’t scare anyone. The movie’s attempts at introducing beauty (namely the element of color in a colorless Martian society) are ham-fisted and flat. As for the action set pieces, we saw better animated sequences in Tron: Legacy.

Even worse, the Wellses fill out the book with wan supporting characters like a fat human named Gribble (voiced by Dan Fogler) who’s been a fugitive on Mars since his mother was kidnapped in the 1980s, a sympathetic Martian warrior named Ki (voiced by Elisabeth Harnois) whose knowledge of Earth is gleaned from 1960s TV broadcasts, and a robot sidekick that’s supposed to be cute but is simply embarrassing. The lightness and hilarity of Breathed’s book give way to soggy comic interludes, a guilt complex for Milo, and a truly wretched climax on the oxygen-deprived surface of Mars. The writing is so bad, it’s hard to believe that Simon Wells is the great-grandson of the science fiction novelist H.G. Wells.

Mars Needs Moms depicts Mars as a depressing, conformist society run by females with no time for mothering. In doing so, it sends some seriously screwed-up messages about gender roles, but these issues aren’t worth getting worked up over when the movie is as terrible as this. If you’re looking for a similar science-fiction yarn, you’re much better off catching Jon Favreau’s unfairly overlooked 2005 live-action film Zathura. Not only is it better, you won’t have to pay the 3D surcharge that makes Mars Needs Moms even more of a rip-off.