Just three years ago the Downwinders at Risk environmental activist group was celebrating a major victory after members convinced several North Texas government entities to adopt “green cement” policies — that is, pledging to buy cement only from manufacturers that could guarantee it had been produced by using the least-polluting methods. A cluster of cement kilns in Midlothian, believed to contribute 15 to 18 percent of all of North Texas’ smog-forming chemicals, was the group’s target.

Then last month it looked like that victory would turn out to be more Pyrrhic than productive. A major Midlothian cement producer sued in federal court in 2008, charging that the green cement polices constituted illegal discrimination. The suit convinced Fort Worth and Tarrant County, among others, to change the language of their policies. The last two cities still fighting the suit appeared ready to all but eliminate their green cement policies. 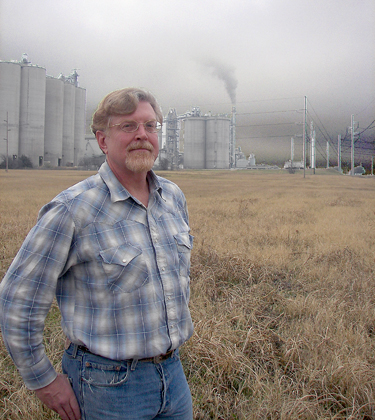 Now, however, it looks like the Downwinders, through yet another creative grassroots campaign, may have salvaged many of the goals of their green cement initiative. Arlington and Dallas are going to vote this week on a compromise that Downwinders director Jim Schermbeck says will preserve the future of the green cement purchasing practices in the two cities.

Arlington and Dallas were the lone cities that continued to fight the suit brought by Ash Grove Cement Company, based in Kansas but with three kilns in Midlothian. Then a few weeks ago, both cities decided, during court-ordered mediation, to make compromises to get Ash Grove to drop the suit. After weeks of negotiations, the cities settled on policies that Schermbeck called a “sweetheart deal” for Ash Grove.

City officials in Fort Worth and Arlington were asked to comment for this story but did not respond by press time.

In response, the Downwinders organized a virtual rally, asking activists to e-mail members of the two city councils, and proposed a compromise of their own.

Arlington and Dallas have since agreed to the Downwinders’ suggestion to tie their policies to a new pollution-reducing technology currently being tested at a kiln in Illinois. American testing of the technology, already used in some European countries, is expected to be completed in two years. If it’s approved by the Environmental Protection Agency, Ash Grove will no longer be able to claim discrimination based on a lack of available technology (wet kilns in the past have been less easily adapted or upgraded). Ash Grove has given its approval to the Downwinders’ compromise, and many observers believe that the votes in both cities are mere formalities.

Ash Grove officials declined to comment until the suit is settled.

The Downwinders, based in Midlothian, were formed in 1993 to combat the practice of hazardous-waste burning at some area cement plants. The group started the green cement initiative in 2006 to try to convince cities, schools districts, counties, and other government entities to adopt environmentally conscious policies in purchasing the cement used in their projects.

Many observers believe the green cement campaign was a major factor in the closing of four “wet-process” cement kilns — much more toxic than the dry kilns that use newer technology — by what was at the time one of the region’s biggest polluters, Texas Industries. The group convinced Fort Worth, Tarrant County, Arlington, Dallas, Plano, and both the Fort Worth and Dallas school districts to adopt the new policy.

The Downwinders had finally turned a corner in its campaign. But Ash Grove, which operates the only three wet kilns remaining in Midlothian, fought back with
the lawsuit.

“It was like a civil rights case for Ash Grove, which is completely ridiculous,” said Schermbeck.

Initially, the suit had little effect. Denton, the University of North Texas, and the Fort Worth school district wrote new green cement policies during the year following the suit’s filing. However, since then, several governments, including Fort Worth, have changed their policies so as not to exclude Ash Grove. The cities that caved to pressure were dropped as defendants in the suit.

According to Schermbeck, officials from several of those cities, including Fort Worth, told the Downwinders that they will not actually change their green cement purchasing practices, only the language in their policies.

“They said with a wink and a nod that it’s not going to change their procurement behavior,” Schermbeck said.

After several court-ordered mediations, Arlington and Dallas decided to compromise. Schermbeck believes that officials were afraid that if Ash Grove won the suit, it would weaken a state law that allows cities in regions that do not meet federal clean air standards to tailor their purchases to help improve air quality. The other factor, Schermbeck speculated, was legal costs.

“Sometime between last fall and now, the cities became afraid that they were going to lose the federal case and the judge would rule on behalf of Ash Grove, and it was going to set a terrible legal precedent for them,” Schermbeck said. “I have no idea what that is based on or how the perception changed so quickly, but when they announced the settlement, that was certainly the feeling that you got, that everyone at the city level was in a panic,” and officials believed doing whatever it took to get dropped from the suit was their best option.

Schermbeck said that he and the Downwinders were disappointed by the settlement because it left cities without a formal stake in the green cement debate. The group believed that their original goal, which was to set a universally low standard for emissions from the cement plants, was in serious jeopardy.

He and others believe that the Texas Commission on Environmental Quality played a role in the settlement. Much of the language, he said, mimics the TCEQ’s relaxed policies on cement plant pollution control.

“It was very disappointing,” he said. “It was obvious that someone had gone down to Austin and let TCEQ do a lot of the work for them.”

One of the Downwinders’ major disappointments with the settlement was that it allowed Ash Grove to continue emitting significantly more nitrogen oxide, a major source of North Texas smog, than other cement plants in Midlothian.

“It basically gave a perpetual exemption to Ash Grove to do what they are doing now,” said Schermbeck, “which is to have two to three times more nitrogen oxide emitted than their counterparts right across the street, and that was an unacceptable conclusion to this fight.”

According to Dallas council member Linda Koop, her city’s original compromise with Ash Grove was not a sweetheart deal, as Schermbeck characterized it.

“The compromise in the beginning was that Ash Grove would run their control technology all year long,” she said. “Previously they only ran during ozone season.”

The changes, Koop said, will lead to a 10 percent reduction in overall emissions throughout North Texas. “That’s significant,” she said.

She acknowledged the criticism that Dallas gave away too much. “A lot of people put it that way, but I wouldn’t, because the policy is a lot stronger,” she said.

The Downwinders mobilized their constituency. When a spokesperson for the Dallas City Council told Schermbeck about the proposed settlement, he and the Downwinders organized a virtual rally, in which hundreds of people e-mailed city council members of both Dallas and Arlington with the subject line “Don’t Settle for Dirty Air.” Their goal was to delay a vote on the compromise with Ash Grove.

The rally got Koop’s attention, and she invited Schermbeck to address the council and the city attorney. After hearing Schermbeck, who came armed with a counter-proposal, the Dallas and Arlington city councils decided to delay their decisions.

Schermbeck’s proposed settlement keeps all of the compromises that Arlington and Dallas agreed to. But it adds an amendment that says the agreement is only valid until the EPA certifies new technology called Selective Catalytic Reduction, or SCR, that has been proven in tests in Europe to remove 80 percent more nitrogen oxide pollution from cement kilns.

Once the SCR is certified, Ash Grove has a year to decide if it wants to install SCR controls. At the end of that year, Dallas and Arlington will revert to the original green cement purchasing preference — for products whose manufacture emitted no more than 1.7 pounds of nitrogen oxide per ton of cement, a rate at least 50 percent lower than what Ash Grove is currently doing and a standard the plant can’t meet without installing SCR technology, or building a new dry kiln.

“It’s not very often that you can turn around a situation like this and make it work for you,” he said. “But in this case, I think that it was a good one-two punch: We organized a grassroots group to resist the fast track it was on, and we proposed a piece of policy that worked and tied some solutions together.”