It’s time for the state to tighten its belt, wrote Talmadge Heflin, former chair of the Appropriations Committee of the Texas House of Representatives, back in February.

Heflin was unseated in 2004 by Democrat Hubert Vo, after 22 years in the House. He now works for the anti-tax Texas Public Policy Foundation.

“In short, there should be no ‘sacred cows’ this session: Every expenditure must be on the table,” Heflin wrote. “But we should focus particular attention on getting government out of doing things that individuals or the private sector can take care of themselves … .”

In a spirit of sharing in the sacrifice, Heflin will forgo his legislative pension of approximately $63,000 a year until education spending is back up to par. 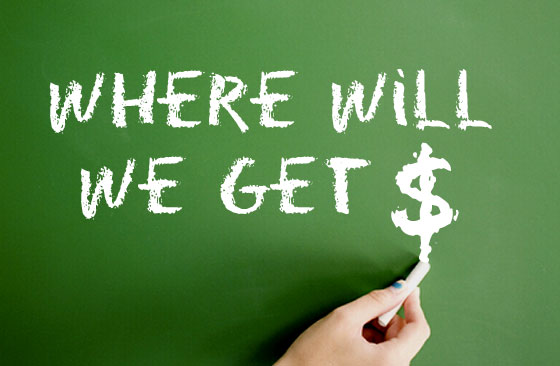 Gov. Rick Perry says the Legislature should meet the state’s balanced budget amendment through spending cuts alone, despite an estimated $27 billion gap between expected revenue and what it would cost to fund government activities at current spending levels. Oh, and they should do it without dipping into the state’s $9.4 billion Rainy Day Fund.

Perry has volunteered to share the pain by giving up the $10,000-a-month swanky house the state rents for him while the governor’s mansion is being restored. He’ll instead take the AFL-CIO up on its offer to lease him a manufactured home for $1 a year.

In addition, he’s going to give back half his authorized $150,000 salary until his education commissioner says Texas public schools are getting enough money to fire on all cylinders.

Lt. Gov. David Dewhurst, presiding officer of the Texas Senate, is paid the same paltry $7,200 a year salary as members of the Texas House and Senate. Good thing he’s rich — worth hundreds of millions of dollars. But he says the state should do what the Dewhurst family is doing and tighten its belt during tough times.

The Dew, as some senators refer to him, is going to demonstrate his good faith by forgoing that $7,200 salary. But he’ll also kick in $1 million each year for Texas public schools until things improve enough that teachers are being hired rather than fired.

What wonderful patriots, you’re probably  thinking, to make such sacrifices just to show their commitment to cutting state expenditures.

However, before you race to your desk to write admiring thank-you notes to these heroes, you should know this:

We made that up. Consider it an early April Fools’ Day.

Best we know, none of those things are going to happen, even though Perry’s rent-house bill alone could pay for a couple of master teachers, and halving his salary would provide funds for another. Heflin’s legislative retirement could pay for one more. And the fictional Dewhurst contribution could support principals for about 10 schools.

Perhaps we shouldn’t be joking about something as serious as the looming budget cuts. But Perry says legislators should balance the budget with spending cuts only.

It’s not just the school superintendents and principals and school boards around the state that are tearing out their hair. Perry’s own commissioner of education, Robert Scott, says legislators need to provide $6 billion more than what they’re proposing if they want to avoid major damage to the state’s public schools.

At a March 9 press conference for Perry to plug the states’ rights 10th Amendment to the U. S. Constitution, the governor was asked what he thought about thousands of  teachers planning to gather a few days later at the capitol to protest anticipated budget cuts for their schools.

Don’t blame us, Perry replied. “The lieutenant governor, the speaker, their colleagues aren’t going to hire or fire one teacher, as best I can tell,” Perry said. “That is a local decision that will be made at the local districts.”

Of course, there might be some connection between local school funding crises and the fact that the state budgets proposed so far are about $9 billion short of what the state is supposed to kick in under current law.

So it’s not that Perry or legislators and their leaders are actually firing teachers. It’s just that under budgets so far, they’re not planning to send school districts the money it would take to keep them all on the job. Understand now?

We did not make that up.