Having never spawned a child, I may not be in a great position to judge parents, but that doesn’t stop me from forming opinions about people who don’t teach their little darlings how to behave in public.


I’m not advocating parents never take their kids out to dinner, just not to places I frequent, like Thai Belknap (4023 E. Belknap St.) in Haltom City. When my guest and I walked in on a recent Saturday night, we had the happy surprise of seeing that we’d be sharing the place with a litter of banshees. 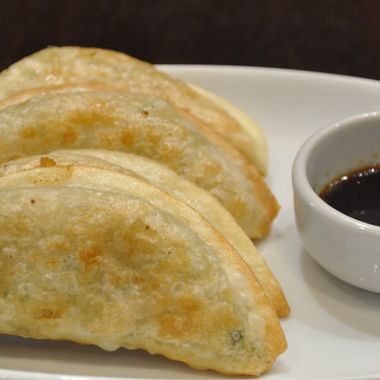 To make things weirder, the restaurant’s television was blaring the cable version of Underworld: Rise of the Lycans. Nothing says “Let’s eat!” like Ma and Pa Kettle’s brood wallowing around on the floor screaming while werewolves rip apart vampires.

In any other place I would have turned around and walked out. But it’s always a treat for me to go down to East Belknap, which I believe is rivaled only by Pioneer Parkway in Arlington and Mad-nolia Avenue in Fort Worth as the most exciting, organically developed culinary corridors in Tarrant County. So I fought through the distractions.

Nothing drowns out werewolf and kid screams like Thai dumplings ($4.50), four wonton skins stuffed with ground pork, chicken, shrimp, and mushrooms, served with a soy-based sauce. There’s a lot going on inside those little things, well complimented by the salty sauce. The chicken satay ($4.25), four pieces of skewered grilled chicken strips served with a peanut sauce, didn’t have the wow factor of the dumplings, but it was good enough to bring my blood pressure back down.

My sanity was further restored by the pad kee mow ($9.50). Thai Belknap, like many Thai restaurants, allows the diner to chose how much heat the dish packs. On a scale of one to five, we chose level three. I tend to go for too much spice in Thai food even if it means I’ll have to blow my nose a time or two during dinner. Three was about right. We were still able to taste the delicious pork, chicken, and beef served with flat noodles and veggies, and we didn’t do any permanent damage to our esophageal linings.  The meat was juicy and didn’t taste overcooked — a rare feat considering everything on the plate was cooked all at once. The noodles were seared on the ends and perfectly al dente — a sign that the cook used the appropriate amount of oil.

Our very cool server, who is also one of the owners, suggested the Haltom volcano seafood ($12.95), which includes grilled squid, white fish (tilapia), shrimp, mussels, veggies, and a sweet-and-sour sauce. We chose a level-two spice, fearing that some of the delicate seafood meats wouldn’t stand up to more heat (and also because we were cowards). The giant mound of seafood was served in a sizzling fajita dish. The mussels were a little chewy, but the tilapia was as moist as if it had been steamed. The sauce was subtle, more salty than sweet or sour — we just wished we’d turned up the spice one more notch.

At some point, and without my noticing, the family left. I can’t think of a better endorsement for the food than the fact that it distracted me from my neurosis for a time. When the owner came and chatted us up, chastising us for not being able to clean our plates, I was reminded of why I like mom-and-pop places like Thai Belknap. Now, if only they’d get one of those “must be this high to dine here” signs.