There was a time in Texas when horses meant the difference between life and death for people. Horses carried riders, pulled plows, and hauled wagons across rugged terrain. Horses were heroic. Nowadays they’re little more than big pets with bigger appetites. A staggering drought combined with a faltering economy has been steadily turning Texas horses into orphans. No rain means no grass, and no grass means ranchers must buy hay, and the cost of hay is doubling or even tripling because of low supply and high demand. Bluebonnet Equine Humane Society executive director Jennifer Williams said 2011 is the most challenging year she’s ever seen for horses. 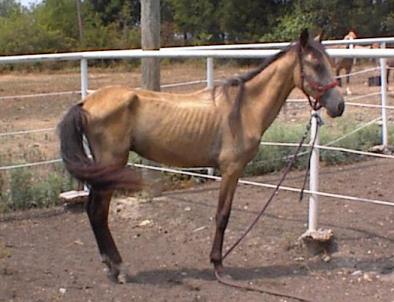 “Donations are down, adoptions are down, and the number of people fostering is down,” she said. “The drought has made grass nonexistent, and hay is nearly impossible to find.”

If you care about keeping Texas horses alive, healthy, and away from the glue factories, you might consider donating money or volunteering to take care of one of them. Bluebonnet Equine, based in College Station, can be reached at 888-542-5163. Tell them Mister Ed sent you.

The Glen Rose Neo-Relix Film Festival has chosen Layla Caraway’s Up A Creek as one of the featured documentaries to be shown on Labor Day weekend.

Production of Up A Creek was sponsored by the Trinity River Improvement Partnership, a collection of local folks with varied political backgrounds who think the Trinity River Vision is just an enormously wasteful economic development project masquerading as flood control — and sucking up all the available local flood-control money along the way. (The price tag is now just over $900 million.)

The experiences that led Caraway to produce the film began in the summer of 2007, when weeks of rain and flooding caused her backyard to fall into Big Fossil Creek. In the same storm, a 4-year-old girl drowned when floodwaters ripped her from her mother’s arms.

Caraway wanted to know why the U.S Army Corps of Engineers couldn’t find money for well-documented flood problems along Big Fossil Creek in Haltom City but had hundreds of millions for the downtown Fort Worth project. Local filmmaker and photographer Bob Lukemon helped make the documentary, which will be screened twice during the Glen Rose festival —on Saturday, Sept. 3, at 2 p.m., and Sunday, Sept. 4, at noon. For more information go to www.savethetrinityriver.org.