“Baby, baby, baby, baby –– that stuff is drivin’ me crazy” guest-rapper KRS-One asserts on the R.E.M. track “Radio Song,” a radio-friendly indictment of commercial radio that came out back when the internet was just a gleam in Al Gore’s eye, and why the hell not? Few bands could have gotten away with a similar gripe.


Since the days of lutes and flutes, romantic relationships have been the, uh, “stuff” of music lyrics, especially pop music lyrics, and while R.E.M. frontman Michael Stipe’s wordplay was utterly nonsensical, it was also wonderfully evocative and imagistic, more “Jabberwocky,” less Naked Lunch, and often not romance-based. (But, yes, the classic R.E.M. throwaway track “Me in Honey” does contain a “baby.” Several, in fact.) 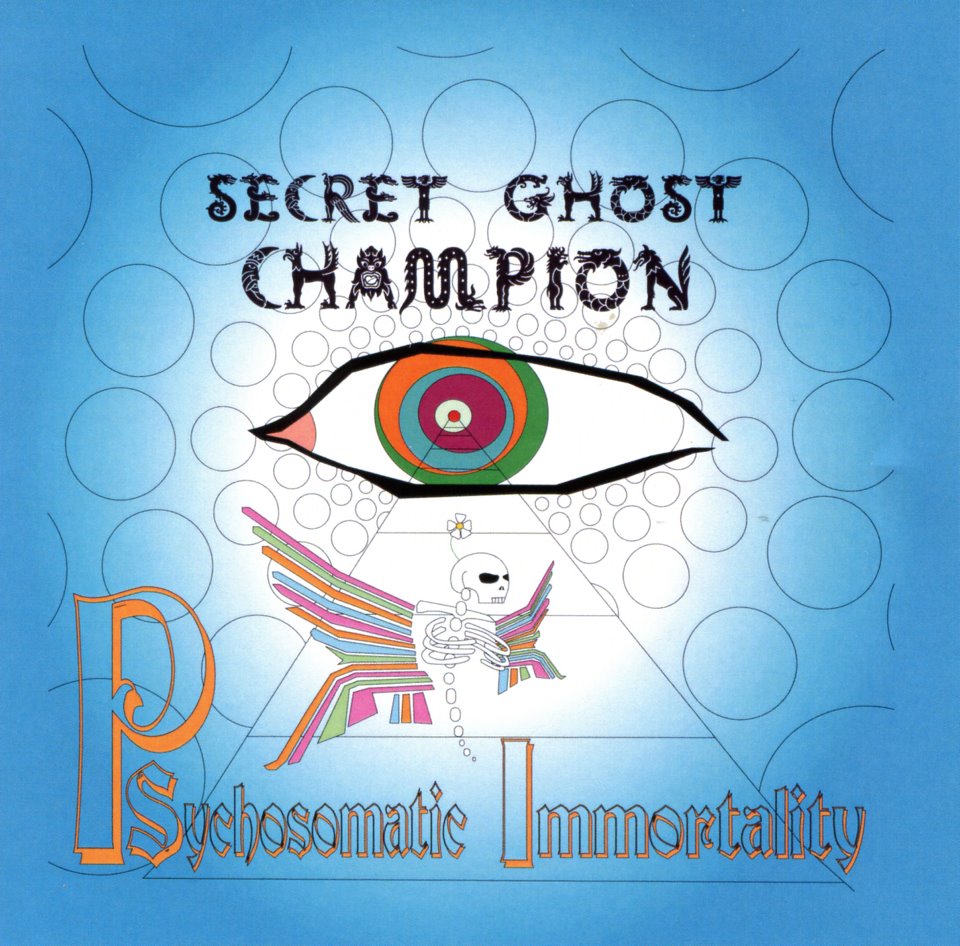 For Ben Hance, frontman and lyricist for Fort Worth’s Secret Ghost Champion, the only “romantic” relationship that seems to matter is the one with the Man Upstairs, whomever he/she/it may be, which is admirable. Few North Texas bands purveying the kind of poppy/Big Star-ish psychedelia immortalized on his band’s long-awaited, recently released debut album Psychosomatic Immortality are as disinterested in romance and as interested in Big Questions. EPIC RUINS, while much harder, is one local band that comes to mind. The Underground Railroad, Alan, and Urizen are three others. But the space in between is as vast as the distance from our little planet to Neptune, a destination to which Hance looks just left of “just to see you” on “The Hope,” a lazy-day, jangly slice of pocket grandeur. “You” definitely isn’t anyone’s “baby.” “Will a new age of reason enlighten all the West?” Hance sings in his ethereal but strong voice. “Will an anti-Christ come down and beat upon his chest? Will we run out of our money and have to go home / To the countries that we came from before we were born?”

Even without the anti-romantic, pro-philosophical lyrical bent, Psychosomatic Immortality would remain a singular achievement. Trippy and bucolic, ramblin’ yet somehow also serene, the product of the quintet of Hance, young brother Danny Hance, David Vaughn, Roby Scott, and Jody McCauley is masterful, perfect for both the stage and the headphones, for driving down the highway with the windows rolled down or shutting the curtains, reclining on the couch, and rollin’ a fatty. But is Psychosomatic Immortality for everyone? Eh. Probably not. Its overall melancholy feel, propensity for balladry, and, most significantly, Hance’s deep thoughts are apt to be alienating, especially in the land of “baby, baby, baby, baby.”

Despite the quirky influences –– honey-golden ’70s-FM radio (Big Star, Poco, Badfinger), Eastern mysticism, and *gulp* the Bible –– Psychosomatic Immortality still cuts deep like an early Pink Floyd fantasia. The slightly schizophrenic, kinda cheesy “Golden Sea” rocks cranky guitars during the verses but during the choruses bounces with chirping synths, as if Gary Numan were fronting Europe. “Tell me one,” Hance sings, cramming all the words together. “About the holy son / How he died when his work was done / And came back from oblivion / I want to do that tooooo.” Didn’t Jesus say something about how we’re all as capable of manifesting divinity as he was? Or was that Buddha?

Anyway, the driving leadoff track, “Ugly Things,” chugs ahead on fuzzy guitars landing heavily, dramatically on a simple chord progression before relinquishing the momentum to Hance’s airy, multi-tracked vocals, a dynamic that simultaneously conjures up The Byrds and The Raspberries, the song amounting to a damn dirty hippie dancing in gold lamé shorts with glitter on his face. The waltz “Lyceum” builds to a chorus whose vocal melody verges on sexy before sinking smoothly into inner space. And blowing in the wind is a non-sexy/Pink Floydian saxophone. The swaying, anthemic “Faith Test” drips with the kind of cold, echoing yet syrupy sonics that defined early-’70s radio rock, particularly Elton John and Macca’s Wings. A bright, staccato four-chord progression serves as both intro and rallying point, and while the gently strummed acoustic six-string steering the verses is as easy as a suburban childhood, the chorus offers a delicious melodic curveball that’s pure mod-progressiveness. The peace/love/understanding vibe that permeates the entire album may be best represented by the “Faith Test” lyric “But if your heart is sold / Then prove to the universe / That you will spread your love as far as the darkness goes.” (Looking at you, fundamentalists.)

You could say that Psychosomatic Immortality is aimed squarely at your mind –– not your heart, not your loins –– a move that probably won’t convert any card-carrying members of the hipsterocracy (other than maybe other musicians) or lead to college-radio airplay, press, or increased exposure. But to deny the album’s distinct ebb and flow, its gears churning cosmic waves of bombast and eloquence, is to concede to cynicism. Earnestness (even corniness) is immaterial when the music’s this good. Produced by Hance at his home studio in Fort Worth, Psychosomatic Immortality blurs all kinds of genres, yes, but is never anything less than accomplished, with lots of pianistic, semi-orchestral interludes, some sparkling guitar leads and fills, and one totally mystical track, the slow-burning and dreamy “For Eternity,” in which a sitar buzzes and growls, tablas ploop and bop like boiling lava, and a vocal melody achieves all of the resplendence of a Beatles line at their most zen.

There’s something to be said for a band that embraces existential angst, to the detriment of money-makin’ “baby”s, framing Thoreauan navel-gazing in equally spacey but mostly organic sounds. The extremes are kept to a minimum. For every Scarborough Faire moment or C&W flourish, there’s an indefinable rhythm or eureka-inspiring, out-of-spacetime riff. And, of course, the cheese quotient would go through the roof if not for Hance’s believable, sincere delivery, tempering his talk of aliens and outer space. Which isn’t to say he can’t turn a fantastic phrase –– he can. Take “The Savage”: “Silver in your blood,” Hance sings, “never had enough / It makes you stronger / Still you hunger / With your cornerstone in your hand.” And on the ostensible single, the melodic and poppy last track “Heads in the Clouds,” Hance croons, “From now into the past / Does this vision last / Like mountains made of sand / Carved by human hands? / We could form a crowd / To rise above the clouds in the sun / With everyone, everyone, everyone, everyone.”