On Feb. 8, 2008, I felt the earth move beneath my feet. It wasn’t an earthquake or a Hemingway-esque tryst. It was simply a gathering of dendraster excentricus, otherwise known as Pacific sand dollars.

The few times I got to visit the beach while I was growing up, I loved finding sand dollars. But I never quite grasped that they had actually been alive. Of course every sea shell once housed a living sea creature, but it was hard to think of the thin, bleached disks that way. 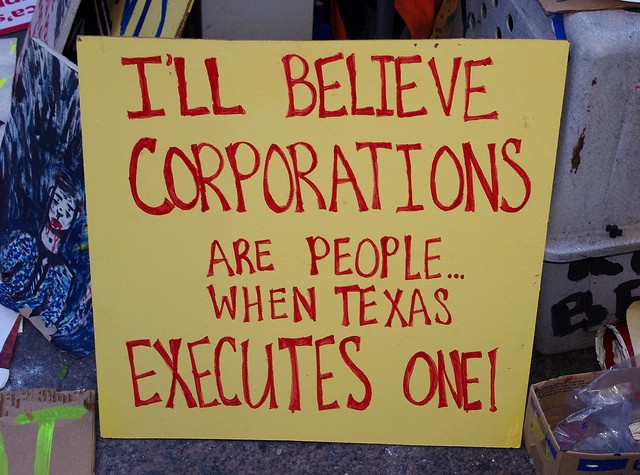 I still carried this misconception when I stepped onto a Pacific beach in Nicaragua in 2008. My wife and I were walking along the water’s edge and I stepped just deep enough into the waves to get my ankles wet. As the surf came and went, I felt the sand shift under one foot and then the other. A little spooked, I high-stepped up to dry land as fast as I could. What had I stepped on? My limited experience with the ocean hadn’t included this.

I later found out that I had walked over a swarm of sand dollars. They were alive and burrowing into the sand, using the thousands of tiny velvety spines that covered their surfaces. The ones that beachcombers collected in the mornings were actually dead sand dollars that got washed up too far on dry land and couldn’t make it back to the surf. Their velvety outer layer had fallen away, and they had skeletonized in the sun.

That memory has come back to me vividly in recent weeks because of the Occupy movements around the country.

The earth is moving under our feet. The young and the young-at-heart are writhing and twisting and jerking beneath the weight of cataclysmic economic powers and rejecting the heretofore unassailable status quo.

Like so many of the rest of you, I’m something of a bleached white corpse. I washed up too far on the beach long ago and lost the way or the energy to regain the surf. But these Occupy folks are still alive, still breathing and moving, hoping and dreaming, still acting as if they might be able to change some things.

Why aren’t you and I there with them?

Is it too late for us?

I follow their progress every night. I marvel at their ingenuity. I am humbled by their courage. I am proud of their passion.

Sure, there are some clowns in the crowd, but the core is informed, disciplined, and solid — as good as we could ever aspire to be.

In the ’60s, a lot of folks  rejected the hippies, for their appearances and their clear threat to authority as much as for their ideology. But the funny thing is that so many of the ideas that the counterculture worked and stood for back then — a freer sexual climate, environmental awareness, racial and gender equality — have become part of the accepted fabric of our country. And all these decades later, many of those who were the most virulently opposed to those long-haired, free-lovin’, peace-seeking masses of young people have looked back and discovered they were on the wrong side of history.

The same thing will happen here. The Occupy movement is on the right side of history. The young and the young-at-heart are pointing us in the right direction. The powers that be — economic and otherwise — have treated us and the system in which we operate like throw rugs. The powers that be have been stupid and greedy, and everyone knows it. And now those of us with fight left in our craws or courage left in our hearts are occupying, mobilizing, marching, and protesting. It’s as exciting a human moment as most us will ever witness.

This is no time to admire the spectacle from afar or gaze longingly from the sidelines. History is being made, and our democracy is being refined. These Occupations are the best of us and the best of what’s left, after decades of having been whittled down by banal materialism, existential impotence, and the resultant dreary resignation.

It’s not too late, even for human varieties of washed-up dendraster excentricus. Our voices can become one voice. We can make the earth move.