Static has been all aflutter this past week, waiting to see the new changes to the Fort Worth Star-Telegram that Executive Editor Jim Witt promised in a column on Nov. 26. Anytime Witt starts talking about innovative changes to the newspaper, hilarity ensues.

His column’s first paragraph says the paper will have a “brand-new look and feel.” His third paragraph describes the changes as “a bit retro.” After all, he said, the paper recently moved to a new location on Throckmorton Street across from the paper’s original 1909 digs, so “we felt the paper needed to get back to its roots.” 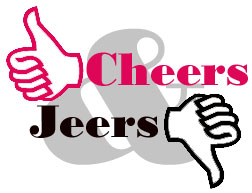 To summarize, the paper will be brand-new and … uh … old and nostalgic.

The newspaper will be “modern” even as it delivers news “in the way that our longtime readers are most comfortable with,” Witt writes. Funny, those same readers screamed like the dickens when the Star-Telegram was making all its changes to the frontpage several years ago, trying to become a lame version of USA Today with a front page that was essentially an inflated table of contents. Back then the Star-Telegram was intent on courting young readers. After all, the theory went, youngsters are the future, or something like that. The youngsters freaked and said, “Dude, like, we get our news from Facebook, Chelsea Handler, Jon Stewart, and bartenders. We don’t, like, like your paper.”

Now Witt is groveling before the old-timers. “I’ll never take you for granted again,” he seems to be saying. “If it’s up to me, every wrinkled, arthritic hand in Tarrant County will be covered in newsprint.”

Count Static among those who criticized the change to a table-of-contents front page. Not because, you know, Static is old, but because the change wasted so much valuable real estate. And devalued important stories. Nothing was ever really a front-page story because to read the whole thing you had to go find the Local section or Business or whatever.

Now the front page again has actual stories on it. And Page 2A will have “News Feed,” a new feature designed for readers who “don’t go online or don’t use social media” — in other words, old people. If it were designed for young people it would be called “NewsFeed” with no space in the middle.

This is where it gets interesting.

Editorial Director J.R. Labbe chimed in with her own column, saying the editorial section would run “Cheers & Jeers” four days a week instead of one. After all, it’s one of the paper’s “most popular features.” (Actually, the “Jeers” are a popular feature. Static’s never met anybody who reads the “Cheers.”)

Then Labbe announced that 13 local citizens will be chosen as part of the 2012 Community Columnist Panel, to write columns.

So: The paper is changing by running more cheers, jeers, and columns written by you, the “readers.” Actually, that makes sense. A newspaper that’s bought out, laid off, fired, or otherwise gotten rid of much of its staff would do well to rely more on guest writers to fill space. Witt nailed it when he ended his column by saying, “This is your newspaper!”