As I write this, Zio Carlo Brew Pub is still trying to recover from some bad press. By now you know about owner Carlo Galotto’s drunken Facebook fusillade against people he referred to as “spoiled Obama kids,” as well as his subsequent, evidently sober, evidently ghost-written Facebook apology. From the conversations branching across the interwebs from this flap, you’ll see a narrative thread weaving in between his rants that begins with Dude, pump the brakes before quickly revving to Holy shit, he’s really gonna try to jump that roof!

The angrier Galotto became, the more horrified his readers sounded. By the time his hammered posts had proverbially steered into his neighbor’s hedge and erupted into flames, the conversational sentiment had settled into a parade of rubberneckers replying either with links to nearby Southside publicists or sanctimonious promises never to set foot in Zio Carlo’s establishment again or ever. I was surprised none of the missives ended in an indignant “Good day, sir!” 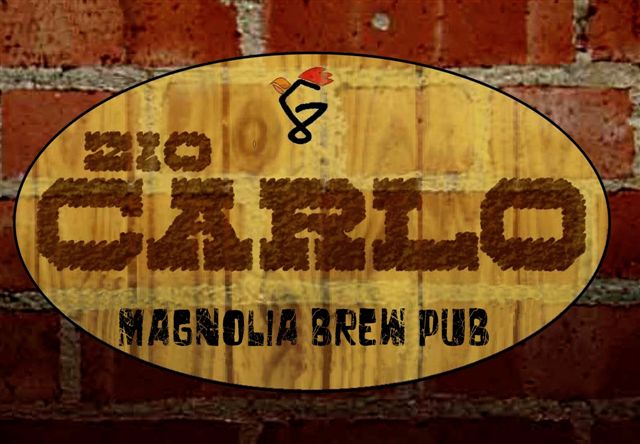 Now obviously, a bar owner doesn’t have to like his or her customers, but you can’t broadcast your contempt to the whole world, even if it’s something you believe is written in the Bible. Of course, it’s stupid to hate on the redneck/hipster/guido/frat-bros/no-tipping pieces of trash bringing you business, even if Facebook is open and ready for you to login and vomit the worst of your inner monologue. Given his sobered-up retraction the next day, I’m sure he’s realized the error of his ways.

Considering that I voted for Obama and live in the neighborhood, will I still get a beer at Carlo’s bar? You bet. Sure, the dude effed up, but it’s not like he was being racist or deliberately pubing up someone’s pasta. I’ve always got good service from his staff. Don’t punish his bar. We all waited for that place to open, so we might as well enjoy it. And anyway, this is Fort Worth: If I stopped going to bars where people hate Obama, I’d have nowhere to write about.

What interests me more than Galotto’s actual tirade was how easily people identified with being an “Obama kid.” I wasn’t surprised that participants got literal, chiding him not to mix politics with bars, but I think Galotto’s disdain has nothing to do with blue versus red. I think he just made up his own name for people who live in the Fairmount district.

Lately, when I think about the culture of the Near South Side/Fairmount area, I think about “Nite Klub,” The Specials’ 1979 paean to young, drunken, semi-employed layabouts idling their time through a recession, wearing self-satisfaction like it’s a fashionable gas mask. But maybe that’s because the bulk of my friends are broke musicians and service industry people. Most of us are poor, and many of us have extended senior year so far past the expiration date that you can basically smell it from a block away. But my street also has a lot of retirees, small-business owners, and families with nice yards (as well as a house that has a billion tiny yapping dogs). Those are all the people I’ve seen drinking at Zio Carlo Brew Pub. Well, and the bike people. And probably not the dog lady. Are we all “Obama kids”? Who knows. It’s still a pretty motley crew to fall under one particular generalization. (What’s the deal here? Is somebody not tipping?)

My guess is that Galotto has, after all of about two months, tired of customer entitlement. As a bartender, I’ve complained about pushy customers in this space many times, but if their demands are so aggravating that you blow your top on what is basically the Nightly News for Nobodies (a.k.a. everybody), why would you ever open a bar?

That Galotto’s frustration has spurred this much discussion is telling, because a lot of people really like his bar. What’s great is that everything else they liked about the bar (the craft beers, the Obama kids) and its employees are still there. And so, presumably, will be Galotto. Hopefully with a sheepish grin and a beer for you. –– Steve Steward

That sounds nebulous, doesn’t it? As anyone who’s been following the Moon/Ridglea Theater drama has figured out, sticking with a projected opening date is a tall order. But according to the Facebook page of national “neighborhood bar” Bar Louie, the new Fort Worth’s location is about ready to go, offering one free signature martini and “small plate” from “the week of Dec. 12” through Christmas Day, Saturday, Dec. 25. Located in the giant West 7th corner space formerly occupied by the Fortress of Horrible Service, a.k.a. Delaney’s Irish Pub, Bar Louie looks like it could indeed start putting the ice cream in all of those free martinis. (Fingers crossed.) –– S.S.