Hollywood stars often take a drubbing for their liberal views, but they don’t all lean left. Take North Texan Janine Turner, for instance. She earned fame in Northern Exposure and other TV shows before ditching Hollywood and returning here to live on a ranch and raise her daughter. She also appears on radio and TV shows with divisive bullies such as Glenn Beck to espouse her love of the U.S. Constitution. 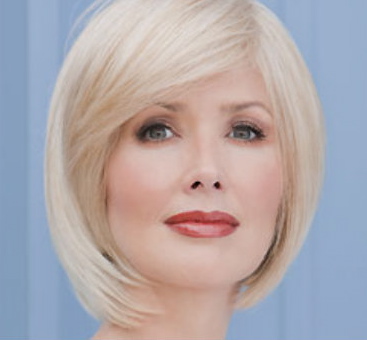 Turner co-founded the nonprofit Constituting America, a group that uses music, film, internet, and social media to inform youngsters on the Constitution. The web site says Turner’s mission is to “build awareness of America’s founding principles and values.” She encourages elementary, middle, and high school students to enter the “We the People 9*17 Contest” by creating a song, film, speech, or public service announcement related to the Constitution (9*17 refers to the day the Constitution was adopted). This year the contest is open to law students as well, because, well, law students have nothing better to do.

Static is a major fan of constitutional rights, but gets nervous when people start claiming the document for their side. Words like “patriot,” “values,” and “liberty” often mean something is about to get shoved down your throat.

Co-founder of the nonprofit is Cathy Gillespie, former chief of staff to U.S. Rep. “Smokey” Joe Barton, an oil and gas industry lackey and big-time protector of corporate polluters. (Remember, he’s the guy who apologized to British Petroleum after that company spilled about five million barrels of oil in the Gulf of Mexico.)

Pardon Static’s skepticism. Being a skeptic is patriotic too, of course. In fact, if they need another amendment to the Bill of Rights, how about this: The people reserve the right to question authority — and anything Smokey Joe is remotely associated with.

Hello, New Yorkers and everyone debating natural gas fracking in your backyards. Static just wants to remind you of a few things that we here atop the Barnett Shale have discovered.

First, the mailbox money. There is not much of it. On a full acre of property, you’ll be looking at maybe $30 a month. For that, you’ll have thousands of trucks carrying toxic wastewater through your neighborhoods day and night, and your streets will be pockmarked with potholes. You can look forward to having millions and millions of gallons of toxic drilling mud tilled into mud farms nearby — which the gas companies will promise won’t leach out onto the neighbors’ places.

You might have your property taken by eminent domain for huge pipelines running frighteningly close to your homes. You’ll need injection wells to get rid of the poisonous wastewater that might make its way into your aquifers and from there into your private water wells and city drinking supplies. Some say those injection wells might cause the occasional earthquake, but so what?

Of course, your air will get dirtier, and you’ll see an increase in asthma, nerve diseases, and a host of other illnesses from all of the hydrocarbons and volatile organic compounds that escape during drilling, compressing, and so forth. You’ll have some spills, naturally, and occasional pipe ruptures that can leave holes the size of half a football field who knows where, but pray it’s not under your front yard. A rig will burn to the ground once in a while. Try not to be nearby.

Oh, and that $30 royalty check will shrink substantially after the first few months. Static just thought you ought to know.