Pulling out all the stops for its annual fund-raising gala this week, the Fort Worth Symphony Orchestra will perform Beethoven’s monumental Ninth Symphony on Tuesday in Bass Performance Hall. The work is scored for massed choruses, four vocal soloists, and full symphony orchestra. The FWSO last performed the piece to a sold-out house during the all-Beethoven summer festival here four years ago.

Billed partly as a centennial celebration, the program acknowledges the fledgling efforts of conductor Brooks Morris and a gathering of area musicians who formed a symphony orchestra back in 1912, calling themselves the Fort Worth Symphony at the inaugural concert. Interrupted by World War I, Morris was able to resurrect his group in 1925. It disbanded again, during World War II, taking several more years to make a comeback. Now the orchestra boasts year-round programs with a balanced annual budget of $12 million, thanks to generous patrons and a dedicated fan base.

Featured will be the Southwestern Seminary Master Chorale, the TCU Concert Chorale, and the Fort Worth Choral Society, along with vocal soloists soprano Kelley Nassief, mezzo soprano Jennifer Lane, tenor Kevin Ray, and baritone Stephen Powell. Lane is associate professor of music at the University of North Texas and along with the other soloists is a frequent guest artist with orchestras around the country.

Regular FWSO conductor Miguel Harth-Bedoya will lead the program, which will be followed by a $250-a-plate dinner at the Worthington Hotel downtown. –– Leonard Eureka 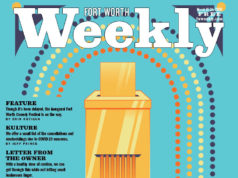 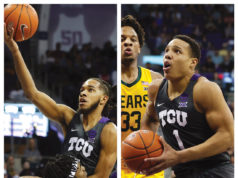