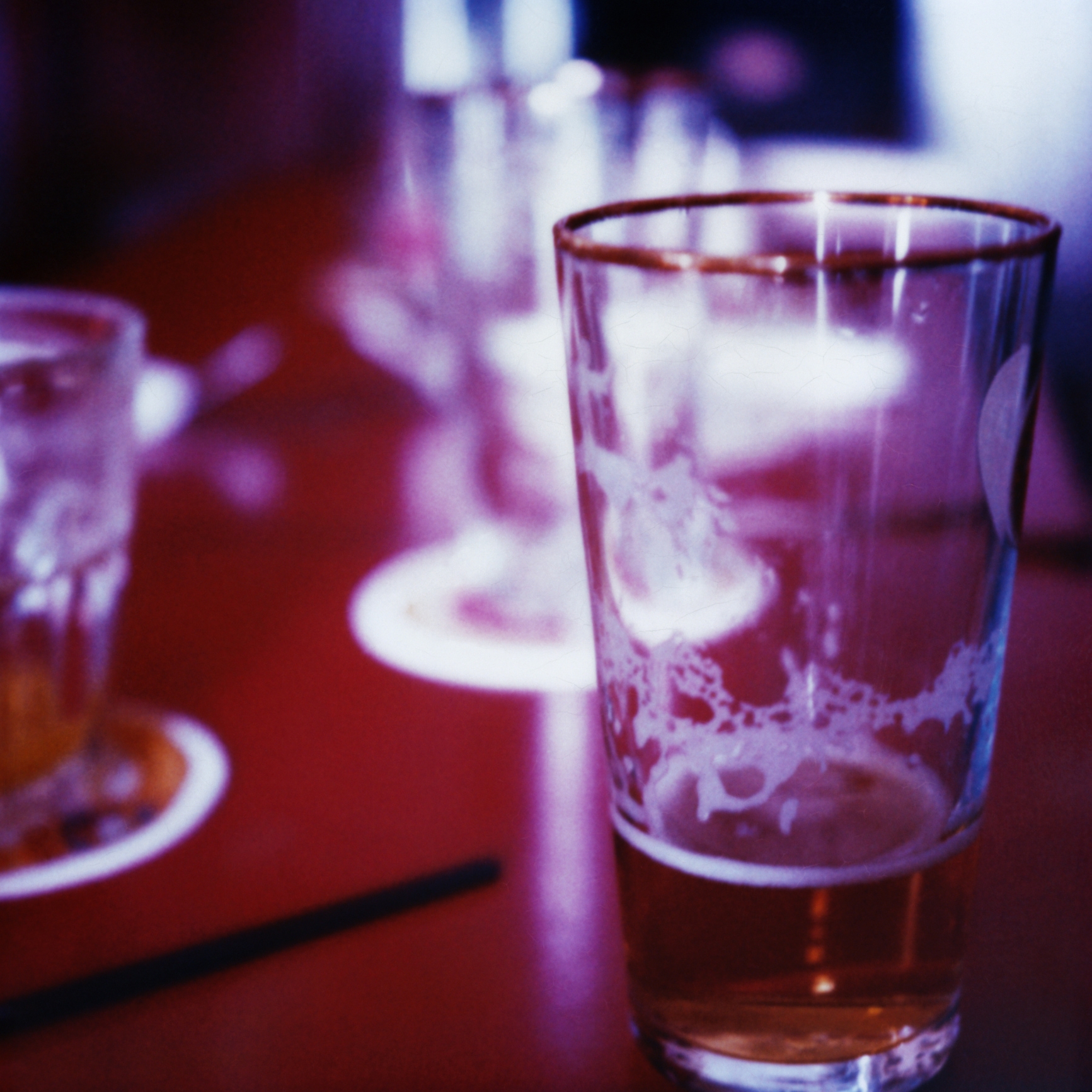 Whenever I’ve been asked or allowed to make up my own special at a bar I’m pouring at, I usually try to make it relevant to heavy metal or at least to the mildly satanic. When I was at the dearly departed Moon by TCU, I made up a drink called The Dark Lord. It had whiskey and Tabasco in it, but it never seemed to catch on. I’ve since refined it into shot form, and now it has Sriracha, but I still make sure to bless it with a horned hand before serving. If I remember.

I bring this up because one special I’ve wanted to do is a Lemmy, named after Motörhead’s notoriously indestructible, compelling ugly, benignly evil (chaos-neutral?) frontman. The Lemmy is nothing fancy, and, in fact, it’s necessarily trashy, because it requires you to double-fist. Basically, for about $7, a Lemmy would get you a bottle of Kronenbourg 1664 with a Jack and Coke, the rust-throated bassist/singer’s jet-fuel of choice.

Now, until the other day, I’d never had a Kronenbourg. I knew it was a lager, and I thought it came from Germany, but I later learned the beer is actually brewed in France –– the menu at Arlington’s World of Beer told me so. Frankly, I’d never have had heard about it if Lemmy himself hadn’t angered the ogres at Metalsucks.com a couple years ago for blowing harp and singing on an acoustic, slowed-down version of “Ace of Spades” for a Kronenbourg ad. Metal purists called him a sellout. The rest of the world said, “Lemmy can do whatever the fuck he wants.” In any case, I picked Kronenbourg out of World of Beer’s 60 taps and ordered a pint, wondering what brewery would need Lemmy’s endorsement.

The obvious answer is plenty of cash. Kronenbourg is nothing to write home about, though I can’t imagine that Lemmy has ever met a beer he didn’t like, at least not if someone else is picking up the tab. As a lager, Kronenbourg is really fizzy, and I’d guess that if France has trailer parks, Kronenbourg probably figures into a lot of unplanned pregnancies. But if I can get behind songs like “Love Me like a Reptile,” I can easily swill a bunch of these mild-flavored, easy-to-drink surrender-beers.

Of course, World of Beer has plenty more to offer than Kronenbourg, and if you’re trying to develop a taste for craft beers, this bar should be your classroom. I’m going to apologize right now to The Flying Saucer Draught Emporium. I love your joint, I can’t wait to see the new place, and your team’s knowledge of beer is staggering. In terms of a noob’s experience, though, World of Beer is pretty much the top of the taps.

From the questions I threw at Ryan the beertender and the suggestions I overheard from a couple of servers, the staff at World of Beer is just as knowledgeable as the Saucer’s, but what makes sampling and learning easier at WOB is the menu. Experts might scoff because the thing breaks beer styles down into almost child-friendly descriptions (in big print, no less), but the baby-steps approach to serious beer drinking is really helpful. For example, I never really got that bock beers are technically lagers. About two-thirds of the way through my Kronenbourg (a pale lager), I ordered a bottle of Tommyknocker Butthead Bock Lager for comparison.

I won’t bore you with the comparative notes, hints, or other uppity bullshit about the differences between the two (go for the Tommyknocker), but I will say that if you’ve been wanting to know what people are talking about when they say something stupid like “Stella Artois is the gold standard of beers,” World of Beer is the place to start, whether you like your Motörhead fast, loose, or don’t care one way or the other. Sunday is as good at time to start as any. There’s a crawfish boil at 1 p.m.  –– Steve Steward