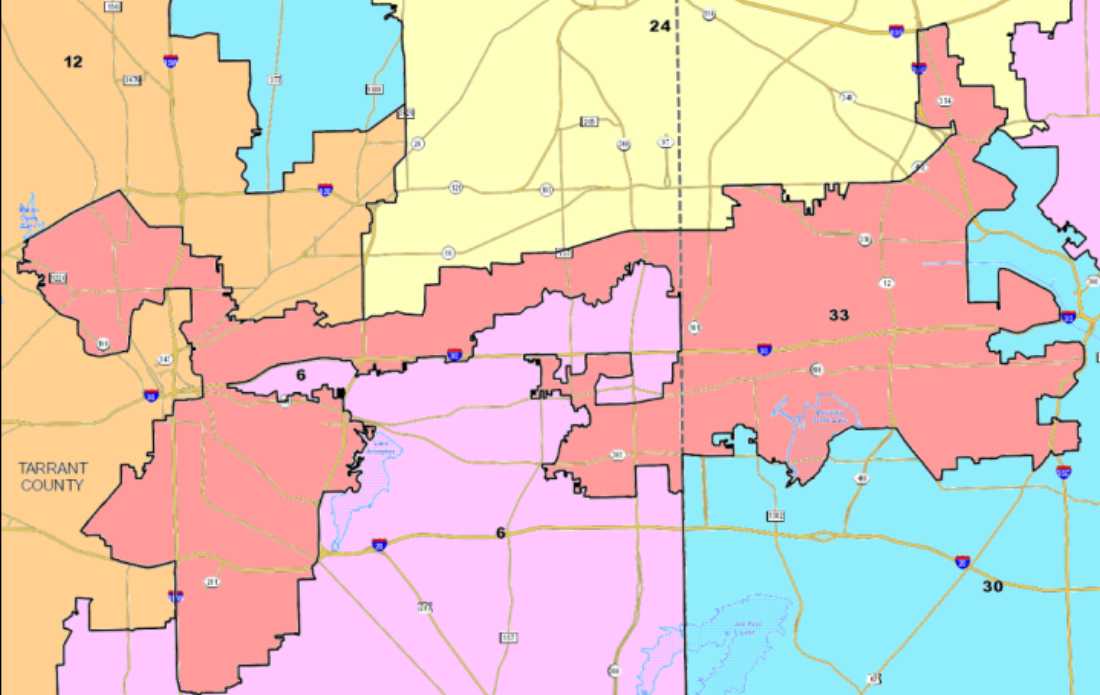 Falling behind Marc Veasey in the race to win the new Congressional District 33 seat, Dallas candidate Domingo Garcia is appealing to fellow Latinos for votes.

After all, he helped to draw the district in way that would give him more Latino support. The district resembles a Rorshach Test as it meanders from southeast Tarrant County to southwest Dallas County.

“This is about our dreams and our aspirations. They’re saying, ‘Will the sleeping brown giant wake up?’ ” Garcia is quoted by Gromer Jeffers Jr. in The Dallas Morning News today.

Not that this election is about race, mind you.

Garcia and others say this is about electing the best person for the job, and not voting based on someone’s race.

But you have a Dallas Latino politician in a runoff with Fort Worth African-American politician (Marc Veasey) for a district seat created to increase minority representation in Congress. Blacks and hispanics are traditionally under-represented in politics, and both racial groups want more influence in Washington D.C.

It’s not easy to take race out of that discussion.