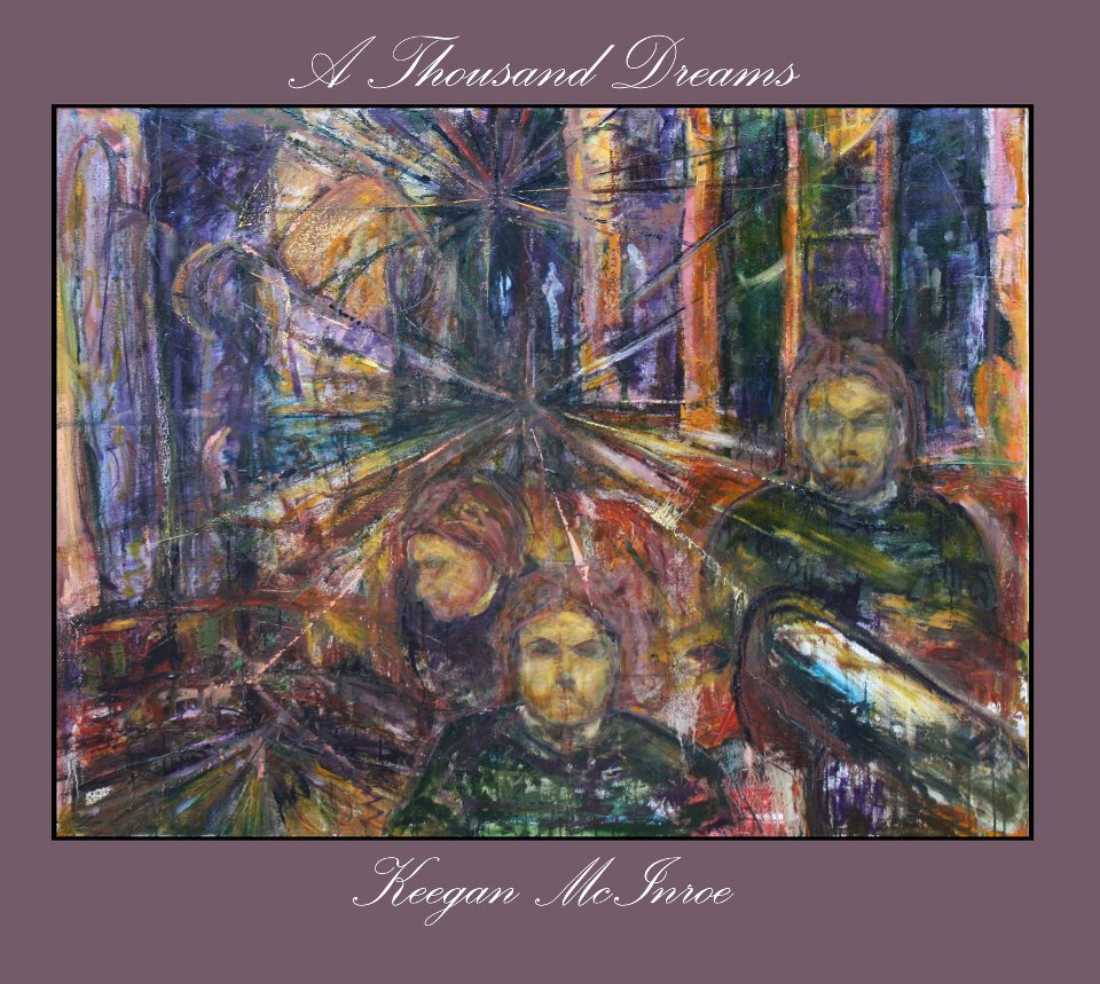 As if Fort Worth needed another reminder of just how deep its pool of singer-songwriters is, now comes Keegan McInroe’s A Thousand Dreams, a recently released 19-song monster of taste and creativity. Clearly the one-time Catfish Whiskey rocker hasn’t stalled since the band dispersed in 2009. Dreams is the Fort Worthian’s third solo album in four years, and it’s easily one of his best.

The album-opening “I Don’t Mind” is a tidy, catchy toe-tapper that sets a nice, chill tone for the remainder of the lengthy disc. (Lengthy, in this case, is a good thing.) Think of McInroe as a something of a Texan Cat Stevens or Sufjan Stevens who sounds best during a Sunday afternoon on a sunny porch with a snoozy dog at your feet.

If that sounds sappy, so be it. Although this artist’s odes are emotionally charged, they’re genuine, which is to say credibly and incredibly folksy. The jacket’s listing of accompanying instruments alone attests to this album’s backwoods bona fides. Fiddles factor heavily in many of McInroe’s songs. So do harmonicas, pedal steels, mandolins, organs, violas, and trombones — all masterfully blended into a seamless neo-folk tapestry, courtesy of the mixers at Tomcast Studio in Dallas and the mastering pros at Jones Audio here in Cowtown. Backup vocalist Sally Glass, if anything, needs to chime in on more of his songs. Her voice is divine.

Sometimes McInroe keeps it lighthearted and jaunty, as on rolling lyrical tracks like “Old Lover’s Arms,” one of the album’s highlights. On others he gets gruffer though not necessarily darker, like “Don’t Ya Never Leave,” an enchanting yet elegantly simple heartbreak ditty driven by old-school, long-bearded country. Its steady strumming and repetitious lyrics show that McInroe knows how to wow without showing off.

Then, suddenly, tracks like “Abe’s Dream II” and “Abe’s Innards” swing toward the more experimental and prog-rocking influences of a musician who clearly gets the occasional wild hair. — Matthew McGowan

For a singer-songwriter, it must be exhilarating to record an album of songs that touch you so deeply you wish you’d written them. Sure sounds as if fun was in abundance on Pat Green’s Songs We Wish We’d Written II, the long-awaited sequel to the first such collection, from 2001. As with the initial recording, Green here has corralled a free-ranging assortment of musical styles (rock, blues, country, pop) and funneled them through his own contempo-country filter. A mere 10 songs leave the listener feeling shortchanged, but that’s better, I suppose, than the alternative.

The opener, Joe Ely’s “All Just to Get to You,” sets the album on a rowdy roll that continues for most of the journey. A slow ballad (“If It Weren’t for You” by Liz Rose and Fort Worth’s Walt Wilkins) gives the album a beautiful and refreshing breather in the middle. Another ballad, Lyle Lovett’s yawn-inducing “If I Had a Boat,” is tacked on near the end. The bulk of this project, however, veers from upbeat barnburners to soulful pop. The performances by Green and his band are solid throughout but come alive most when they move furthest away from the rural genre that made Green a Texas Music star. Cases in point: Green nails Collective Soul’s “The World I Know,” Tom Petty’s “Even the Losers,” and Warren Haynes’ “Soulshine.” Those songs will make some of Green’s country fans want to break a Lone Star longneck and slit their own jugulars. But Green has never been a one-note Johnny pandering to the masses. For years he’s been willing to piss off traditionalists by delving into Nashville pop like “Wave on Wave,” which remains my favorite Green song.

Maybe the Fort Worth singer should move even further toward the fringe and throw down some Monsters of Folk or My Morning Jacket. That’s it. I’m officially demanding a third collection, this one entitled Songs We Wish Pat Green Would Wish He’d Written. I’ll make the first suggestion: a remake of “White Light, White Heat” by The Velvet Underground. Send me your song suggestions for Green. I’ll get my people to tweet his people. Then we’ll all do lunch, talk shop, and drink lots of PBR. Call you maybe! –– Jeff Prince

The Spiracles’ How Things Went Well When I Met You

Launched last year with four artists, Fort Worth’s Saint Marie Records now boasts 24 acts on its roster. Many are international, and all tend to specialize in mellow indie-rock with a flair for digital production. In January, the label put out How Things Went Well When I Met You, a five-track EP from The Spiracles, the side project of Peruvian guitarist-producer Luis Rodríguez (Resplandor) that features Aracelli Fernández on vocals and co-producer Rocco Flores on bass. (Resplandor, which has worked before with Robin Guthrie of the Cocteau Twins, will put out an album on Saint Marie this fall.)

The set opens with “Fireflies” and ends with two remixes of the track, courtesy of electronica acts Elika and Canu (Altocamet). The song had already been released as a single last summer (with alternate cuts), which means that between two releases, there are now six versions of “Fireflies” floating around. The first one on this disc lands squarely in dream pop territory, wistful and warm with nostalgia — just what’s needed to evoke the familiar whimsy of falling in love, which the song details. There’s little flourish, though, in Fernández’ delivery and not much to set it apart; after a while, the four-minute-plus track grows tiresome, with too many reprises of the schmaltzy chorus. “Mercy,” the other Rodríguez original here, builds on a similarly pretty dream-pop soundscape, and the lyrics and vocals again feel rather simplistic and cliché. The cover of “End of the Affair” by The Field Mice, a late-’80s British indie-pop group, risks drowning out the song’s emotional intimacy by adding several layers to the rather sparse and plaintive original, but the multi-tracked chorus redeems the second half. Elika’s remix of “Fireflies” speeds the track, and Canu’s version, the best of the three, gives it more of a pulse, but the mediocre source material isn’t suited to so many reinterpretations.

How Things Went Well When I Met You isn’t the most fleshed-out release, but it’s a testament to Saint Marie’s reach and bodes well for the label’s success in attracting other fresh talent from the world over. — Zack Shlachter