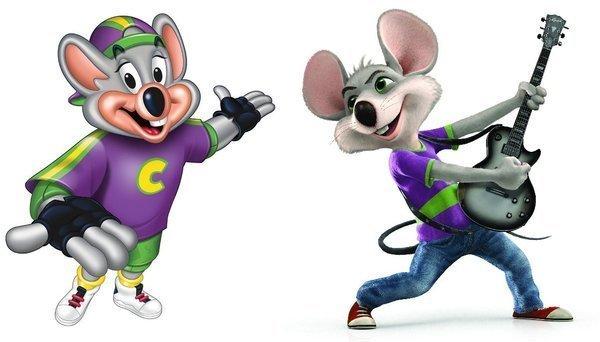 File this under “It’s about time”: The North Texas-based company that owns the Chuck E. Cheese children’s pizza franchise has given its giant rat mascot a radical image makeover. No longer does he resemble your fat, t-shirt- and baseball cap-wearing brother-in-law. Now he is a young, slim, axe-playing superstar who looks like pepperoni pizza and coke are definitely not listed on his concert rider.

It’s unclear whether this strained bid for hipness will help rescue the chain’s falling profits, as Mr. Cheese has been known for overpriced, mediocre children’s birthday party experiences since I was a kid. Things have apparently not improved much: Just a few weeks ago, my niece booked a party for her four-year-old son there. They both report that the pizza is still crappy and the rat is still terrifying to four-year-olds Maybe the guitar and the weight loss help.