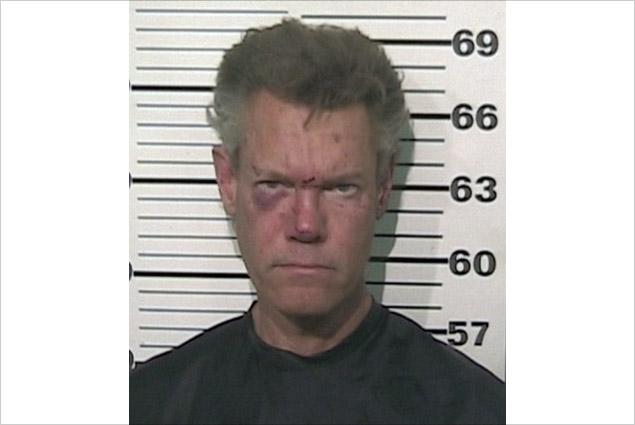 Randy Travis is a very talented, even legendary country artist, but the last couple of years he’s been on a downward spiral of “bad-worse-worst” publicity. The Tioga, TX resident first made headlines with nasty protracted divorce proceedings from his longtime manager-wife. (Is putting your spouse in charge of your career ever a good idea? Even when she sports a flashy platinum wig as old-school Nashville cool as Elizabeth Travis’?). He most recently sued her for trying to “sabotage” his career by revealing personal details about him to others.

What personal details? We don’t know. I could speculate, but that’s all it would be –– just me speculating a lot of purely speculative speculation over what kind of personal info might ruin Randy Travis’ career as a Christian country icon.

Then early this year he got arrested in a church parking lot in Sanger for public intoxication, but at least he was within passing-out distance of a house of the Lord. It’s hard to put a devout spin on last night’s brush with the law, however: Travis was reportedly lying in the middle of the road stark naked and threatening to shoot the arresting officer. (He didn’t specify where he was hiding the gun).

Travis has sometimes been cited as an artistic heir to the great George Jones, with all of that singer’s gorgeous nasal vocal virtuosity and little of his drunken shenanigans. Looks like the bottle might be catching up with Travis, though. Let’s hope he can shake his demons, regain his creative mojo, and live the kind of life where he doesn’t have to fear the disclosure of damning “personal details.” Whatever those might be.