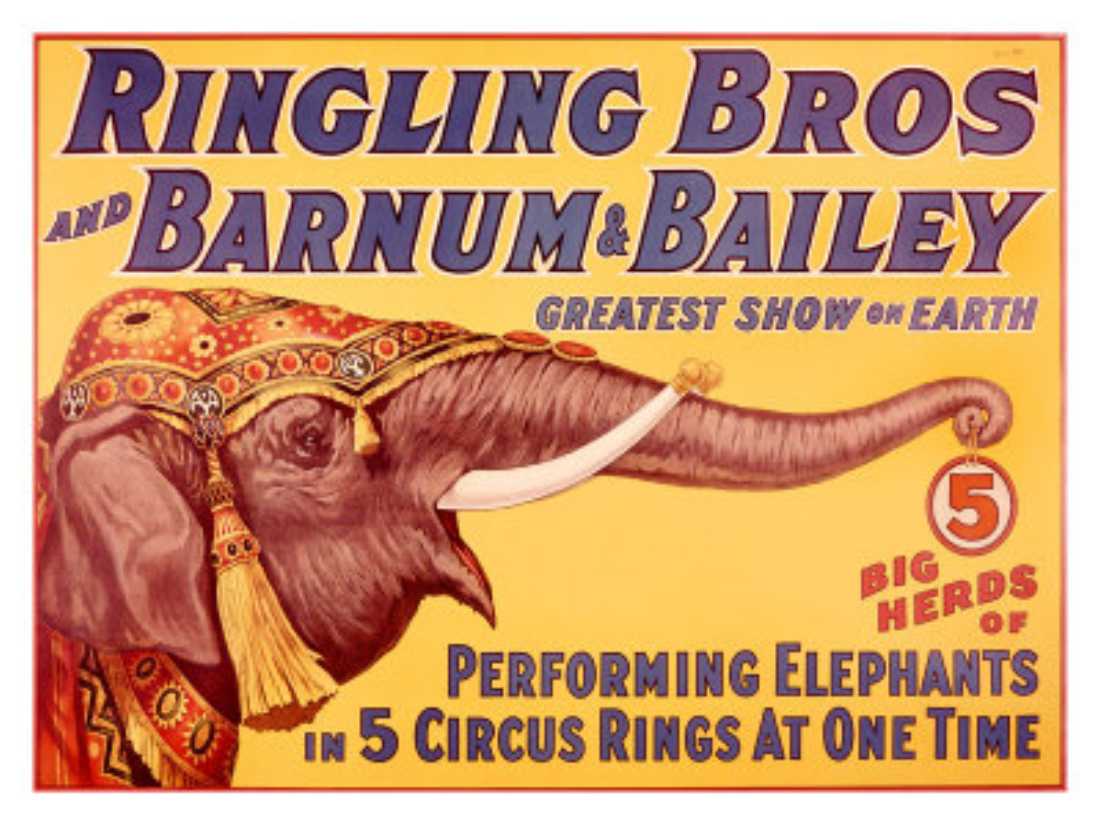 Is there some reason why the Ringling Bros. Barnum & Bailey Circus is only in Fort Worth for five days when it just spent a full two weeks in Dallas? Regardless, the circus is in town this week, so now’s a good time to take the kids to Fort Worth Convention Center. The circus plays Wed-Sun at 1111 Houston St, FW. Tickets are $15-100. Call 800-745-3000.

Currently ranked the fourth-worst movie of all time by Internet Movie Database’s users, Harold P. Warren’s Manos: The Hands of Fate is ripe for Mystery Science Theater treatment. That’s exactly what this 1966 El Paso-filmed horror flick is going to get, too, at RiffTrax Live, which plays at movie theaters tonight. The event screens at 7pm at various theaters; check Calendar for locations. Tickets are $12.50. Call 818-761-6100.

The modern tradition of British slamming-doors farce can probably be traced back to Philip King’s See How They Run, which debuted in 1945 and concerns the doings of a small-town English vicar, his former-actress wife, her old flame, and a village busybody. Circle Theatre puts on the piece this month, running thru Sep 8 at 230 W 4th St, FW. Tickets are $20-30. Call 817-877-3040.

Get an early start on Dog Daze of Summer, which features live music, cooking demonstrations, and photographs of your pets at the Cowtown Farmers Market on the West Side. You can turn up early enough so that the heat won’t become a factor enjoying this outdoor event. The thing starts at 8am at 3821 Southwest Blvd, FW. Admission is free.

This is Restaurant Week, so now is a great time to eat a fantastic meal at one of our city’s fine gourmet restaurants without spending more than $35 per person. As was the case in previous years, part of your money goes to Lena Pope Home, so you can feel even better about splurging. Restaurant Week lasts thru Sun at various locations. Prices are $35.

As the North American Baseball League’s season winds down, the Fort Worth Cats have work to do to move up into playoff contention. They can help their cause immensely with a series against the Rio Grande Valley White Wings, who are in second place in the division, just ahead of the Cats. The series runs Sat-Tue at LaGrave Field, 301 NE 6th St, FW. Tickets are $5-16. Call 817-226-2287.

Most religions have an anti-deity to explain where evil in the world comes from, but you can ponder the specific origins of Satan at The Dead Sea Scrolls and the Origin of Satan, a lecture by Southwest Seminary Old Testament professor Ryan Stokes. The lecture is part of a series running in conjunction with the seminary’s Dead Sea Scrolls exhibit. The talk is at 8pm at 2001 W Seminary Dr, FW. Admission is free. Call 817-877-9933.