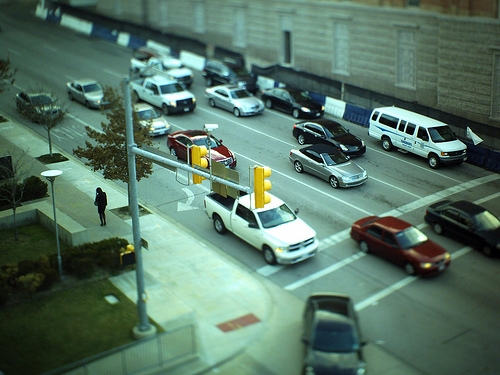 Tarrant County ranks ninth in a list of U.S. counties that consume the most gasoline each year.

Nearly half of the top 10 gas-guzzling counties are in Texas, with Harris County ranked second, Dallas ranked fourth and Bexar County coming in at 10, according to the study, which was a joint effort by the National Resource Defense Council, The Sierra Club and the League of Conservation Voters.

Only Florida had more than one city on the top 10 list, while Los Angeles took the dubious honor of first place. But if the list were reorganized by gallons consumed per person, the list would look much different.

While LA comes first in total usage, gallons per person are a measly 147 — the lowest by far on the list. Compare that to Dallas, which 368 gallons consumed per person would come in second and Fort Worth, at 339, would come in third.

This is the result, no doubt, of the suburban sprawl and dearth of public transportation that have defined the Metroplex’s growth and development (or lack thereof) for decades.

Now that gas prices seem likely to stay above $3 or even $4 a gallon for some time, perhaps it’s time for a new model.

From Deron Lovaas at the National Resource Defense Council:

America buys 18.8 million barrels of petroleum products every day, accounting for more than 20% of all global usage. This can drain roughly $1 billion on average every day out of the economy. This oil use also accounts for more than a quarter of the heat-trapping carbon pollution emitted by various sources in the U.S…

The Houston area and Dallas area are particularly addicted to oil, both in total and per person use. To find out more about where your county stacks up in this picture, click here to access and use a cool googlemap designed by friends at the Sierra Club.