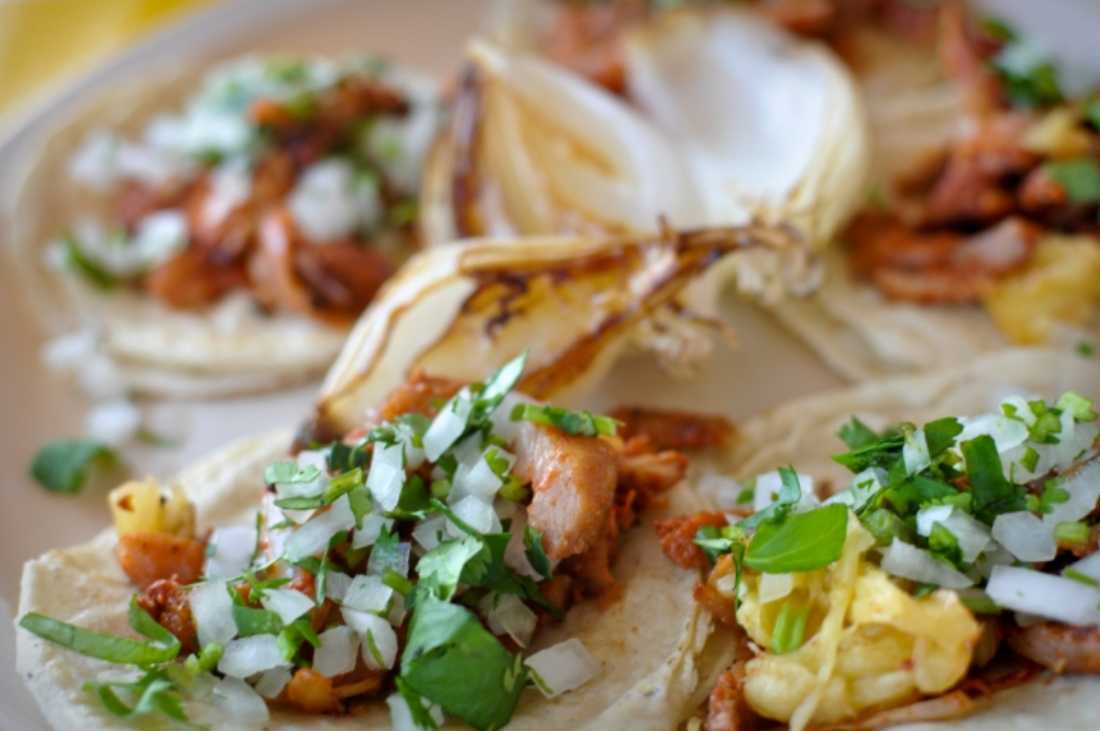 I started my Flat Tire Columns last year when my Korean hot-rod broke down in Arlington (On Foot for Food, Dec. 13, 2011), and I was forced to go find a decent lunch on foot. Poor me, right? Wrong. Since then, I’ve come to enjoy the occasional culinary walk-about. Either I stumble upon some great food, or I become bait in some sort of police sting operation. Either way, I’m contributing.

This time, admittedly, the only thing that broke down was my willpower. I was hungry, it was lunchtime, and I was at the corner of Beach and Belknap streets, on the border between Fort Worth and Haltom City.

Though I’d passed it many times, I had never stopped at Taqueria El Toro (4002 E. Belknap St., Haltom City) before. Maybe that’s because my car turns into a divining rod when it gets a whiff of the Asian places on Belknap. Turns out, El Toro is my kind of place.

The only menu in this tiny restaurant is a short list of dishes and prices written on poster board, looking like some kid’s art project hung up by proud parents. The operation is a walk-up counter with an open kitchen. The “menu” lists homemade tortillas, a claim that arouses my inner skeptic. However, at El Toro, as soon as you place an order, the cook grabs a handful of cornmeal dough flattens it out in what looks like a waffle maker, and then throws it on the grill. It was a-maize-ing.

The pastor tacos are only $1 each, which was stunning considering their size and the generous stuffing. The pork itself was a little overcooked, but the flavor was spicy and the meat tender, complemented by fresh cilantro, sautéed onion slices, and a fiery green salsa. The stars of the show, however, were the fresh, warm, thicker-than-usual corn tortillas. I considered going back and buying some to pass out as Halloween candy, but the average trick-or-treater might not appreciate them the way I do.

Just around the corner from the El Toro is El Rancho Supermercado (1212 N. Beach St.) — number 23 in the chain, for those keeping score — a Mexican grocery store/juice bar/restaurant/ice cream parlor/ offering pretty much everything you’d need for a meal or a quinceañera. It’s like all the Mexican food items from Central Market seceded and started their own place.

The store’s café is a pretty typical taqueria, offering the various parts of pigs and cows on tortillas. The ingredients are kept in chafing dishes, which isn’t a problem at some places. But the meat in my torta de barbacoa ($5.99) tasted like a cross between beef jerky and chewing tobacco. It might have had good flavor once, but that was long, long ago. At least my agua fresca with cantaloupe juice ($2.79 for a large) was refreshing and subtly sweet.

If I’ve learned anything from this exercise, it’s to stop and smell the tacos. El Toro is the kind of place that reminds me why I love this job. The food is simple, inexpensive, and made with love. El Rancho’s taqueria, on the other hand, is the sort of place that makes me happy that El Toro is within walking distance.