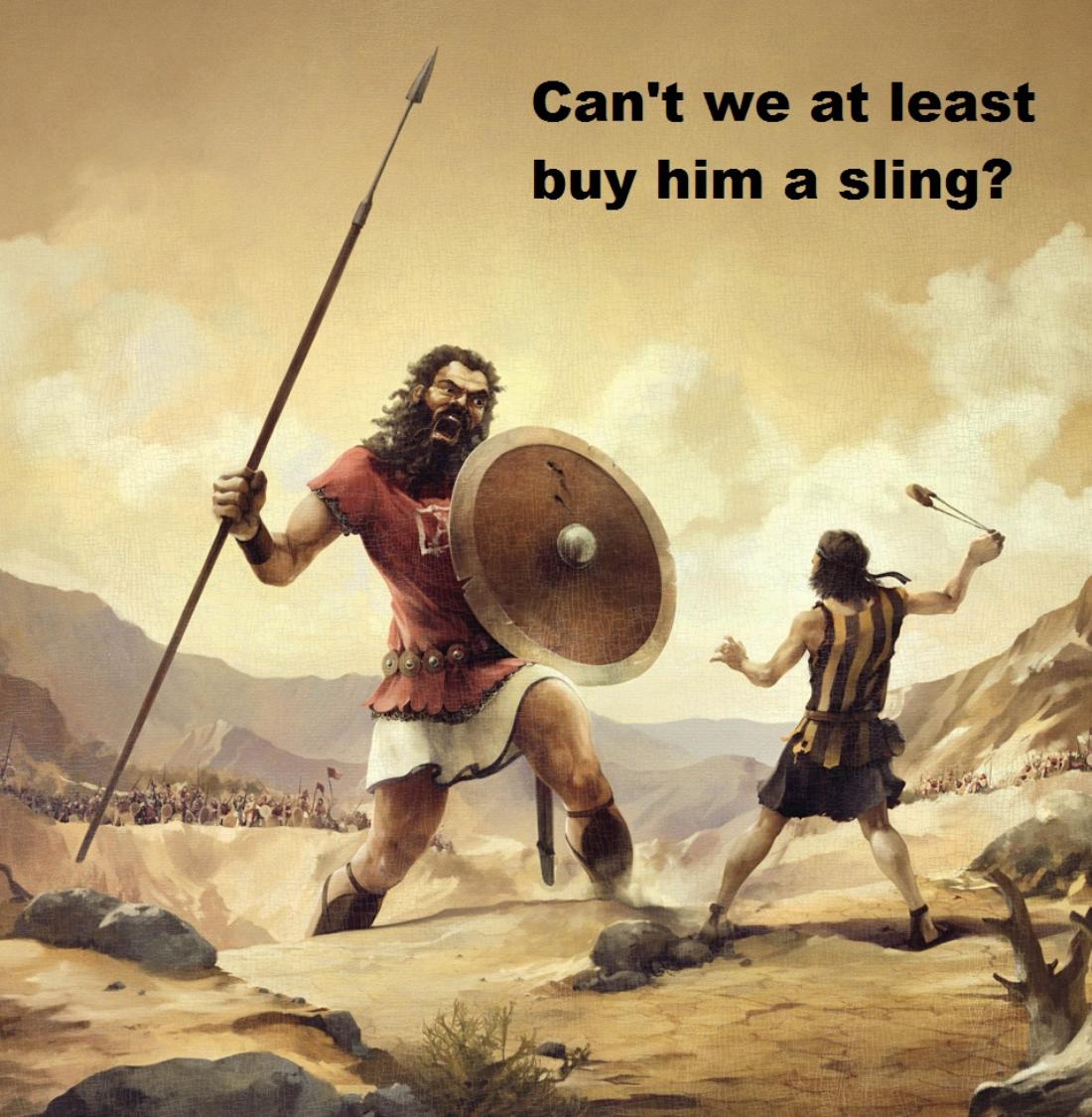 First off, David forgot his slingshot.

Secondly, his movements were encumbered by a huge goiter on his neck.

He did bring a six-shooter — but shot all six rounds into his own foot.

Our hero put up a solid defense, set up the beast with a constant left jab, and delivered staggering blows when it counted.

The Giant was miraculously felled by the little shepherd boy with the star on his hat.

The crowd, whipped into a fury, screamed its approval: “We love you, David! We’re sorry we ever doubted you! Forgive us! Now kill the Giant! Kill! Kill! Kill!”

David looked down at the defeated, sniveling bully and raised his fist to deliver the fatal blow … and … suddenly … dropped dead.

Killed by his own goiter.