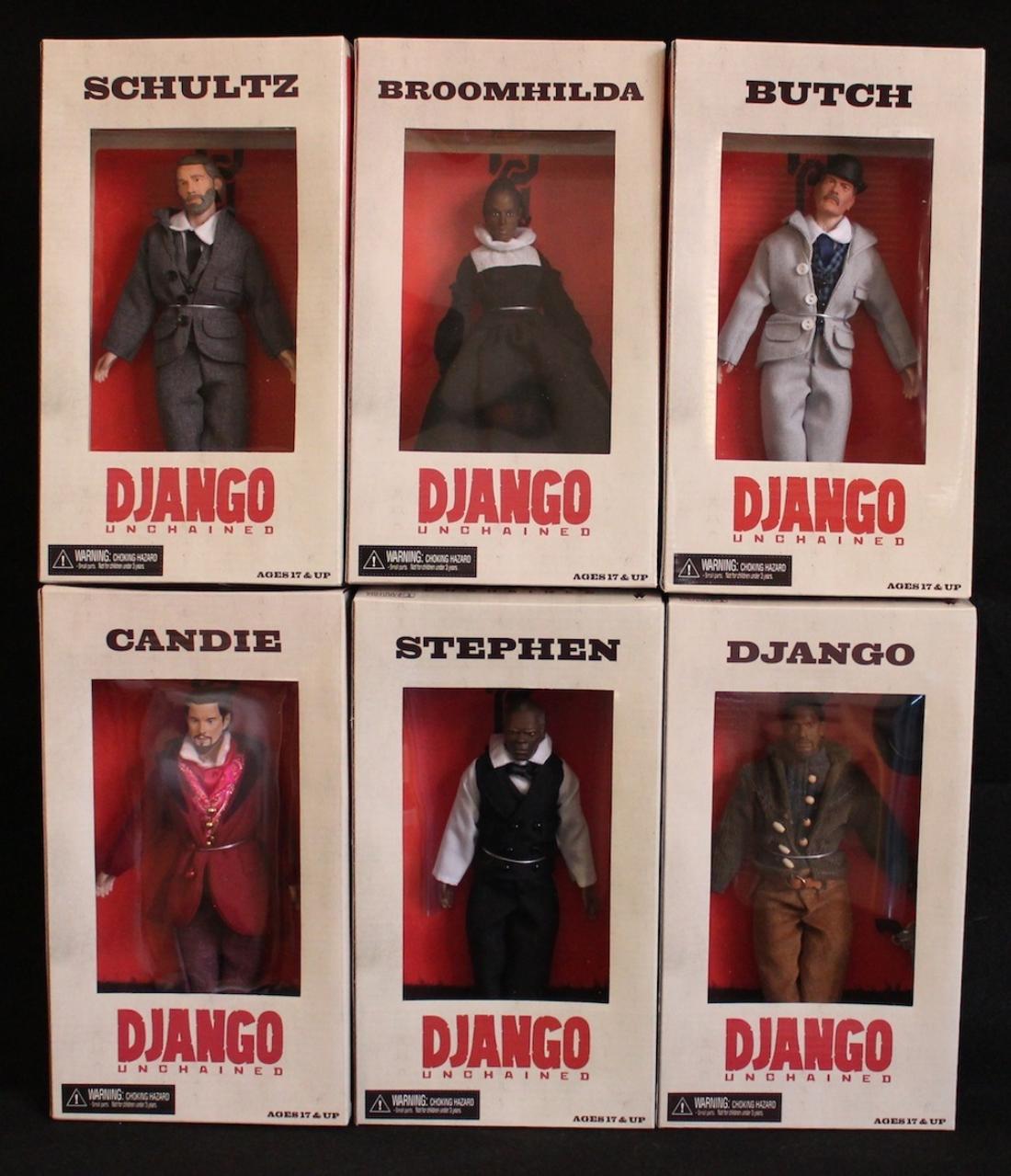 Banning a toy, of course, makes it rare and valuable.

A  quick look at eBay this afternoon shows numerous auctions featuring the discontinued Django  toys — some drawing bids of hundreds and even thousands of dollars on MLK Day of all days.

This six-piece set of Django figures sold for a staggering $6,000.