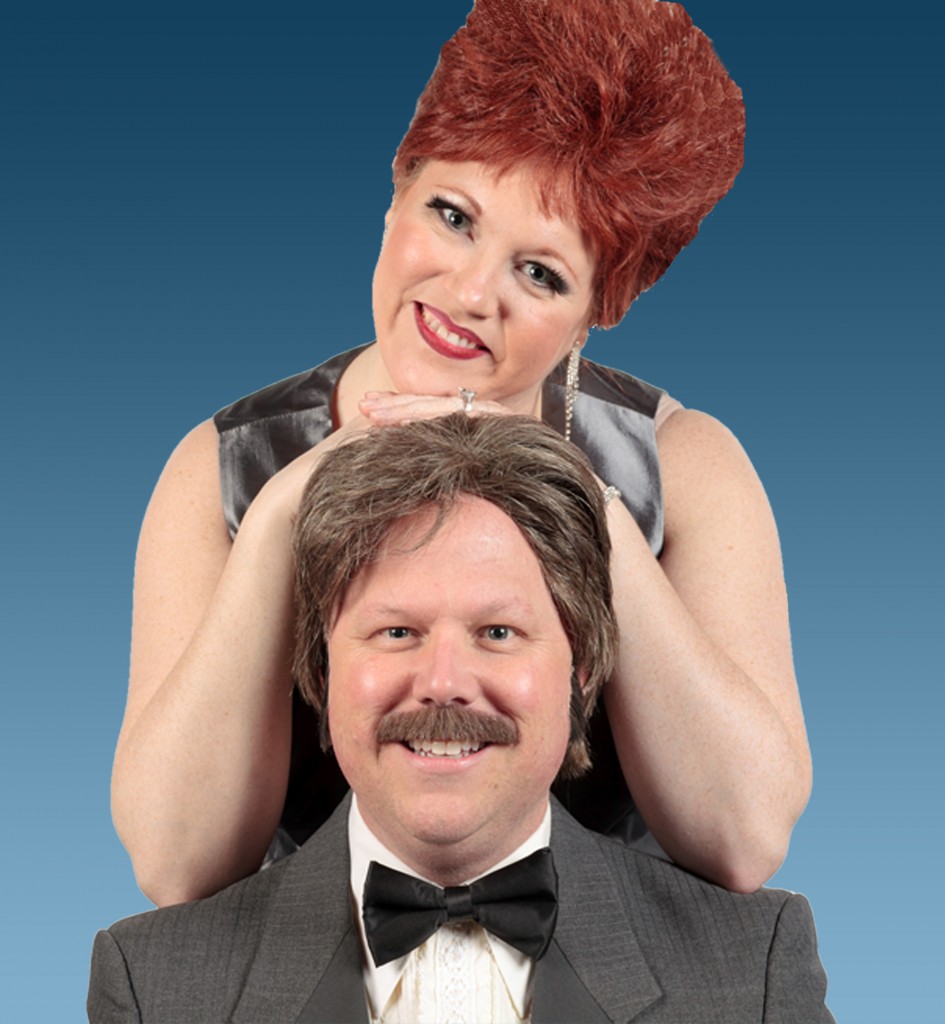 To anyone who saw Theatre Arlington executive producer Todd Hart introduce Friday’s opening night performance of The Tale of the Allergist’s Wife, he seemed jovial as usual. But behind the scenes, an emotional farewell was imminent: After serving for more than three years in the top post –– and presiding over some of the most critically acclaimed shows TA has staged in its four-decade history –– Hart (pictured left in fake ‘stache and wig with Jenny Thurman) resigned this week. He’ll stay on through April and then relocate to Las Vegas to live closer to his mother, sister, and other family members. Some of them have recently developed serious health problems.

“One of our board members who was writing the press release [about his departure] said, ‘Let’s be sure to mention family illness,’” Hart said with a chuckle. “If we just said, ‘He’s leaving to spend more time with his family,’ everyone would think the board fired me. But it was my decision.”

A California native, Hart came to North Texas 28 years ago to work as a studio musician and do TV and radio jingles. His first stage role at Theatre Arlington was Prince Charming in 1986. He has also worked extensively with Casa Manana, both onstage and administratively. As far as leaving TA now, he admits that the post of executive producer is all-consuming –– “it becomes your whole life” –– and he wants a job that will allow him to have more of a personal life. He said he has a few employment nibbles in Vegas from friends and family, including his sister, who produces corporate entertainment events in Nevada.

Theatre Arlington will begin searching for a new executive producer. As the company celebrates its fortieth anniversary with excellent productions like the current Allergist’s Wife, Hart wants to go out on top.

“Every theater says they’re doing great work, but I know we’re doing great work,” he said. “To leave doing really high quality shows in our fortieth year, to have audiences say, ‘The performance was great, and the set was awesome, and it’s in Arlington’ –– I have a great sense of pride for what we’ve accomplished.”