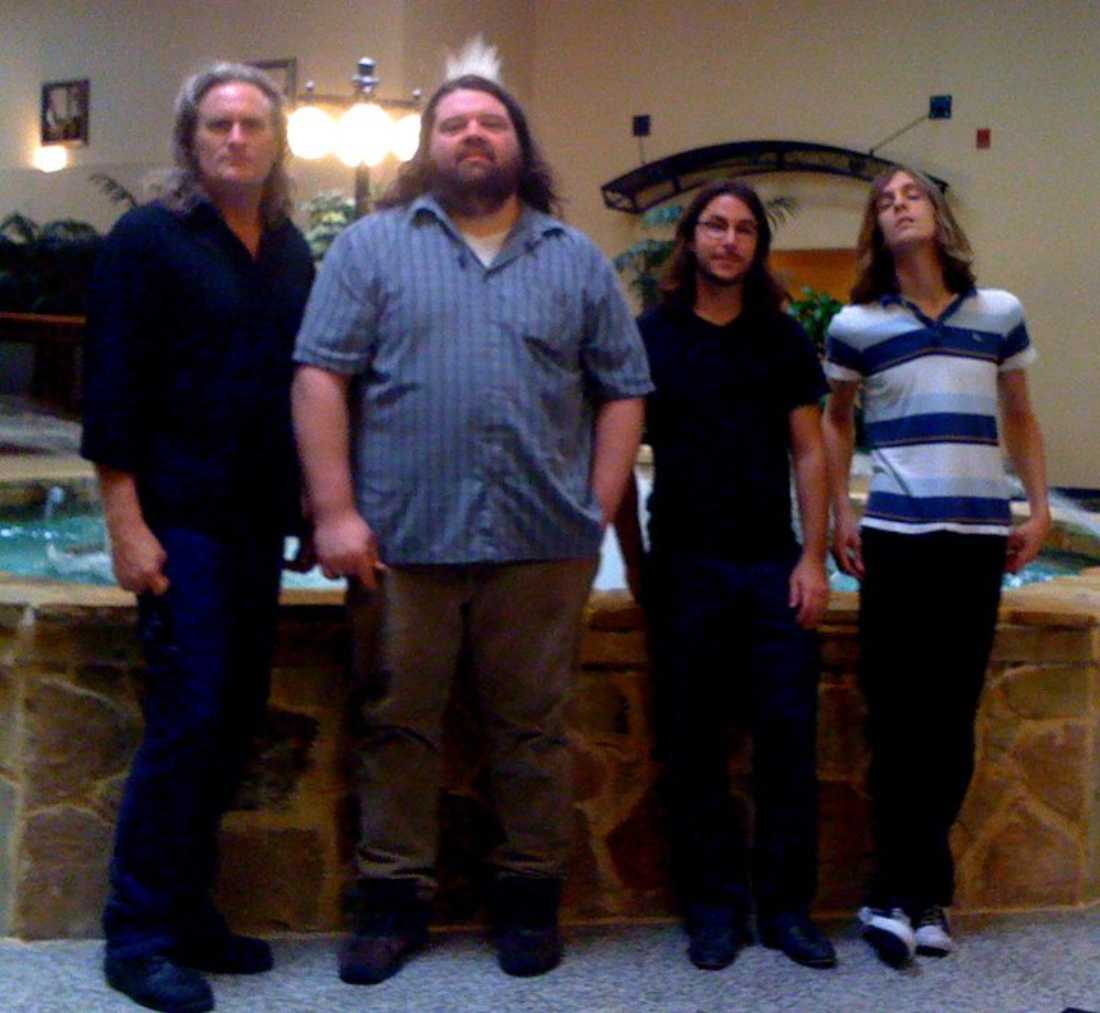 I’m guessing that not many local, original musicians listen to mainstream classic rock on a regular basis. I don’t think I’ve ever heard any of them say, “Yeah, I was listening to Lone Star Ninety-Two-Five the other day …”. If they do listen to classic rock with any regularity, they’re probably jamming to deep, deep cuts, definitely not “Africa,” “Funk #49,” “Everybody Wants to Rule the World,” “War Pigs,” or pretty much the rest of Big Mike’s Box of Rock’s setlist. But every Tuesday night at Lola’s Saloon, there they are — dozens of undeniably cool local musos banging their heads or swaying along to Box of Rock’s precise covers of classic rock and pop hits. Maybe more than anybody, the local cats are going to miss Michael “Big Mike” Richardson’s nearly four-year-old project.

Last week, Richardson announced via Facebook that Box of Rock’s last show will be April 9. Richardson will continue performing solo and with his assorted tribute projects, but Box of Rock will be no mas. “I’d rather not go into any big ‘whys,’ ” he said recently. “It’s really nothing worth writing about, nothing at all to do with any of the guys personally or musically,  just a choice I made for myself.”

Yes, there are other cover bands in town, but there’s never been anything like Box of Rock. For one thing, Richardson is a monster. His knowledge of classic rock is encyclopedic, and as a guitarist and vocalist, he can mimic just about every legendary performer, from David Gilmour at his most soulful to Mick Jagger at his rowdiest, note for note. He’s also done some original guitarwork, with local prog-rockers The Underground Railroad and with hard-rocking stoners EPIC RUINS.

And the other guys in BOR aren’t too shabby either. Drummer Matt Mabe (Quaker City Night Hawks) and keyboardist Justin Pate (Casey James) are two of the best-respected musicians in North Texas, and bassist Kevin Davis (Incognito) is a consummate pro.

Another possible explanation for Box of Rock’s uniqueness? Well, the ladies love them some Box of Rock. The band’s roots are in the TCU area –– the dearly departed Moon, specifically –– and even after relocating all the way across town, Box of Rock still draws a fair share of fashionable, attractive young women, most of whom, we can correctly assume, are Horned Frogs. (Lotsa TCU stickers on the fancy cars and SUVs parked around the venue on Tuesday nights.)

The least obvious but probably most important factor in explaining Box of Rock’s distinctiveness is Richardson’s curatorial aptitude. He picks quality material, songs that are easy on the ears, naturally, but devilish in their musical complexity. You may not realize what an underrated badass Frank Beard is until you watch Mabe play “Heard It on the X,” with its quickly shuffling snare, or understand the genius of George Harrison until you see Richardson rock one of those unforgettable Beatles riffs. Sure, we all like to complain about the canon: Every Aerosmith song sounds the same, Duran Duran is cheesy, The Eagles are toothless, blah, blah, blah. But whenever local music fans, especially ones with snobbish tendencies, begin talkin’ down, I always say, “You may think ‘Africa’ is schmaltzy, but could you imagine if some young local musician came up to you at the bar and handed you a CD that you popped into your car stereo on the way home and ‘Africa’ came bubbling out of the speakers?! You would flip your lid and create a major record label from scratch just to sign that kid to a big, fat contract!”

That’s how good the music is, and thanks to the Box of Rock guys, we’ve been able to cherish its significance and, hopefully, become inspired.

That’s a legit argument when talking about 35 Denton, the annual four-day festival and conference whose 2013 edition is this weekend at multiple venues in Little D. Some of the most progressive indie-rock bands in the world and our backyard are scheduled to play. Touring acts worth checking out include: Akron/Family, a California collective specializing in world music- and rock-influenced folk; dreamy Auckland dance-rockers Ruby Sun; Camera Obscura, a Glasgow quintet purveying catchy pop; California doom-metalists Sleep; and, of course, Roky Erickson, the legendary frontman and co-founder of the 13th Floor Elevators, an Austin outfit that was doing psychedelia even before The Beatles.

There are also tons of North Texas acts to see, including Dallas’ The Angelus and True Widow, Denton’s RTB2, and Fort Worth’s Pinkish Black, Fungi Girls, and Skeleton Coast, among many others. Tickets are $25-55.

Maybe. On Sunday, a bunch of cool musicians –– most from North Texas but some from out of town (like waaay out of town) –– will converge on the Near Southside at New Media Recordings (1329 Hurley Ave.) to jam and party. Along with headliner Leslie Sisson, an Austin indie-rocker who also plays in The Wooden Birds (co-fronted by Fort Worth native Andrew Kenny), the event, A Perfect Sunday, includes Oakland’s Greg Ashley (Gris Gris, The Mirrors), Dallas’ D.H. Phillips (True Widow) and Lo-Fi Chorus, Austin’s Ralph White and Twigs & Yarn, Denmark’s The Migrant, and Fort Worth’s Clint Niosi, Don Feagin (The Theater Fire), and Jake Paleschic (The Longshots, Patriot). No one from Denton. Hmm. No cover, but donations are requested for the touring artists.