To the editor: Hey, I just wanted to say thank you for Jeff Prince’s story “Buying American” (Jan. 23, 2013). Marijuana legalization is a hot topic these days, and the material presented was excellent, featuring forerunners in the industry and presented in a wonderful manner. Thank you for your willingness to expose an age-old infringement on human rights by big business interests. You have earned another faithful reader. Cheers.

To the editor: My Fort Worth daughter sent me a copy of the recent On Second Thought article called “Drones Don’t Kill Kids” (Feb. 20, 2013). I was so taken with the sentiments expressed and am in complete agreement with the conclusion. This is a more cogent and courageous statement on the subject than any I’ve seen in The New York Times. It is not surprising that it was written by an artist. They often see more and more clearly than those of us who are print-oriented. They’re brave. And so are you to give space to this point of view.

To the editor: Grayson Harper’s commentary, “Drones Don’t Kill Kids,” just illustrates how far our government will go to lord it over other nations. Those people’s lives matter not. Obama’s willingness to claim the power to kill anyone, including American citizens on his simple say-so, while wiping tears away for the Sandy Hook school kids, speaks volumes about his character.

Harper’s article is worthy of a read by our president. This is exactly why we need to be armed as citizens in this nation — to protect us not only from terrorists but our government, which might even use its drones against us.

To the editor: The Weekly’s latest payday lending story (“Financial/Health,” Jan. 30, 2013) illustrates the avaricious nature of such businesses. You must have collateral or a good credit rating to borrow from banks. Their interest rates are moderate compared to the usurious rates charged by payday lenders. The business of these lenders is to target the lower-earning population and set up shop in their neighborhoods. That affects the local economy because no other businesses are going to be attracted to areas that are saturated with payday lenders.

What mentality ever allowed these institutions to be established to operate under the guise of helping folks with financial problems? They just play havoc with people’s lives and welfare.

To the editor: The Metropolis article by Eric Griffey, “In the Right Direction” (Feb. 13, 2013), is a success story for former incarcerated individuals wishing to better themselves by enrolling in the Next Step program.

Director Debby Kratky and Texas Workforce Solutions deserve accolades for this innovative program that not only gets former inmates jobs but pays their salary, insurance, and other benefits for 60 days with a 60-day follow-up that pays half the freight as they make the transition from being subsidized.

With the recidivism rate of only 7 percent for enrolled ex-cons, compared to 44 percent in other programs, the solution is clear: Create more such agencies and give the ultimate hope to those who want to help themselves back into a life of stable employment and a new road taken — out and away from crime. 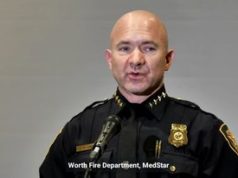