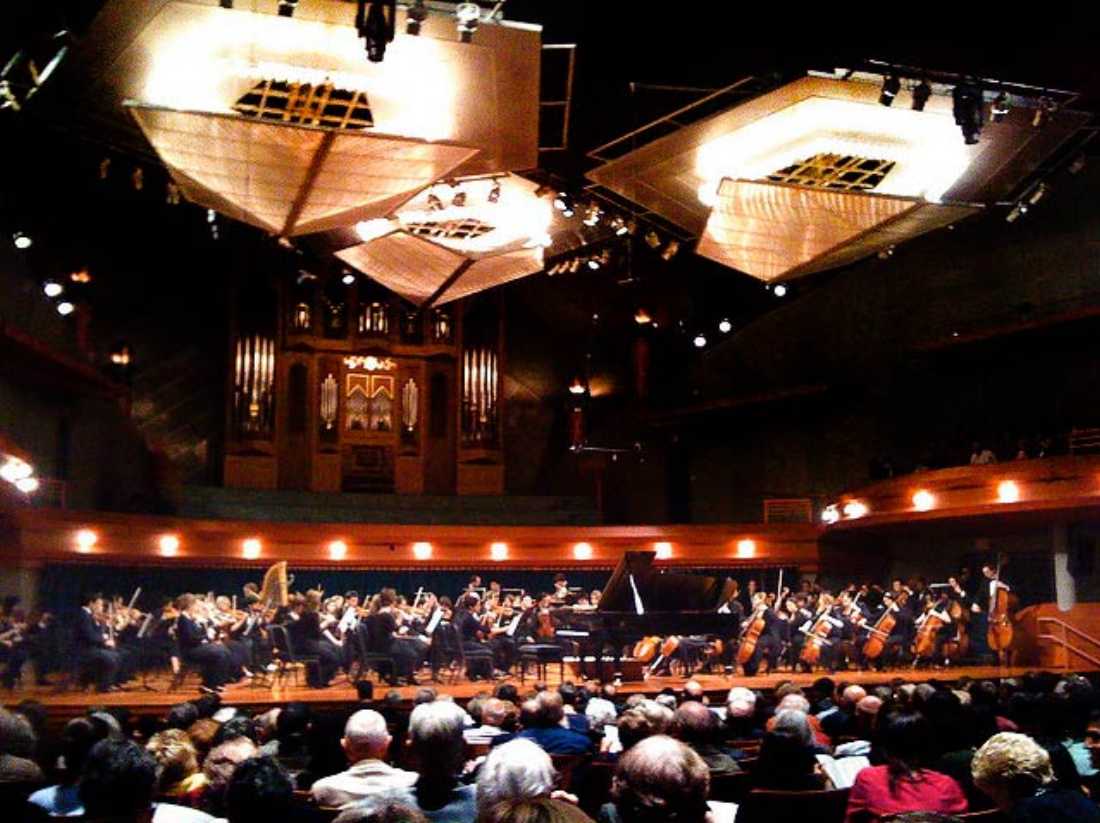 UNT Symphony Orchestra plays this evening with the school’s Concerto Competition winners. Seven pieces of music will be heard in all, including Sibelius’ Violin Concerto and Ravel’s glorious Piano Concerto for the Left Hand. In addition, student composer Daniel Routh’s Rumors from an Aeolian Harp (whose title refers to an instrument that’s played by the wind) will receive its world premiere. The concert is at 8pm at Winspear Hall, 2100 I-35 Frontage Rd, Denton. Tickets are $8-10. Call 940-369-7689.

Fans of TV’s The Walking Dead will want to get the inside scoop on their favorite show at PaleyFest. The creators and principal cast members of AMC’s acclaimed zombie drama appeared at the William S. Paley Television Festival in Beverly Hills for a Q&A session last week, and tonight that appearance will be broadcast at your local movie theater at 8pm. Check Calendar for locations. Tickets are $15. Call 818-761-6100.

Formerly the Dolly Johnson Antique & Art Show, the rechristened Fort Worth Show of Antiques & Art enjoys its 50th annual running this weekend at Will Rogers Memorial Center. Needless to say, things that were new when the first show was put on may well be on display this year. The show runs Fri-Sat at 3401 W Lancaster Av, FW. Admission is $7. Call 817-291-3952.

There’s something to be said for an event with history (see Friday blurb), but there’s also something to be said for an event that’s newly minted. That would be the Magnolia Make Believe Youth Art Festival. This inaugural event takes up six blocks and is geared especially toward getting kids interested in art. A new glass mosaic mural will be unveiled on The Chat Room Pub’s north wall. The festival runs 5-10pm on Magnolia Av between 8th Av & Henderson St, FW. Admission is free.

The 2005 film Walk the Line did much to illustrate how the roots of rock ’n’ roll and country music were intertwined. The musical revue Million Dollar Quartet follows in that film’s footsteps, imagining a real-life 1958 jam session at Sun Records with Elvis Presley, Johnny Cash, Jerry Lee Lewis, and Carl Perkins. You can catch all those legends’ hits thru Sun at Bass Performance Hall, 555 Commerce St, FW. Tickets are $49.50-99. Call 817-212-4280.

Stage West provides one more option for you on a Monday night with Storyteller Theatre, a monthly series that started only recently. This month’s tellers are Fort Worth native Debbie Dashner, puppeteer and musician Kim Lehman, and Artes de la Rosa stalwart Rob Bosquez Jr. The program is at 6pm at Stage West, 821 W Vickery Av, FW. Admission is $5-10. Call 817-784-9378.

A transcription is a piece of music originally written for one instrument or orchestra that’s then reworked to be played by a different instrument. 2009 Van Cliburn silver medalist Yeol-eum Son returns to Fort Worth this evening to play a concert filled with these items, including Liszt’s piano reduction of Carl Maria von Weber’s overture to his opera Der Freischütz and Rachmaninov’s reworking of the scherzo from Mendelssohn’s ballet A Midsummer Night’s Dream. The concert is at 8pm at Bass Performance Hall, 555 Commerce St, FW. Tickets are $10-60. Call 817-212-4280.