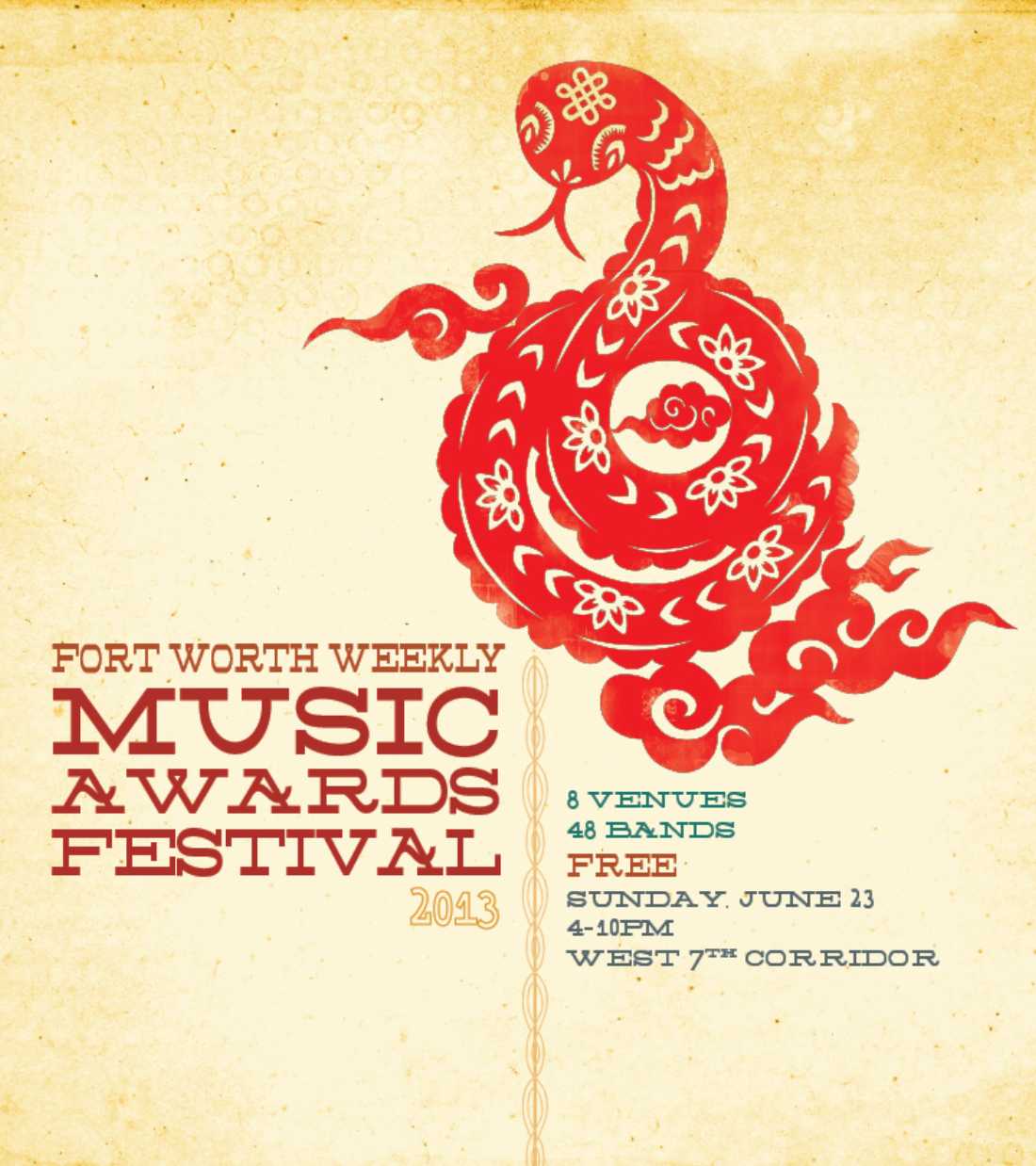 So the ballot for our 16th Annual Fort Worth Weekly Music Awards is out . Lotsa bands on there, right? Too many? Nah. In compiling the ballot with my nominating committee –– local club owners, booking agents, Hall of Famers, and North Texas writers, who all write in their favorites on blank ballots –– I just didn’t feel like eliminating bands with low vote totals. Why not let the public be the ultimate deciding factor, right? I mean, to an extent. (There’s a good reason elections are never write-ins only. It’s called “chaos.”) Maybe next year, we’ll get all Minimalist and put a five-band cap on each category, but until then, we’ve got a ton of votes and a daylong 48-band festival to enjoy.

As always, admission to the festival is free, so call your boss now and tell him or her you’re gonna be late on Monday, June 24, and if you need to lock in a sitter that Sunday, well, whaddaya waitin’ for?!

If I were a Near Southside boss, I wouldn’t worry.

When word came down a few months ago that the Fort Worth Music Festival was going to take place on Panther Island Pavilion during ArtsGoggle, a biannual block party in the heart of the Near Southside, a great many teeth were gnashed and breasts beaten. But since FMFW is two days (Friday, Saturday) and ArtsGoggle just one (Saturday) and since the programming is pretty different, attendance might suffer only a little at both.

Friday night ain’t no thang. It belongs to FWMF and Drive By Truckers, Old 97’s, Quaker City Night Hawks, The Longshots, The Will Callers, and a couple other acts of gritty goodness.

Saturday won’t be a problem either. Well, at least if you’re a local-music aficionado. FWMF’s Saturday evening stages belong to national acts, of which I know only three (The Walkmen, Delta Spirit, and The Sheepdogs), leaving the afternoon to the three local bands booked: The Hanna Barbarians, The Unlikely Candidates, and The Orbans, who will play at the pavilion until 4 p.m. And what time does ArtsGoggle start? Why, 4 p.m.!

And ArtsGoggle, as you can easily imagine, is all about the locals, including Whiskey Folk Ramblers, Siberian Traps, Foxtrot Uniform, Clint Niosi & The Unaccountable, Madras, Year of the Bear, We the Sea Lions, Cleanup, and The Will Callers.

The Will Callers again? Yep. In a diabolical logistical coup, they’re playing both festivals.