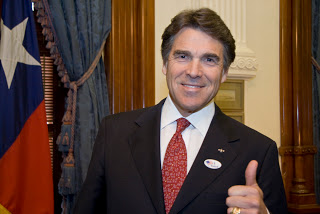 I don’t know about you, but I’m starting to worry about Rick Perry. For a long time, his states’ rights/secessionist shtick looked loony, but you could explain it as playing to the rabid Texas Republican base. His hillbilly posturing made political sense, even if it was embarrassing.

Lately, though, certain decisions by Perry and his heir apparent Greg Abbott look disconnected from reality in a clinical, let’s-adjust-the-dosage way. They’re still playing to Republican primary voters, but in a toothless, unhinged manner. Reacting against nationwide advances in gay rights and health insurance coverage, Perry and Abbott look like hostile patriarchs of some paranoid East Texas meth clan. Desperate to protect their brood against the outside world, they’re posting signs all over the property that warn trespassers they’ll be shot on sight. This would be kinda funny if it weren’t burning taxpayer money and reinforcing (again) the state’s reputation as a redneck backwater.

In April, Abbott issued a warning (with Perry’s support) on state office letterhead to Texas cities and municipalities that might be considering domestic partnership benefits for gay and lesbian couples. Same-sex marriages, civil unions, and similar arrangements are against the state constitution, he reminded anyone inclined to treat all Texas residents fairly. However, the threat was a non-binding legal opinion that had no power of enforcement behind it. And, most observers agree, the U.S. Supreme Court will eventually force Texas to administer same-sex nuptials, anyway. But Abbott’s scarecrow warning kept those uppity queers at bay a little longer. I guess.

This week, Perry ordered the Texas Department of Insurance to overlay a whole lot of cumbersome, possibly illegal bureaucracy on federal contract workers who help uninsured Texans obtain health coverage through the Affordable Care Act. Some of the new regulations proposed by Perry, a notorious regulation foe, are purely symbolic obstacles. Others would, if implemented, be overturned in court. And regardless, Obamacare is the established law of the land. But in the meantime, he’s got those D.C. intruders running skeered, don’t he? Damn straight he does!

Believe it or not, I’m kind of eager for Perry to launch his next presidential bid. That way, at least, he’ll become America’s problem and not just ours.