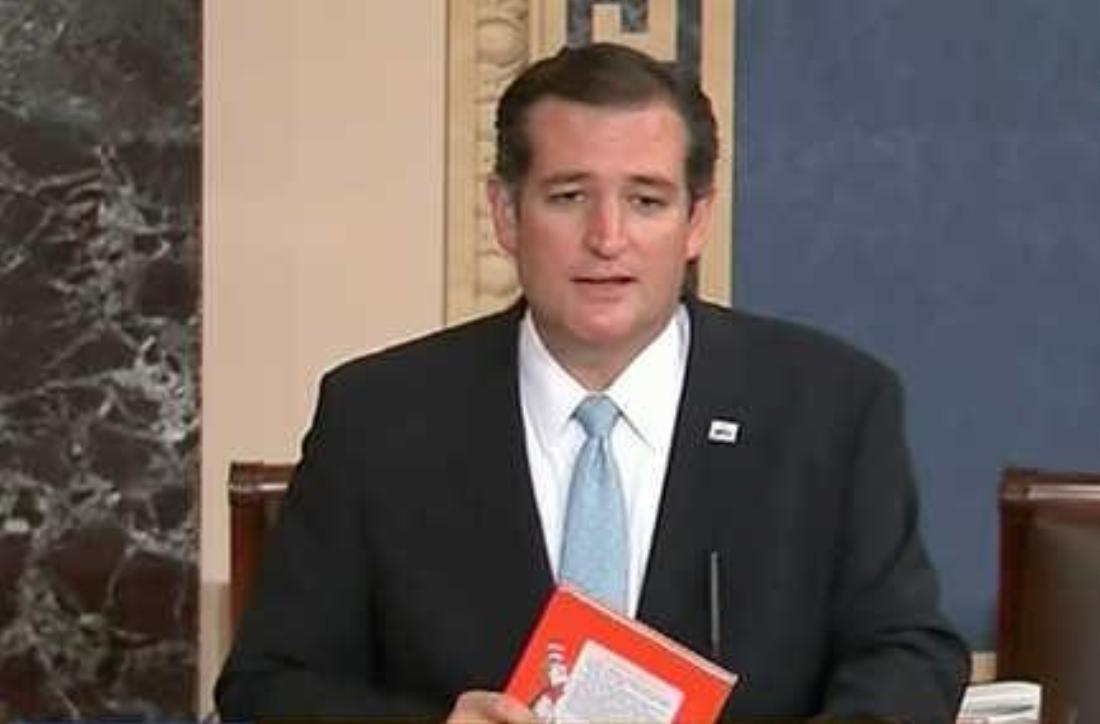 Bless his heart, Ted Cruz didn’t get the memo. Again.

That would be the memo — the extensive reporting, in fact — shooting holes in industry predictions that if the Keystone Pipeline is allowed to be built from Alberta, Canada, down through the Midwest and over the Ogallala Aquifer, through Oklahoma, and on to Texas Gulf Coast refineries, we’ll all get lots of jobs. Sure, and gas will cost 75 cents a gallon, the environment will be saved, and no, of course, the NSA is not reading your e-mail. The truth: Creation of lots of jobs by the Keystone is as much a fantasy as the rest of that stuff. Plus, most of the toxic goop has already been pre-sold to China and other foreign countries, and when tar sands bitumen pipelines break — which they do at alarmingly high rates — you almost can’t clean up the mess because the stuff just sinks into the ground. What else? Oh yes: Having the stuff go through the international free-trade port at Port Arthur means the U.S. government won’t collect taxes on it either.

So: few jobs, no additional U.S. fuel, no U.S. revenue, and lots of future environmental disasters.

Nonetheless, there was our junior U.S. senator from Texas speaking at a Sept. 25 press conference supporting the building of the Keystone. “This is about jobs and yet … tens of thousands of people have been denied jobs. The president should approve this and allow those jobs to be created,” he said.

Cruz went on to discuss how the Keystone pipeline would make this country energy-independent and produce billions in additional tax dollars. He also said that rejecting the pipeline would mean the tar sands bitumen would be shipped to China for refining there and that China would refine it in a dirty way, ruining the environment. No kidding. He really said all that.

Last week, there was a lot of news suggesting a much different perspective on the Keystone. Carol Browner, former White House energy and climate czar, predicted that President Barack Obama will ultimately say no to the building of the line. She was speaking at the Center for American Progress, a liberal think tank. At the same meeting, former Vice President Al Gore called the Keystone XL pipeline — the southern section currently nearing completion in Oklahoma and Texas — “an atrocity” and said approving the northern section of the line would be “a threat to our future.”

Meanwhile, Environment Canada, a Canadian government agency, announced that that country is nowhere near where it should be to meet its 2020 obligations, set by the Copenhagen Agreement, to reduce greenhouse gas emissions. At least part of the reason for that is the continuing mining of Alberta’s vast tar sands fields.

Here’s hoping Obama will take a long look and ultimately say no to the pipeline project. Static started to also voice the hope that Cruz would get some facts straight and stop spouting nonsense that was debunked years ago.

Ah. Perhaps Cruz did get the memo.