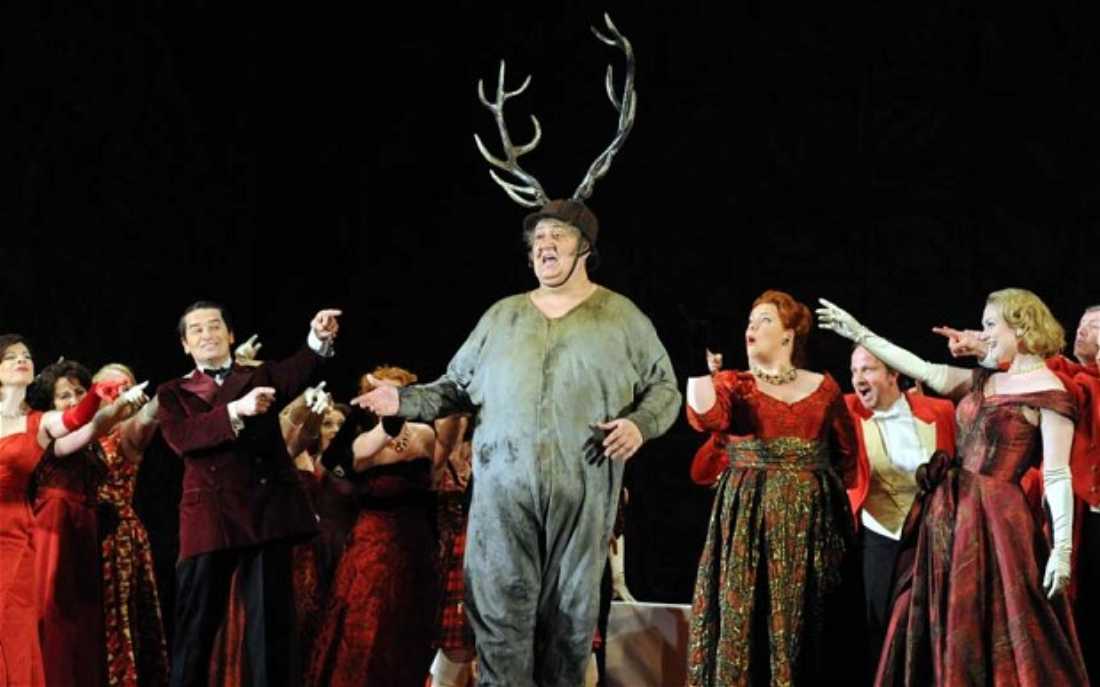 A bevy of health problems has kept James Levine off the podium in recent years, a bitter blow to a man who was once one of the world’s most tireless opera conductors. However, you can see his return to New York’s Metropolitan Opera (the scene of so many of his previous triumphs) when Fathom Events presents an encore broadcast of Falstaff, Verdi’s ebullient comic opera. The screening is at 6:30pm at various theaters; check Calendar for locations. Tickets are $16-24. Call 818-761-6100.

State football titles in high-school are on the line at the UIL Football Championships taking place this weekend at AT&T Stadium. A single ticket will get you into all of the games (three or four, depending on which day you go), and Denton Guyer and Aledo will be among the schools vying for the right to be called champion. The games are Thu-Sat at 1 Legends Way, Arlington. Tickets are $15. Call 800-745-3000.

Instead of sweets for Christmas, how about the sweet science? A full card of boxing matches is on offer at the Bud Light Pro Fight 6 Christmas Bash, including Irving’s Hector “El Diamante” Vazquez defending his super welterweight title and other bouts involving Fort Worth’s Joey “Panama Flash” Dunmoodie and Arlington’s Jonathan Ramirez. The action starts at 7:30pm at Will Rogers Memorial Center, 3401 W Lancaster Av, FW. Tickets are $30-75. Call 817-335-9000.

Arts Fifth Avenue’s month of holiday shows winds up with a bit of burlesque this evening. We assume that Un Noel Coquin … A Naughty Christmas will spotlight something more innovative than scantily clad women wearing Santa hats. The show starts at 8pm at 1628 5th Av, FW. Tickets are $15. Call 817-923-9500.

This is the last weekend to catch Runway Theatre’s show about the holidays in a small Texas town. No, it’s not A Tuna Christmas but rather Christmas Belles, Jessie Jones, Nicholas Hope, and Jamie Wooten’s comedy about three sisters coping with various forms of drama at year’s end. The show runs thru Sun at 215 N Dooley St, Grapevine. Tickets are $12-15. Call 817-488-4842.

Take home cookies and loaves ready to be baked for Christmas when Artisan Bakery holds its seminar on baking for the holidays. You’ll be entertained by carols and drink apple cider during the event, and your family will thank you for the Yuletide sweets that you wind up making. The seminar is at 1pm at 4900 White Settlement Rd, FW. Registration is $75. Call 817-821-3124.

What better way to spend Christmas Eve than by going ice skating? This holiday season, Panther Island has set up its first-ever outdoor skating rink, so bring your skates and enjoy your time on the ice. The rink is at Coyote Drive-In, so you can take in a movie when you’re done skating. The ice is open thru Jan 5 at 223 NE 4th St, FW. Admission is $8-10. Call 817-698-0700.