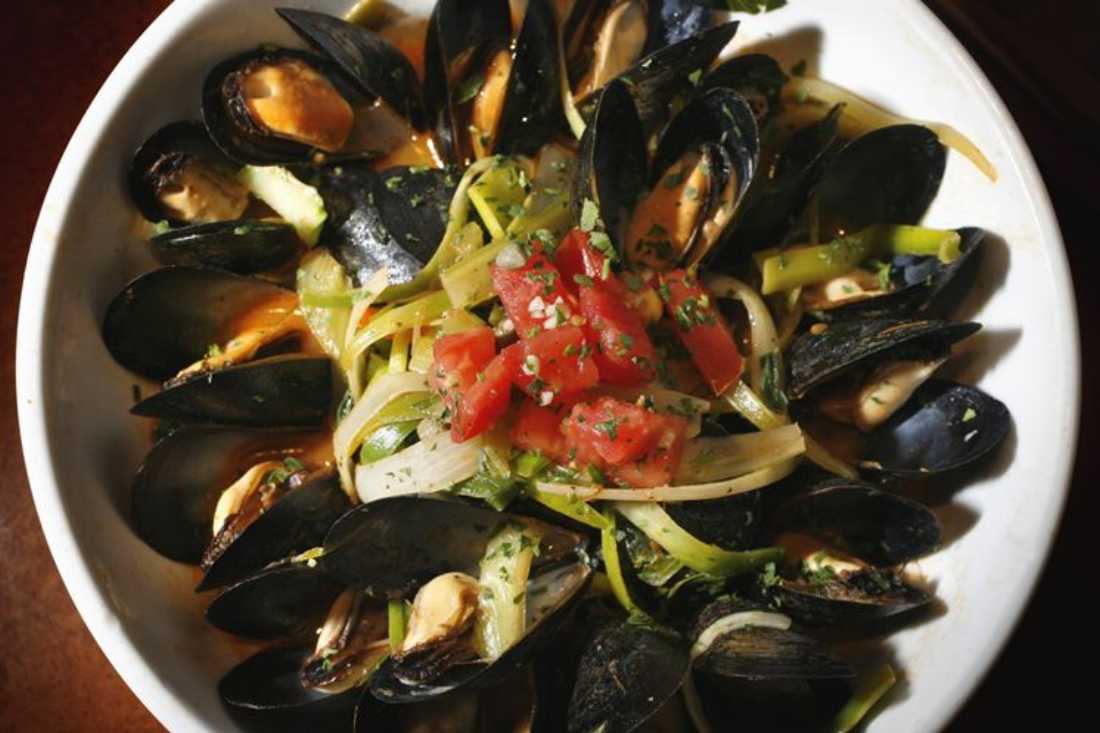 Warning: Reading this column might trigger serious envy in those with shellfish allergies. Have an EpiPen handy.

Chow, Baby is like the William S. Burroughs of mollusks. I’m an insatiable junkie with a penchant for depravity on the half-shell. I guess I’m not the only one who has gone mollusk mad. This city has seriously stepped up its collective oyster, clam, and mussels game lately. There are more options than ever. So, with my dainty little fork in hand, I recently indulged in a serious shellfish bender.

I’m especially excited that a lot of the new restaurants that have opened in the Fort over the past year or so feature shellfish on their menus. Last week (“Flight Plans,” Jan. 8), I wrote about Bird Café (155 E. 4th St.), which is one of my favorite new places in town thanks in no small part to the abundance of oysters and mussels on offer. Though I’ve yet to review them, both Clay Pigeon Food and Drink (2731 White Settlement Rd.) and American Food and Beverage or AF+B (2869 Crockett St.) offer some shelly goodness to diners.

Another new eatery, Sera Dining & Wine (2418 Forest Park Blvd.), filling the space previously occupied by Sapristi!, has some pretty big shoes to fill –– or should I say shells? The place does offer an excellent littleneck clam dish on its “Little Plates” menu but seems to deliberately downplay the mollusks that made Sapristi! such a treat — perhaps in an attempt to set itself apart.

On the first night of my bender, my guest and I went to check out Sera and sample some of its small plates. It’s run by two Sapristi! ex-pats, though that’s about all the place’s menu has in common with its predecessor. The chef’s offerings are distinctly Spanish, as is the only shellfish selection. The chorizo-spiked littleneck clams ($13) were plump and complemented perfectly by the salty sausage that sits artfully atop each clam. Other non-shellfish highlights of the menu were the roasted cauliflower and leeks ($9) and the rabbit loin ($10), served with fire-roasted turnips and three pinky-out-sounding ingredients: Nueske’s bacon (a brand of applewood smoked bacon from Wisconsin), hen of the woods mushrooms (a.k.a. maitake), and quince gastrique (a syrupy reduction of vinegar and sugar with fruit preserve).

With a taste of shellfish on my brain, I wanted more. The next evening my binge partner and I stopped by the bar at Eddie V’s Prime Seafood for some happy-hour grub. Conversation was out of the question thanks to the loud three-piece band playing the tiny room. But I wasn’t there to talk. We started with a dozen Louisiana oysters ($1 each) that tasted like kisses from the sea. We should have stopped with that, because the flavorless chilled gulf shrimp ($12) almost killed the buzz.

The best thing about a shellfish binge is that, unlike with alcohol, I didn’t have to send any apology texts the following morning. Who know, maybe this binge will turn into a lifestyle. “Hi, my name is Chow, Baby, and I’m a mollusk addict.”