Gosh, Rick, we thought you liked us. But you come to North Texas, hang out with our next door neighbor for two days of music and fun, and don’t even stop by for a quick hello? Really?

It seems like only yesterday that you were hanging out in Fort Worth, gigging at Billy Bob’s Texas, and dropping by Fort Worth Weekly to give an interview.

Yes, you’re a busy guy. You’re touring, and you’ve sold 25 million albums, won a Grammy, acted in TV and movies, written a book, and gotten a star on the Hollywood Walk of Fame. So we’ll cut you some slack.

Locals who want to see Springfield in an intimate show with stripped down songs, new material, stories, and a Q&A session with the audience will have to drive east to the Wyly Theatre, 2400 Flora St., in Dallas on Thursday and Friday night.

Which reminds me, I did a Q&A session with Springfield a few years ago when he was promoting his autobiography. (My questions are in italics):

Why did you choose to write Late, Late At Night in the present tense, which is a little unusual for a biography?

“Yeah, I had to fight for that. I liked it because it made it immediate. It made the moments more vivid to me. It’s like I was going through them at that time. I wrote the book as a chronicle of it actually happening rather than as me remembering it.”

You study martial arts, have you ever had to use that in public? When’s the last time you had to chop somebody?

“Ummm, I’ve used a couple of judo throws but that’s all.”

“No, no, we get a bit rowdy on the road. In the 1970s, the band members, there was one in particular, we always used to fight.”

Have you ever had to use martial arts with the public when somebody messes with you?

“No, not really. It gives you kind of a quiet confidence that people read.”

What makes you go aaahhhhh (I throw up my hands in the air and mimic someone who I imagine is very, very happy)?

(Realizing my acting skills stink, I go back to using actual words.) No, what makes you get fired up, excited, crazy, happy?

“Playing live is the big draw for that. It’s a different part of me that comes out when we play live. That’s very exciting.”

You meet people all the time who are excited to see you, but who makes you feel that way?

“I was pretty excited to meet Paul McCartney. I wasn’t really an Elvis fan when I met Elvis (in the mid-1970s) but in retrospect that was cool.”

A reader, R.B. Pinokla, asked a rather odd question, but maybe you can make sense of it.  I’ll read it verbatim: “I would like to know if Rick has made any connection recently with a fan that has freaked him out, basically if he has connected with a fan, not physically or sexually but mentally…per se. Maybe someone that he sees at several of his concerts and if it has affected him in some way? How has it affected him?

This is obviously somebody that…, I begin, and he finishes my sentence.

“I connect with everybody,” he says. “I have met some fans that have become friends. But [at concerts] you’re throwing a big party and it’s not the time for deep spiritual contact. When you’re playing live it’s all pedal to the metal.”

The Vietnam section of your book was really intense (Springfield and his Australian band toured Army bases in 1968 near the front lines during the war in Vietnam). I didn’t realize those kind of concerts were so common over there.

Have you ever thought about doing something focused on that, like a screenplay? In Apocalypse Now there’s a great scene involving a performance for the troops but it’s just a snippet.

“I have actually thought about that. It was pretty crazy over there. Some American bands were doing it too. There had been an American band that had been killed a couple of months before we got there. They were coming back from a place called Long Bihn outside Saigon. We did a show there too. They had just missed the convoy so they jumped in a jeep to catch up with the convoy and got killed by VC. It was pretty harrowing stuff.”

You’ve been a road dog for years — anything memorable ever happen to you in Fort Worth?

“I don’t always remember particular places. I’ve played so many places. You remember places like Carnegie Hall, those kinds of things.”

“Billy Bob’s is great. Is that here?”

Yeah, it’s down in the Stockyards. (Springfield played there last year).

“Oh, I love that place. I have great memories of that place. I didn’t realize it was in Fort Worth. It’s a lot of fun to play there. The crowd is crazy.”

Anything else on your mind you want to talk about?

“No, but that was interesting talking about other stuff; I appreciate that.”

Why didn’t you kick Luke’s ass and steal Laura (I’m referring to the Luke-and-Laura coupling on General Hospital when Springfield was portraying Dr. Noah Drake in the 1980s.)

“They didn’t write it that way,” he said.

Laura was too hot for Luke. (I allow room for Springfield to share his innermost thoughts on this important matter. He just laughs.)

After all these years, Springfield is still a cool dude and amazingly preserved for 61.

He’s being nice. In reality, I look 15 years older. 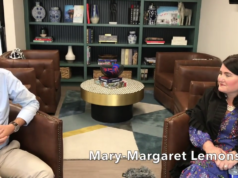