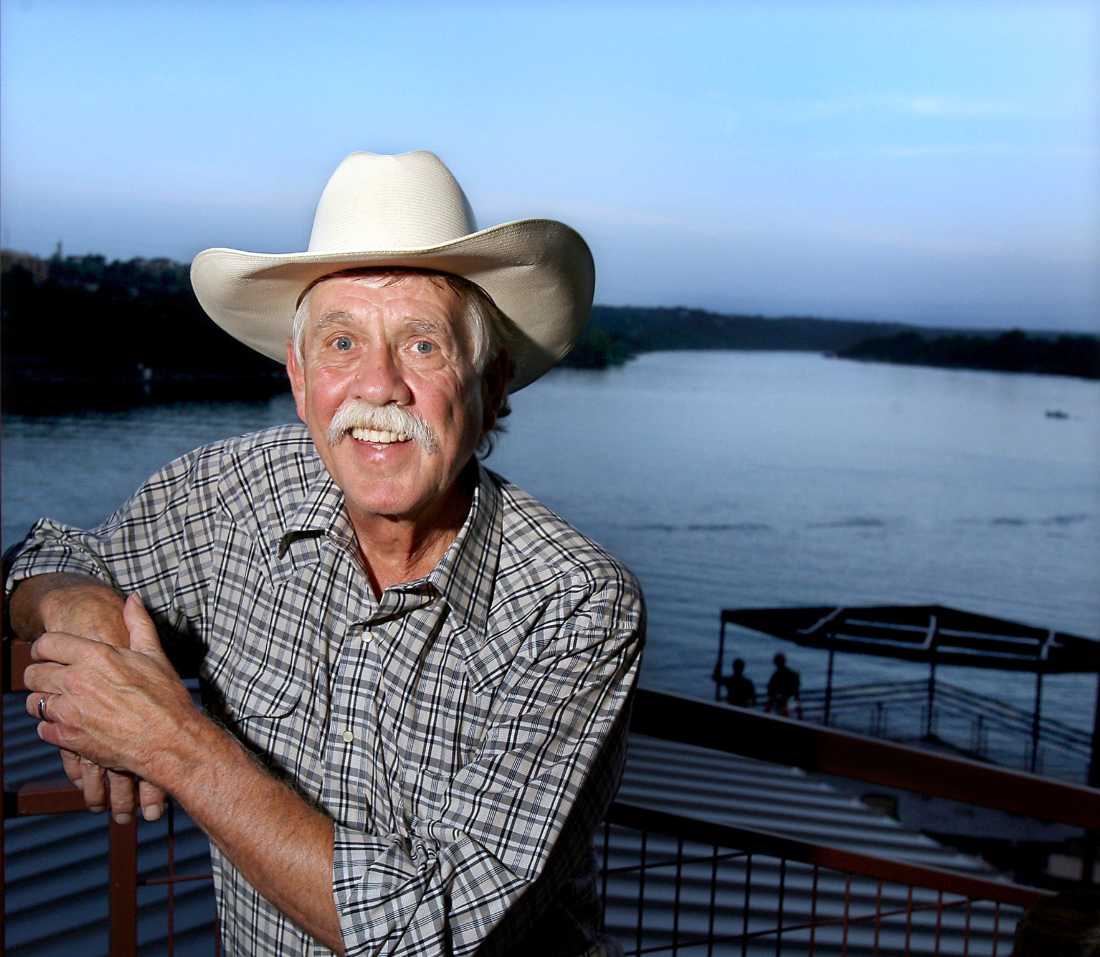 This week’s death-filled Static column is kind of a downer, unless your name is Grim Reaper, in which case you’ll be thrilled! The family of Texas Music singer-songwriter Steven Fromholz is inviting the public to a memorial service on Friday. Fromholz died in a hunting accident this week. He was 68.

Don’t feel guilty if you’re thinking, “Hmm, an experienced outdoorsman and writer who ‘accidentally’ shot himself with his gun? Yeah, right. Hello, Hemingway.” After all, Fromholz had plenty to be pissed about. He made a living for 40 years as a songwriter and performer and then lost it all in one night 10 years ago after suffering a stroke. He tried to play gigs for a few years afterward, but he had a helluva time coordinating his hands, mouth, and mind. He wasn’t the same. His shows were painful to watch.

But Fromholz wasn’t suicidal. He lived on a ranch with girlfriend Susan Bucholz in the beautiful Hill Country and spent much of his time piddling outdoors, which is what he loved. In a fluke accident, he was carrying a Rossi .44 magnum lever-action rifle that slid out of the bottom of its unzipped case. The rifle butt hit the ground with such force that it caused the bullet to discharge, tearing a hole through the carrying case. The bullet struck Fromholz in the left wrist, passed through the other side, hit him near the right eye socket, and entered his skull. He died in the ambulance en route to the hospital. The sheriff’s investigator called the shooting a tragic accident.

The memorial service on Friday is at 2 p.m. at Fort McKavett, a Texas historic site near the San Saba River. A reception will follow.

“It will be a chance for everybody to chat,” said Felicity Fromholz, daughter of the singer. “I think there will be quite a lot of people there.”

In addition to family, friends, and fans, Felicity said some of Fromholz’ musical cohorts are expected to attend. Another memorial service, she said, will be held near Austin in a week or so for people who aren’t able to attend on Friday.

In other death news, Static mourns the loss of former Fort Worth Star-Telegram outdoors writer Bob Hood, who died of cancer earlier this month. He was 69. Anyone who grew up in Tarrant County and loved the outdoors surely read his column about fishing and hunting. Hood worked at the paper for more than 50 years before becoming an early victim of the paper’s financial woes and being pushed into retirement in 2008. He continued to write occasional columns for the paper up until his death. He’d go out and find great places to hunt and fish and then tell readers about them in entertaining fashion.

“He never cared what he made in salary,” said longtime friend Daryl Coffey, who gave the eulogy at Hood’s funeral. “His wealth was in his stories, and he gave them all to us.”

One story Hood never wrote about involved a hunting trip with Coffey. The two were invited to hunt on a ranch with a ranch foreman serving as their guide and using a pointer dog. The foreman made the mistake of going on a disparaging rant about Mexican immigrants. Hood cut the hunt short, saying that he and Coffey were going fishing instead, somewhere other than the ranch. But just to make sure the foreman understood their sudden change in plans, Hood said, “I’m surprised you can hunt with a dog that has that many brown spots on it.”