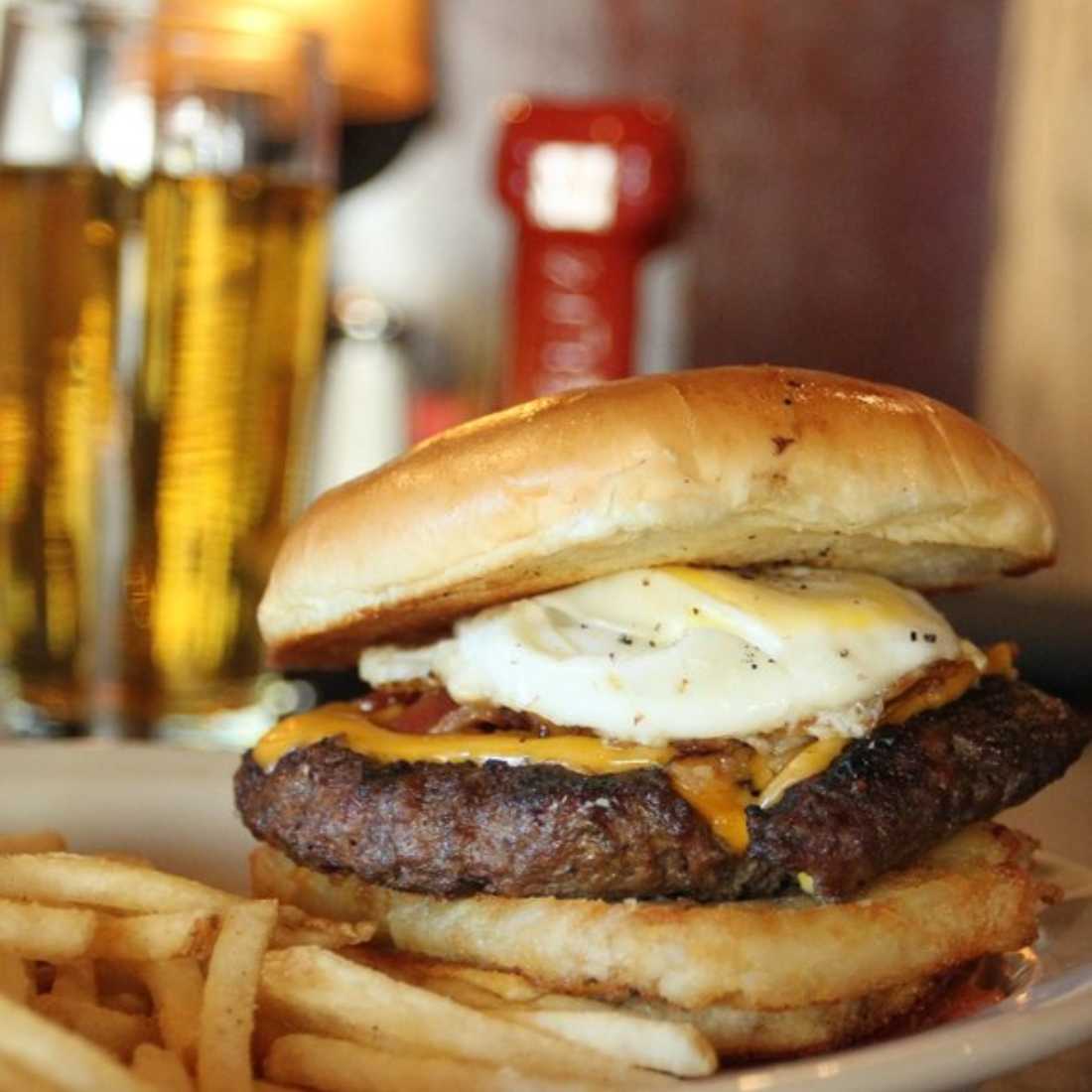 There must be some invisible anti-burger barrier on North Main Street from Northside Drive to East Exchange Avenue. There are about a dozen or so restaurants in that stretch, but aside from Byblos Mediterranean Lebanese Restaurant & Hookah Lounge, they’re all Tex-Mex or Mex-Mex places. Billy Miner’s, which was a downtown touchstone for 27 years, re-opened right in the midst of the burger force field several years back. Seeing their sign in the Stockyards was always a little discomfitting, like seeing your parents at a bar, but the owners fought the burger fight for a while. Sadly, Billy Miner’s closed its Stockyards location a few months ago.

Maybe Chuyito’s Texican Burger & Cantina (1521 N. Main St.) will do better in flying the burger flag. The offshoot of Chuy’s Mexican Restaurant (the local one, not the giant Austin-based chain of the same name) has taken over the Billy Miner’s Stockyards space. The concept is an amalgam of Tex-Mex and classic hamburger joint — perhaps the Tex-Mex side of the menu will neutralize the curse. That, and the food is very good. The burger patties are half a pound, with options of classic beef, “ranchera” with chorizo and beef, and the pico de gallo version with beef and peppers. Though burgers are its meat and cheese, so to speak, Chuyito’s casts a wide net, offering authentic Mex-Mex tacos as well as hot dogs, chicken wings, and corn dogs.

The environs are cozy, with red brick walls and only about 12 tables, some of which are bar tables with tall  stools. The sparse décor looks like a work in progress, so hopefully it’ll soon be more than a couple of neon beer signs and one television. On a recent afternoon, a fairly steady flow of customers found their way into the three-week-old café.

It’s a counter service place, and the kitchen calls your number when your burger is ready. There’s a condiment bar where you add your own lettuce, onions, and tomatoes. Though slim, those offerings were enough for me to embarrass myself. My burger was hemorrhaging onions and lettuce by the time I was done.

My guest and I started out with the jalapeño fries — battered peppers tossed in flour, deep fried, and accompanied by what the menu called a “boom-boom” sauce, which sounds like it was named by Chuck Woolery and tasted like chile powder and cream. The little sticks of fire boasted a nice salt-heat flavor, mellowed just enough by the boom-boom.

The “El Chingon” comes with the chorizo/beef patty, boom-boom sauce, and a fried egg on a deliciously fresh potato bun. It’s a classic temptation for the health-conscious foodie: so delicious it probably brings on instant heart disease. Of course, the devil on my shoulder always shouts down the prudish, slim-waisted angel. Predictably, I could feel my blood slowing to a concrete-sludge speed through my arteries.

Though the “La Mexicana” was a little less messy, it was every bit as delicious. The pico de gallo patty with chipotle mayonnaise, Monterrey cheese, and guacamole was everything you want in a Texican burger — juicy, salty, and creamy, with a bit of spice.

I think Chuyito’s is just what that little stretch needs: a gateway burger experience for the Tex-Mex crowd. I’m not suggesting Kincaid’s open up down there yet, but this is a start.