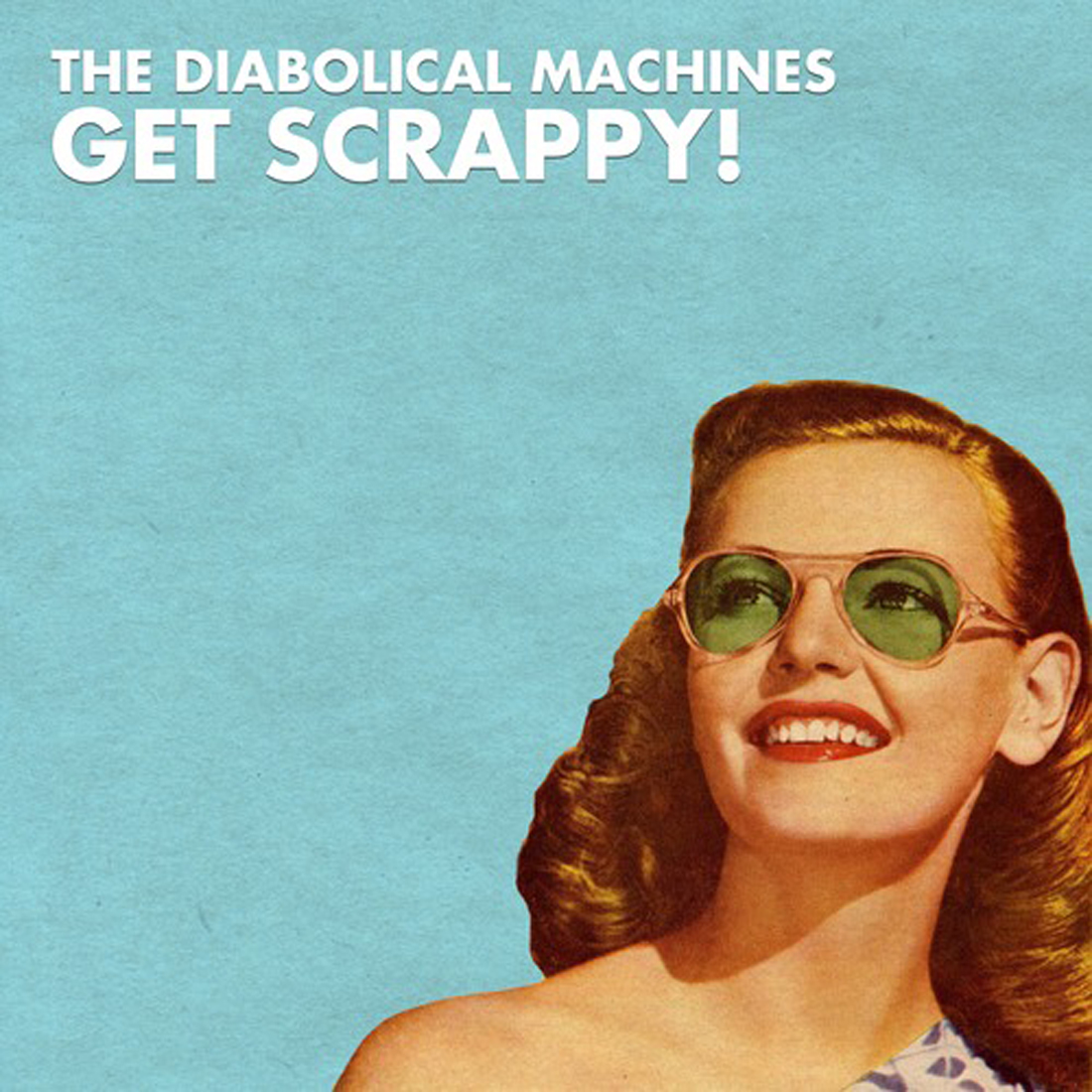 Now’s as good a time as any to take stock of the quality releases to come from Fort Worth (sometimes with Dallas’ or Denton’s help) over the past couple of weeks alone: The Orbans’ Vedere, The Fibs’ Hex Hex Hex, a recording of Ronald Shannon Jackson’s last show (Live at the Kessler Theater), The Me-Thinks’ Three Chili Dog Night, JJ & The Rogues’ Sweet Talker, and the list goes on. The party never stops here, and if you live in North Texas and still only listen to mainstream radio, time to get yo head checked, sucka. –– Anthony Mariani

The Diabolical Machines’ Get Scrappy!

The title of the new EP from The Diabolical Machines –– Get Scrappy! –– implies that the Fort Worth “boutique rock” quartet is serving up more of its unique brand of groovy, hook-laden retro pop. (The word “scrappy” is so twee, as the hip kids say.) And, indeed, this collection of five tunes produced by keyboardist-vocalist Kevin Buchanan is full of spirited melodies, clever lyrical wordplay, and, especially, the punk-princess vocals of frontwoman (and Kevin’s wife) Steph Buchanan, which sound more than ever like a fusion of Patti Smith and Belinda Carlisle. But the instrumental sound –– courtesy of the Buchanans, bassist Jonathan Holder, and drummer Aubrey Savage –– veers toward a faster, rougher garage style that pop-rock bands tend to evolve from rather than to. The Machines still sound new-but-retro but in an amped-up, CBGB kind of way.

Steph’s voice no longer accompanies her guitar and Kevin’s precocious Farfisa organ. It competes with them for primacy in a mix in which her rhythmic fretwork is thunderous and distorted. “Slice & Dice” is about a verbally abusive lover who still hasn’t lost his or her appeal: “It’s not to say I don’t succumb / What can I say? / I guess I’m dumb.” The banked-up guitars and organ are slower and more deliberate on “Struck,” but Kevin’s bobbing keyboard notes make the tune maddeningly memorable and worthy of its five minute-plus length. “Artoria,” with its B-52s-style male-female chorus and radio-ready guitar solos, registers a bit more like the Machines’ original dance-happy sound with an extra bit of grunge. There are enough similar surprising sonic twists on Get Scrappy! to make you wonder where the Buchanans and company’s next release will take them.

Snotty without being bratty, tight while still sounding DIY, the self-titled debut by Forth Worth/Denton pop-punk three-piece The Half Truths is also another local throwback to the SoCal of the mid-’90s, when Orange County seemingly disgorged these kinds of bands with the precision of a Twinkie factory. What’s the deal with that? Is North Texas turning into a Warped Tour farm league? If that’s the case, think of The Half Truths as a Triple-A league version of Guttermouth. Or at least the RX Bandits. Across 11 tracks full of shout-along choruses and breakneck palm mutes and backbeats, The Half Truths blast you with hooky skate punk that never tops the 3-minute mark. Songs like “Everything’s Grey” and “Beat Up Book Club” waste no time in getting to the point, giving the record the kind of urgency you reserve for drinking a shot before going back to work –– or slamming a beer before the cops come. –– Steve Steward

Fort Worth rappers Dru B Shinin’ and Young Zeus are definitely prolific. In less than a year, their collaboration has produced one album done together and two individually, including this one, 20, all under the name Interstate Boyz. In that same amount of time, most underground rappers would have written two or three songs. In other words, these two cats have got something to say.

Instead of relying on gangsta rap clichés, Zeus’ lyrics reward introspection and a quick wit to interpret the often Byzantine references. Other than on a Rivercrest Yacht Club track, where else are you going to hear Henry David Thoreau’s name dropped?

Though Zeus is the main man here, there’s a good dose of Dru and also of some other guests, including Killa MC, Kneya Rome, and A-Roy.

The opening track, “Intro (It’s My Time),” pulses with vengeful pithiness and an undercurrent of lush, bright harmonies, driven by a barrage of high-pitched kick beats and soaring guitar lines. “Intro” nicely sets the tone for the rest of 20: Hey, mainstream rappers. Time for you to step aside for some inventive, non-dial-a-rhyme music.

Taking a detour from glorification of pimping and gun violence sure as hell doesn’t mean rapping about unicorns and rainbows, though. Zeus is primarily concerned with social ills: drug addiction, poverty, and violence. And though he raps authoritatively in his deep, dark voice, he’s rarely pedantic, just matter of fact. By delving into everyday narratives of underground life, 20 is real and real good. –– Edward Brown