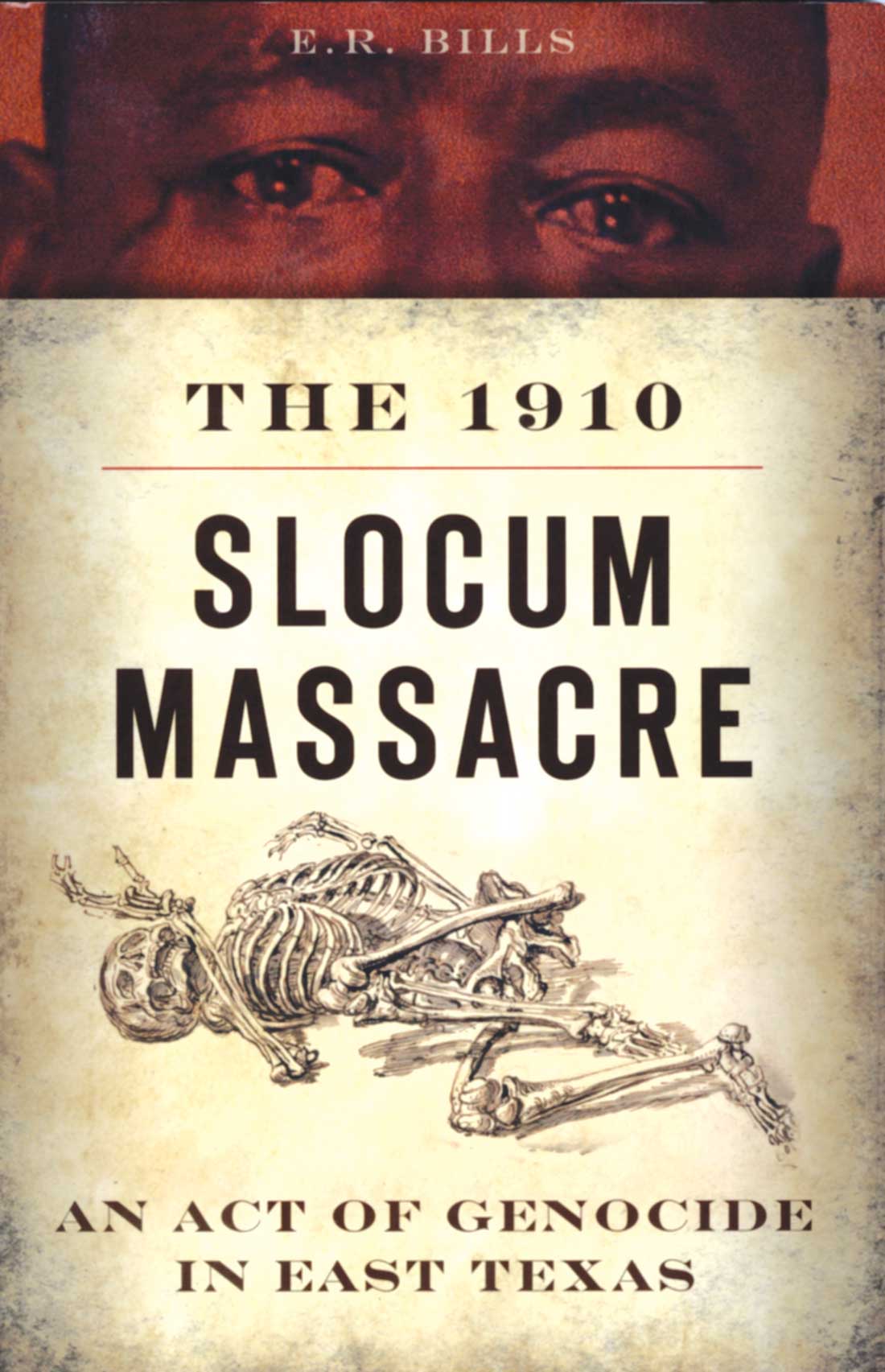 Nobody really knows why a group of white men went on a killing spree in the small East Texas town of Slocum in 1910. And until recently, nobody seemed to want to remember the shameful incident.

Erroneously reported by some newspapers of the era as a race riot or uprising perpetrated by black residents, the massacre was neither. It was cold-blooded mass murder. The victims, all African-Americans (although that term was not in use back then), had taken no actions that might have inflamed their assailants.

E.R. Bills, who has written guest columns for Fort Worth Weekly and other publications, tells the story in The 1910 Slocum Massacre. Other journalists have addressed the topic as well: Tim Madigan wrote about it for the Fort Worth Star-Telegram, and Betty Brink did the same for the Weekly. But Bills’ slender volume gathers together the basic facts, quotes from people who were involved, and some gruesome photographs. It’s a compact guide to the whole nasty tale. His earlier book on little-known events in Texas history is titled Texas Obscurities: Stories of the Peculiar, Exceptional & Nefarious.

At least three unrelated events could have contributed to the upwelling of fear, anger, and violence among the white men. A dispute over a debt owed by a black man seems hardly serious enough to have upset them so badly, although another misunderstanding might have catalyzed the mob. A road repair supervisor tasked a black man with spreading the word that volunteers were needed to undertake a project. Several white men misunderstood his message and believed he was being placed in charge of them. That was unacceptable. And the heavyweight boxing champion of the world, as of 1908, was Jack Johnson, a good-looking black man known to date (and marry) white women. One of his sweethearts was Mae West.

Who knows? The facts of the sorry matter are lost to time and memory. The causes will never be known, just as the number of slain men, women, and children will remain uncertain. Their bodies were left to decay in the woods or buried hastily in mass graves.

The primary instigator, Jim Spurger, took offense at the idea of a black road-crew supervisor and spread reports of blacks gathering and arming themselves in preparation for an uprising. No evidence supports his claims. But white citizens quaked in terror, gathered in churches and schools to defend themselves, and expected the worst. Meanwhile, the black citizens had no idea that they were in jeopardy.

The shootings began with three black teenagers on their way to feed their cattle. One was killed outright, one wounded, and one escaped. As news of their peril traveled among the community, black people who were able began to flee. Many were shot down, including an elderly couple who failed to leave their home. The violence escalated over several days.

White people in East Texas found it hard to accept that killing a black person was a crime. Lynchings were not uncommon. Still, 11 white men were taken into custody, and seven were indicted. Newspapers reported on the developments. Even The New York Times weighed in with a story under the headline, “Scores of Negroes Killed by Whites.” But all the accounts referred to race riots. The Abilene Daily Reporter put this headline on the story: “Whites Gathered Arms and Went Coon Hunting.” It was hardly fair and balanced reportage. In the end, no trials were held, interest waned, and the arrested men went home.

But few of the black residents who had fled came home. White citizens took over their properties and businesses. The majority race breathed a sigh of relief and promptly erased their memories.

Descendants of the victims, however, have not forgotten. In 2011 their efforts resulted in a resolution by the Texas Legislature acknowledging the horrors of the event and praising the virtues of “shining a light on previous injustices.” While the resolution was a step in the right direction, it also seems too little, too late.

Bills’ writing style is straightforward and engaging. He’s obviously done his homework, and the book includes endnotes and sources.

Several stories in the book don’t seem to relate directly to the massacre but rather to illustrate the tenor of the times. That’s no problem once the reader stops trying to connect dots in a direct sequence. It’s a good read, an astonishing record of man’s inhumanity to man.