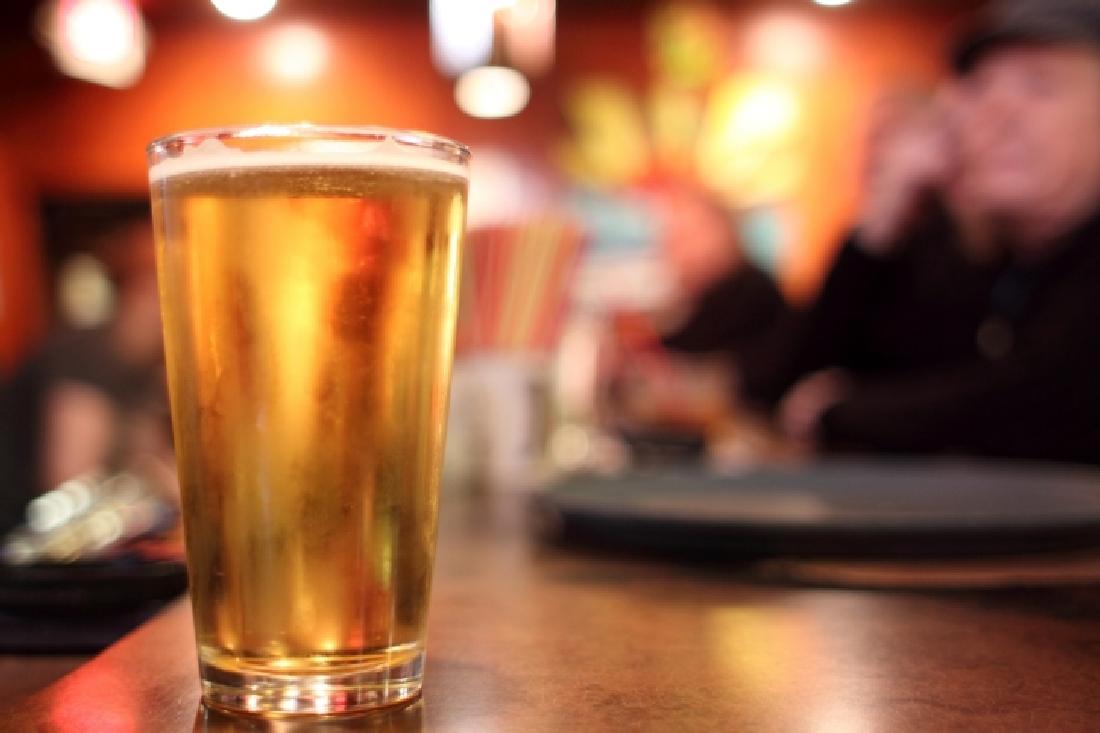 I’m not gonna lie. I sometimes wish Spencer’s Corner was still around. I’m not saying I sit at home pining for the long-gone fortress of trashy fun (though I do miss ogling the walls of framed late-’70s wet t-shirt photos screwed into the walls), but I did drive past its old building on the way to Ridgmar Mall the other day and thought how nice it would be to be able to go there for some beers in the event that the new X-Men movie drove me to drink.

I really liked Days of Future Past, thereby staving off the need for a ridiculous fanboyish bender. But Spencer’s crept into my consciousness again a couple days later at this place called Fuel Bar and Grill on Belknap Street near the border between Fort Worth and Haltom City. When it was in business, Spencer’s merely played at being a biker bar. Fuel openly proclaims it — I’ve driven past it plenty of times and seen its patio crammed with bikers and their old ladies, its parking lot a pen of growling, revving motorcycles.

When I went, it was for lunch on a weekday, so the crowd was a little tamer, a little less leather vest-y, and certainly smaller but fun to sit around with nonetheless. Like Spencer’s, about half of Fuel’s wall space is covered with photos of regulars in various modes of L-I-V-I-N — recurring themes are bikes, breasts, beards, and beer — while the rest is the usual beer signs and such. Despite the potential for a locals-only atmosphere, the staffers on hand were friendly and attentive, and the regulars who’d dropped in for lunch beers affable and funny.

I sat at the bar, taking the occasional pull off a Miller Lite as I waited for a burger, commenting to myself that if I ever opened my own place, I’d put one of those armrest/bumper things at the outer edge of the bar top. The one bordering Fuel’s compact, L-shaped bar was (possibly) old walnut, smoothed by years of being rested on by forearms in front of domestic beers and whiskey. Lit by black lights and a flat screen in the corner, the bar was an appealing backdrop for eavesdropping or zoning out over a cocktail — the liquor bottles are set off by strings of white LEDs leading to a backbar mirror bordered in dollar bills, the whole milieu tinged with cigarette smoke.

Besides the requisite stock of hard stuff and biker beers (Lone Star, PBR, macrobrews, and “imports” like Corona and Red Hard Cider), there’s also pool, Golden Tee, and one of those punching games, the kind installed at least in Urban Cowboy to cut down on fights. I couldn’t tell whether or not Fuel put in the Punch-a-Tron or whatever it’s called for a similar purpose, but I also couldn’t imagine people getting too far out of line at the place — seems like the employees and native citizens would nip that shit in the bud before it could bloom into a boxing match.

But then again, maybe the occasional shove-’n’-shit-talk session is part of the regular entertainment at a joint like Fuel. I’d probably have to go on a weekend night to find out, likely sticking out like a Mormon missionary at Sturgiss, but if the Friday night vibe is as amicable as Monday afternoon’s, I doubt anyone would care. In fact, if a Mormon missionary parked his bike among the hogs and choppers and wandered inside, I’m pretty sure somebody at Fuel would insist on buying him a drink. It’s too bad Fuel is on the opposite side of town than me, but if it doesn’t share Spencer’s convenience, at least it mirrors the parts of Spencer’s I liked best. –– Steve Steward