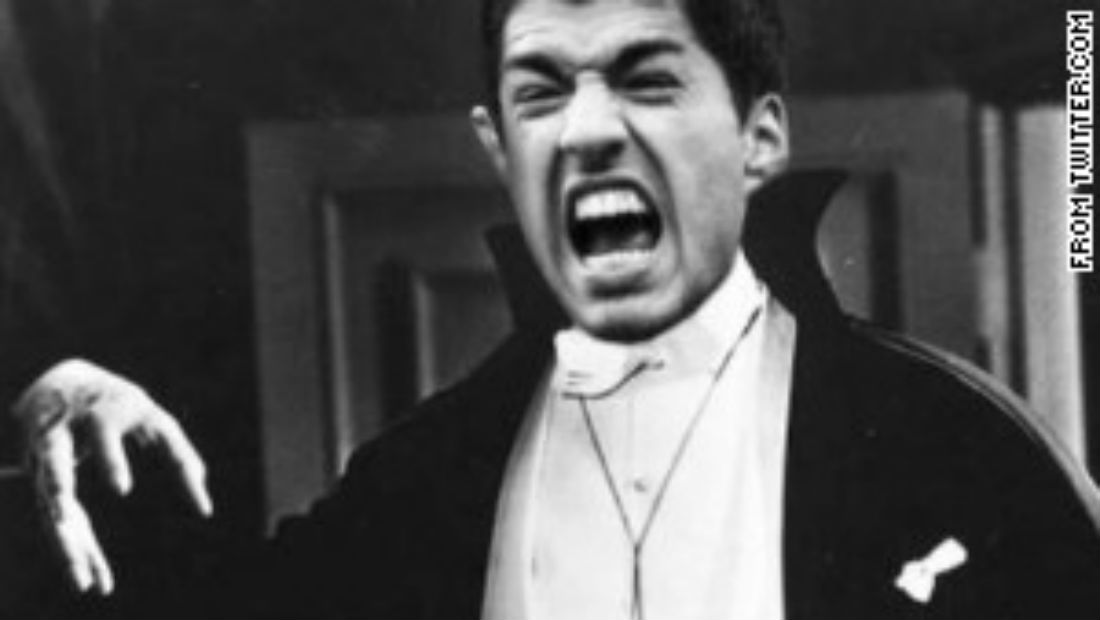 I’ll have another World Cup post after USA’s game tomorrow, but this item is so good it deserves its own post. Fort Worth Vaqueros didn’t waste any time after Luis Suárez had yet another moment of madness during Uruguay’s victory over Italy, biting opposing defender Giorgio Chiellini in the game’s latter stages. Not six hours after the final whistle blew, the local minor league team announced a “Luis Suárez Fang Night” for Sunday’s game against Dallas City. The first 50 fans showing up to the owner’s pregame barbecue will receive a free pair of fangs that will be good for free admission to the game. We’ve probably seen the last of the player known as “El Caníbal” during this World Cup, and possibly the rest of 2014, so join the crowd at LaGrave Field and give him a send-off.